These strange radio signals might not be coming from stars

Strange radio signals from red dwarfs could be the start of a whole new way to look for exoplanets. 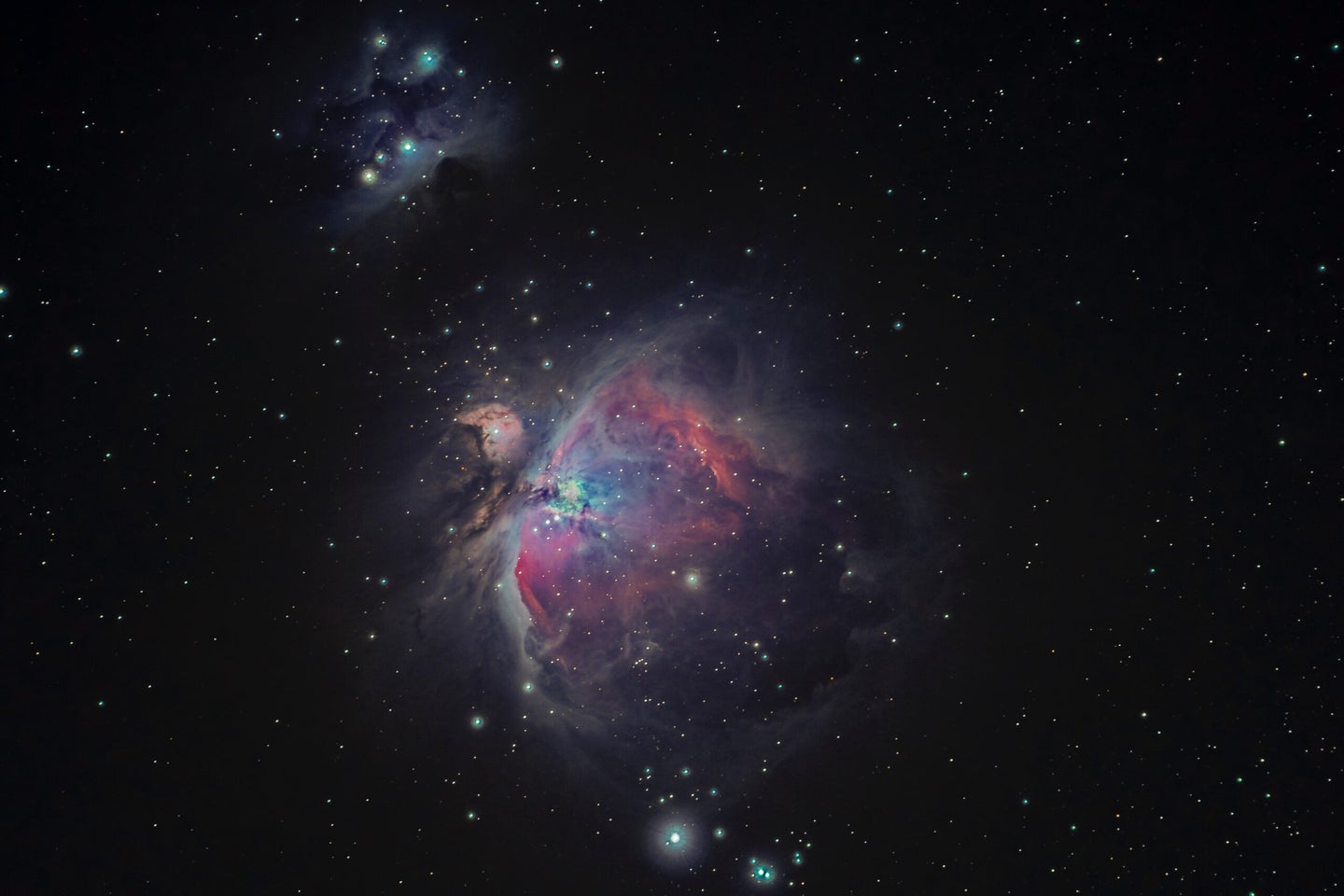 The Orion Nebula, because we can't show you the radio signals. Unsplash
SHARE

A team of astronomers found 19 strange radio signals from red dwarf stars, four of which they think could be coming from orbiting exoplanets, potentially marking the first time exoplanets have been discovered using radio frequencies.

Detecting these stars wasn’t a big deal—they were all relatively close to Earth and the team compared the detections with existing optical observations—but “discovering them in radio was a big deal,” because they shouldn’t be bright in radio frequencies, says Joe Callingham, a radio astronomer at Leiden University in the Netherlands and lead author of the study. He and his colleagues used a massive radio telescope called the Low Frequency Array or LOFAR to look at nearby red dwarfs in radio frequencies, and published their findings in the journal Nature Astronomy.

Stars aren’t very bright in radio frequencies. If you could turn your eyes into radio antennae, when you looked into the sky, “you would not see stars, generally,” Callingham says, “you’d see the sun a little bit, you’d see Jupiter really bright, and you would see mostly galaxies.”

The team haven’t proved any of these signals are from exoplanets, but after weighing the possible explanations of the strange radio signals, they consider exoplanets a good bet for four of the stars, Callingham says.

The exoplanet hypothesis is “definitely one possibility,” agrees Jake Turner, a radio astronomer at Cornell University who was not involved in the study, and last year measured a radio signal which may also have been generated by an exoplanet. “There’s so much about [red] dwarfs we don’t understand,” he says, so these readings could also be explained by stellar physics that we don’t yet comprehend.

To make sense of the 19 signals, the team focused on what Callingham calls the most “boring stars.”

Though stars are usually radio-dim, the most active ones—those that have many solar flares and coronal mass ejections—often produce radio signals. There’s also a correlation between how quickly a star rotates and how much activity is in its corona, the shroud of plasma that wreathes the star. The slower and more boring a star is, the less likely it is to give off radio signals, and the more likely the signal is coming from an exoplanet, Callinghan says.

As for how an exoplanet would make a radio signal, we have a great analog for the process in our own solar system.

Jupiter is the loudest pirate radio station in the solar system because it interacts with Io, one of its largest moons, in a way that produces tons of radio waves. By looking at Jupiter, scientists know this type of interaction produces a distinct kind of light called circularly polarized light. The four most promising radio signals had 60-100 percent of their light polarized this way, Callingham says. For comparison, he says, an active star alone shouldn’t be above 50 percent.

It’s hard for a star to produce these kind of radio signals, Callingham says, “that’s how we knew we’re on to something really special.”

Jupiter and Io make their bright radio emission through two means. One is through solar winds. Just like Earth, solar winds blast Jupiter with electrons, and the magnetic field which wraps the planet funnels the electrons to the poles, Callingham says. The shower of electrons makes beautiful auroras and emits radio waves.

Though striking, this is the lesser contributor to Jupiter’s radio emissions. The main method is the motion of Io around the planet, which creates a kind of huge electric generator.

Any electric generator works by making a conductor move within a magnetic field. The magnetic field pushes on electric charges in the conductor and makes them flow. In our solar system, Jupiter is the magnet and Io (along with its cloud of volcanically-launched particles) is the conductor moving around it. This motion accelerates nearby electrons, which then shoot off their excess energy in the form of radio waves which become brighter or dimmer depending on the angle we’re seeing them from.

Astronomers think exoplanets and their host stars could be playing out this Jupiter-Io interaction to generate radio signals which should cycle over time like Jupiter’s.

Callingham and his collaborators are now trying to get more data from the most promising red dwarfs to see if and how their radio signals change over time, which could sort out whether they’re exoplanets.

Astronomers will only be able to verify the existence of these planets with more observations. The upcoming upgrade to the LOFAR telescope, LOFAR2.0, and eventually the Square Kilometer Array project, will allow for much higher resolution data to help solve these kinds of astronomical puzzles, Turner says.

For the time being, Callingham thinks exoplanets aren’t too far-fetched an explanation. “Like our optical colleagues have shown us, most stars do have exoplanets…so it’s actually not that wild,” Callingham says. With thousands of exoplanets discovered in just a few decades, the landscape is changing rapidly. “In 1996 if I tried to do this,” he says, “I would have been laughed out of the room.”