Distant Red Giant Caught Devouring One of Its Planets

Astronomers have glimpsed the first evidence of a dying star devouring one of its planets, a fate that may await... 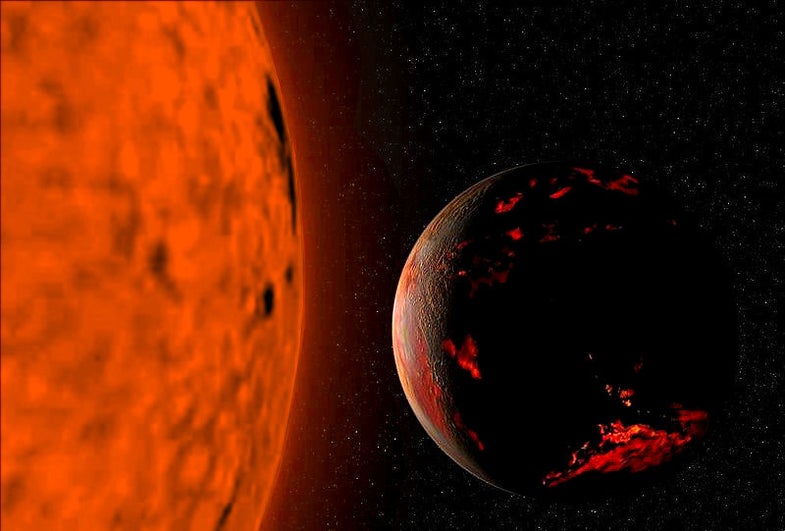 Astronomers have glimpsed the first evidence of a dying star devouring one of its planets, a fate that may await the inner planets — including Earth — in our own solar system. The star in the new study swallowed its planet as it mushroomed into a red giant.

The star, BD+48 740, is older than the sun and about 11 times bigger. It’s located in the Perseus constellation. Astronomy professor Alex Wolszczan of Penn State was looking at it as part of a survey of old sun-like stars. The team is searching for exoplanets around red giants, partly because so few are known to exist — this may be because they’ve been swallowed up already, Wolszczan and colleagues write.

The team, which included astronomers from Poland and Spain, performed a detailed spectral analysis of the star to see what it contained. They found lots of lithium, which is strange for such a huge, old star. Lithium mostly formed during the Big Bang, and it does not last very long inside stars, so the presence of the element indicated that the star must have swallowed a planet.

While observing the star, the team also found another planet, this one a lot larger than the putative planet the star already consumed. It’s about 1.6 times the size of Jupiter, as evidenced by its influence on the star, and it is in a very strange elliptical orbit. The team says this surviving planet’s orbit suggests the missing planet dived into the star and gave its sibling a boost of energy, kicking it out like a boomerang.

“The highly elongated orbit of the massive planet we discovered around this lithium-polluted red-giant star is exactly the kind of evidence that would point to the star’s recent destruction of its now-missing planet,” study co-author Eva Villaver of the Universidad Autonoma de Madrid in Spain said in a statement.

The process is not something astronomers would normally see because it happens pretty quickly, at least relative to the star’s distance from Earth. But chemical analysis contains all the evidence they need. The study appears in Astrophysical Journal Letters.