The Chelyabinsk meteorite came from a well-known family of Earth-crossing space rocks known as the Apollo asteroids. 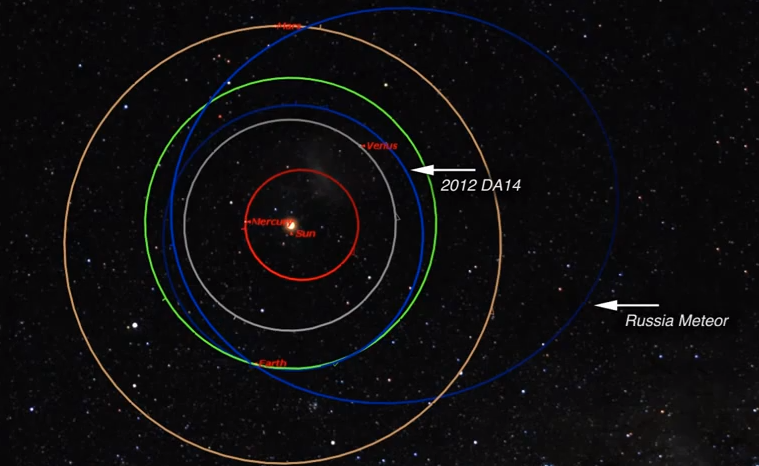 Thanks to dozens of video reports, scientists are getting a pretty good handle on the life history of the massive meteorite that exploded above Russia earlier this month. They know it is rocky and a common type, and now they know where it probably came from. Scientists are scrambling to publish papers describing its origins in the middle of the solar system.

The asteroid chip that became the recent meteorite came from a spot in the asteroid belt near Jupiter, about 2.5 times further from the sun than Earth is, according to NASA.

At the University of Antioquia in Colombia, astronomers Jorge I. Zuluaga and Ignacio Ferrin produced a preliminary reconstruction of its orbit around the sun. It came from a well-known group of asteroids that frequently cross paths with Earth, known as the Apollo asteroids. Astronomers have seen about 240 that are larger than a kilometer in diameter, but speculate that about 2,000 similarly sized space rocks exist. As for rocks of Chelyabinsk size? There could be 80 million.

The space rock’s trajectory can also be determined through infrasound, astronomers said. Infrasound ripples spread through the atmosphere as the meteorite exploded, and by examining their patterns, scientists can figure out which direction the meteor traveled and how much energy it unleashed. Elephants and homing pigeons can hear it, but all humans can do is turn to the infrasound stations monitored by the Comprehensive Test Ban Treaty Organization.

“We would like to know not only where it came from, but how big it was, how coherent it was, where it stated breaking up, where its terminal impact was,” said Bill McKinnon, professor of Earth and Planetary Sciences at Washington University in St. Louis. “People have studied the entry of these sort of meteors before, but they’re usually not quite so big. We haven’t had a chance to have such a good instrumented look at these things … they don’t undergo terminal deceleration over a city of a million people.”

Nobody could see it coming because it careened toward Earth from the same direction as the sun, so no telescopes could have detected it. But video cameras throughout Russia captured its entry, and Zuluanga and Ferrin use these to reconstruct the space rock’s orbit. They used trigonometry to determine its speed, height and position–it entered at a shallow 30-degree angle–and then they calculated its height, elevation and geolocation at its so-called “brightening point,” when it becomes bright enough to cast a shadow in the videos. They plugged this data into a model that computes the gravitational influence of the moon, Earth and other planets, and figured out it was an Apollo group asteroid. Their paper is posted to the physics arXiv preprint server, and McKinnon notes there are probably many more to come. 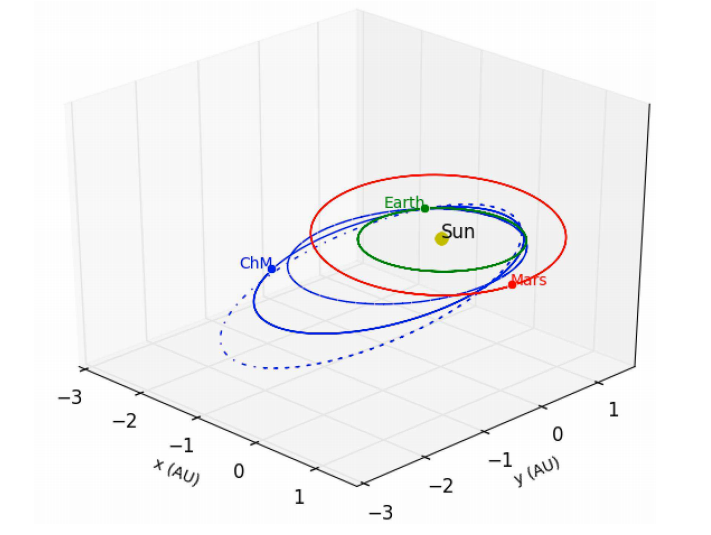