Pebble Is Releasing A Circular Smartwatch: ‘Time Round’ Arrives November 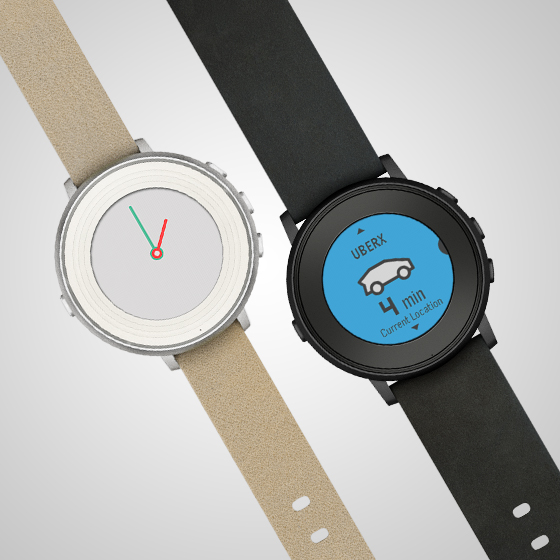 Pebble was one of the first companies to bring smartwatches to the masses back in 2013 after its wildly successful Kickstarter crowdfunding campaign. Now it is changing shape, quite literally: the new Pebble Time Round, announced yesterday, is startup company’s first circular product in the smartwatch space.

Round smartwatch faces aren’t quite as novel as they used to be, with Samsung, Motorola, LG, and Huawei all offering circular devices. Though with Apple continuing to only offer its Watch with square faces (now in “rose gold“), Pebble’s device, which is compatible with iOS and Android, is an important product. It starts at $249 and begins shipping in November.

The most striking aspect of the Time Round is its design. The circular face is immediately distinctive from previous Pebble watches, the Time and the Time Steel. Like those, however, the device’s “E-paper” LCD screen and prominent bezel have made their way to the Round. Pebble’s new OS, which supports a color display, is coming to the Time Round as well. One of the areas where this smartwatch differentiates itself most is in its thinness: it’s 7.5mm-thick, compared to the 9.5-mm Time Steel and 10.5-mm Time.

Some smartwatch reviewers and users have complained about the Moto 360 and Huawei Watch’s large bodies when seen from the side, and at 11.4-mm and 11.3-mm respectively, the Time Round is obviously significantly thinner. At the same time, the new device still offers the three buttons on the side allowing users to traverse the Pebble’s UI without looking down at the screen. Unfortunately for fans of touchscreens, the device is still without one.

At the moment, the round smartwatches to beat are Motorola’s new Moto 360, the Huawei Watch and the LG Urbane—all running Google’s Android Wear software. In the past Pebble was one of the few smartwatches to play nicely with both the iPhone and Android devices, a major potential selling point. But as of just a few weeks ago, Android Wear devices can now also pair with Apple’s iOS. That’s another good reason why it makes sense for Pebble, which is still revered as one of the most successful little crowdfunding “engines that could,” is thinking outside the box—and going circular this time around.