The New Moto 360 Has Been Revealed

Can you spot the difference?

There are many circular-screened smartwatches coming to market, but the original Moto 360 started the trend last year. Now, Motorola’s introduced the sequel at IFA 2015.

The Moto 360 2 (which is actually called just the Moto 360) brings some interesting changes to Motorola’s smartwatch offering. Many of version one’s shortcomings have been addressed in this latest iteration. Some users took issue with the device’s large size. In the 2015 version of the Moto 360, users can choose between 42 mm and 46 mm models. Lugs on each side of the device make strap replacement much easier than in the past, while still adhering to basic band standards—unlike the Apple Watch or select versions of Samsung’s Gear S2, which use their own proprietary bands.

But other nitpicks related to previous Moto 360 have made their way over to the upcoming version. Mainly the “flat tire” — the Moto 360 has a round display, but doesn’t actually span a full 360 degrees. The bottom of the Moto’s screen brings a black bar, containing display drivers usually bordering the screen, as well the ambient light sensor. It was less of an issue when the Moto 360 was the only round smartwatch out there, though with every manufacturer from LG to Huawei bringing fully round displays to wrists via Android Wear, many hoped to see this change.

The new Moto 360 offers a greater level of customization

Aside from the return of the hated black bar, the new Moto 360 offers better battery life (1.5 to 2 days, depending on size) and greater customization. Along with the Moto 360, Motorola is introducing the new 360 Sport, a more durable option. The silicone band is more resilient, but can’t be changed like the Apple Watch Sport can.

And for those people with an iPhone who’ve already decided against a Pebble or Apple Watch, they can look forward to the Moto 360 too: Motorola’s device is among the smartwatches that run the newest version of the Android Wear operating system, which is compatible with Apple’s iOS. Using Google’s companion app, Moto 360 wearers can connect to their iPhone. That gives the Moto 360 a clear compatibility advantage over Samsung’s Gear S2 watch, which runs Samsung’s Tizen operating system.

The 2015 Moto 360 will also get a bump in processing power with a 1.2GHz Snapdragon 400 processor. The 2014 model shipped with subpar specs from day 1, so it’s nice to note that the same can’t be said for the latest version. While both old and new Moto 360 brought 46mm screens, only the second boasts a 233 pixels-per-inch in the same physical area (the first display contains 205-ppi). All these upgrades come at a cost, however: double the starting price from last year — from $150 to $300. That said, those wanting the latest and greatest Motorola wearable have a clear choice. 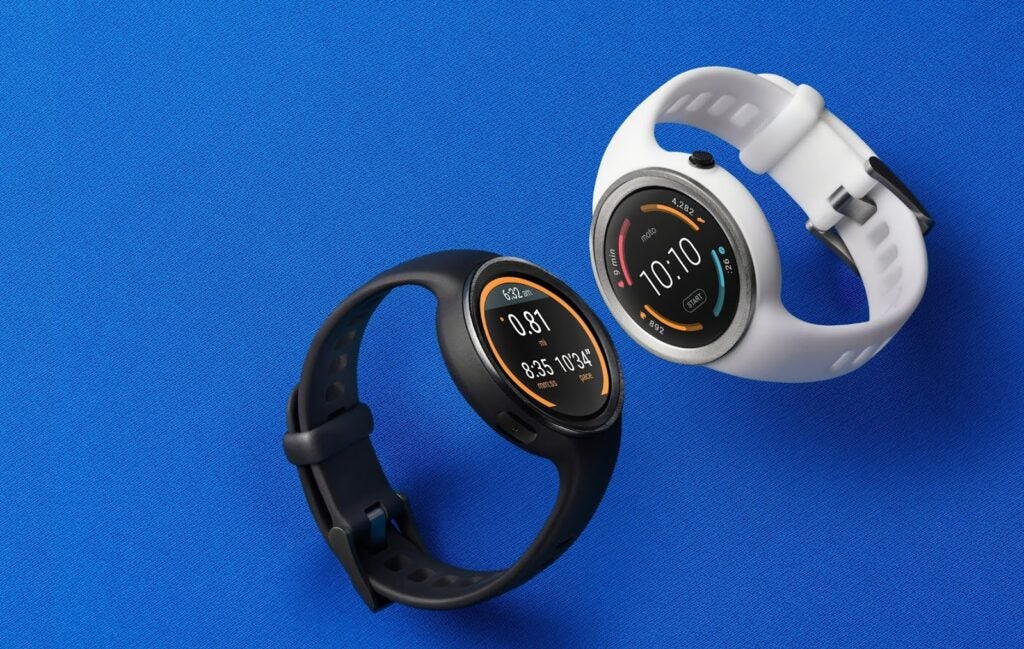