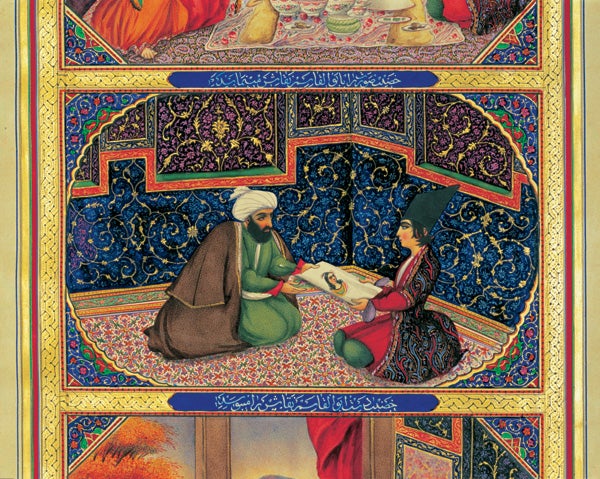 Computer scientists from the Georgia Institute of Technology have created an algorithm that crafts interactive fictional stories based on similar stories written by humans, according to a recent study and an article on Motherboard.

Most choose-your-own-adventure stories have a simple branching structure—choose to go right in the path in the woods and your options will be different than if you chose to go left. Many video games are structured this way, too. This type of story can be limiting and demands a lot of work from the author. Coming up with new plot points that fit together into a narrative become increasingly difficult, the study authors write.

The algorithm, called Scheherazade-IF and named after the storyteller in One Thousand And One Nights, works by constructing narratives based on crowdsourced stories. For each type of scenario, like going on a movie date or robbing a bank, the algorithm draws from hundreds of stories on the same topic to pick out important plot points and determine their order. Then it could present each option to the human “reader” who could make the story her own. The resulting story can be much more complex and rich than the simple branching architecture.

The researchers were surprised at some of the plot points the algorithm found. “When we first tried the date at the movie theatre, we expected to see things about buying concessions, finding seats, etc,” Mark Riedl, one of the study authors, told Motherboard. “The system learned that people should hold hands and kiss. This was great, because it is the sort of thing that we geeky AI researchers might have overlooked if we had to program the ‘script’ for going to a movie theater.”

In the study, the researchers put the algorithm to the test. They had readers compare stories crafted by Scheherazade-IF against software that generated random stories (that the researchers considered less sophisticated than their algorithm) and “perfect” software that sourced its story from just one human author. In 120 tests of three different narratives, Scheherazade-IF did much better than the randomly generated stories. It usually did as well as the “perfect” software, but in some cases it had errors in the story order that didn’t make sense to the reader.

The writing in these computerized stories isn’t the most imaginative you’ve ever read—actions generally need to be described in one sentence. And it looks like humans are still more creative. That’s why, in the future, the researchers plan to crowdsource more problems that could arise in these scenarios to elevate the drama. The prose might become more sophisticated in the future, too; the researchers hope to work out some of the bugs, allow for more user preferences, and use similar narrative-generating software to craft more creative video games.