New Wearable Device Could Protect Against HIV and Pregnancy

This intravaginal ring will be the first of its kind to begin clinical trials. 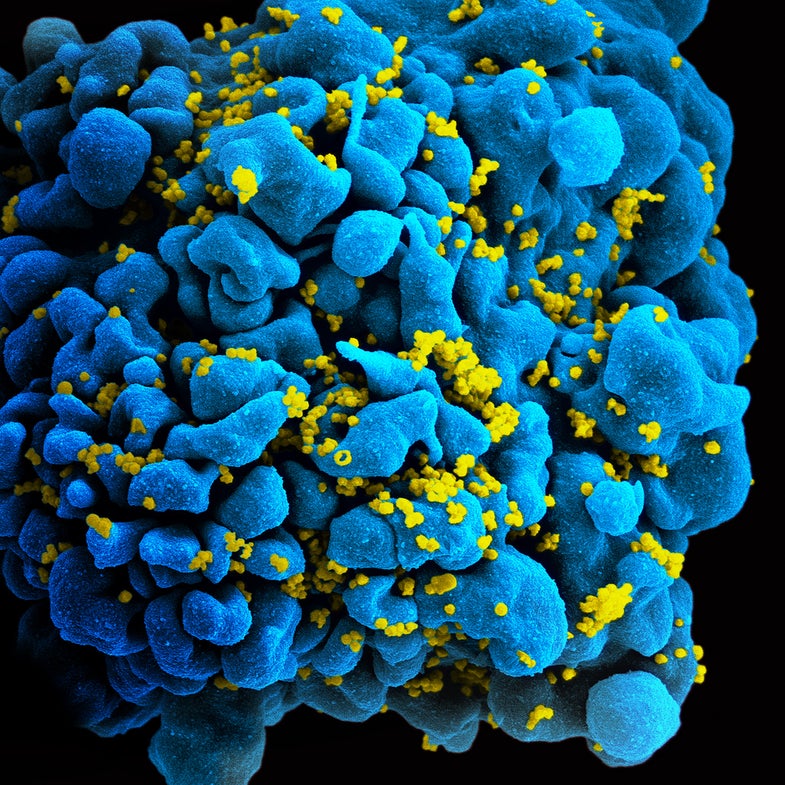 If a sexually active woman wants to protect herself from unwanted pregnancy and HIV using a single method, she has always been limited to condoms. A new paper, released today in PLOS ONE details a first-of-its-kind device that provides an alternative.

The two drugs are vastly different, not just in their purposes, but also in their properties: tenofovir is water-soluble, but levonorgestrel is water-insoluble. 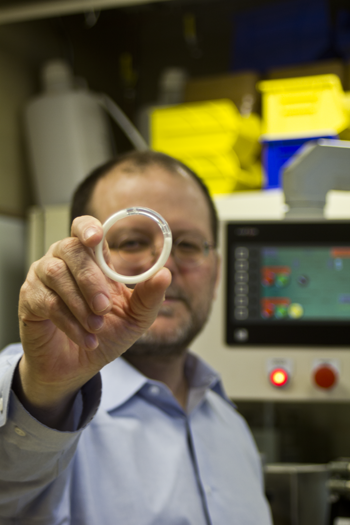 This presents an engineering problem, since the drugs are diffused through the material of the ring (in this case, the ring)—meaning the material needs to accommodate the properties of the drug. The researchers decided to use two different polyurethane polymers, one for each reservoir, with a third polymer in between the two drug reservoirs to prevent commingling. This ensures that tenofovir is diffused in a much higher dose: 10 milligrams dispensed for every 10 or 20 micrograms of lenovorgestrel. In the image at left, the larger white reservoir contains tenofovir, and the clear, smaller reservoir contains levonorgestrel. The two reservoirs are welded together, basically creating two devices in one.

“That was a big challenge,” Kiser says. “The material in the commonly used IVR is not up to the job. It can deliver the hormone, but not the tenofovir.”

The innovation, which has been in development for five years, comes amidst what Kiser calls a renewed interest in finding a better way to fight HIV before it’s contracted. Innovation in the IVR has remained largely flat since it was invented in 1970.

“It was essentially two different Ph.D. theses. One is making the antiretroviral part of the device, and the other is the contraceptive device,” Kiser says.

Kiser had some help, given his prior research to develop an intravaginal ring that is just for HIV prevention, using only the tenofovir. In the new IVR, the two different drugs were chosen for their common use, and because they’re already approved by the FDA. Tenofovir is currently taken orally by HIV-positive patients, and levonorgestrel is found in the Mirena IUD and Plan B.

After finalizing the investigational new drug application with the FDA, they’ll get ready for clinical trials, with funding help from CONRAD (a reproductive health and HIV prevention organization). If the trials go well, Kiser hopes the IVR could give women around the world, but especially in the developing world, more control.

“Products of this class could, with other drugs, have a realy big impact on women’s health,” Kiser says. “That’s what we’re shooting for, here.”