Video: In The Philippines, Mobile Micro-Entrepreneurs Make A Difference

Putting money where your mobile is 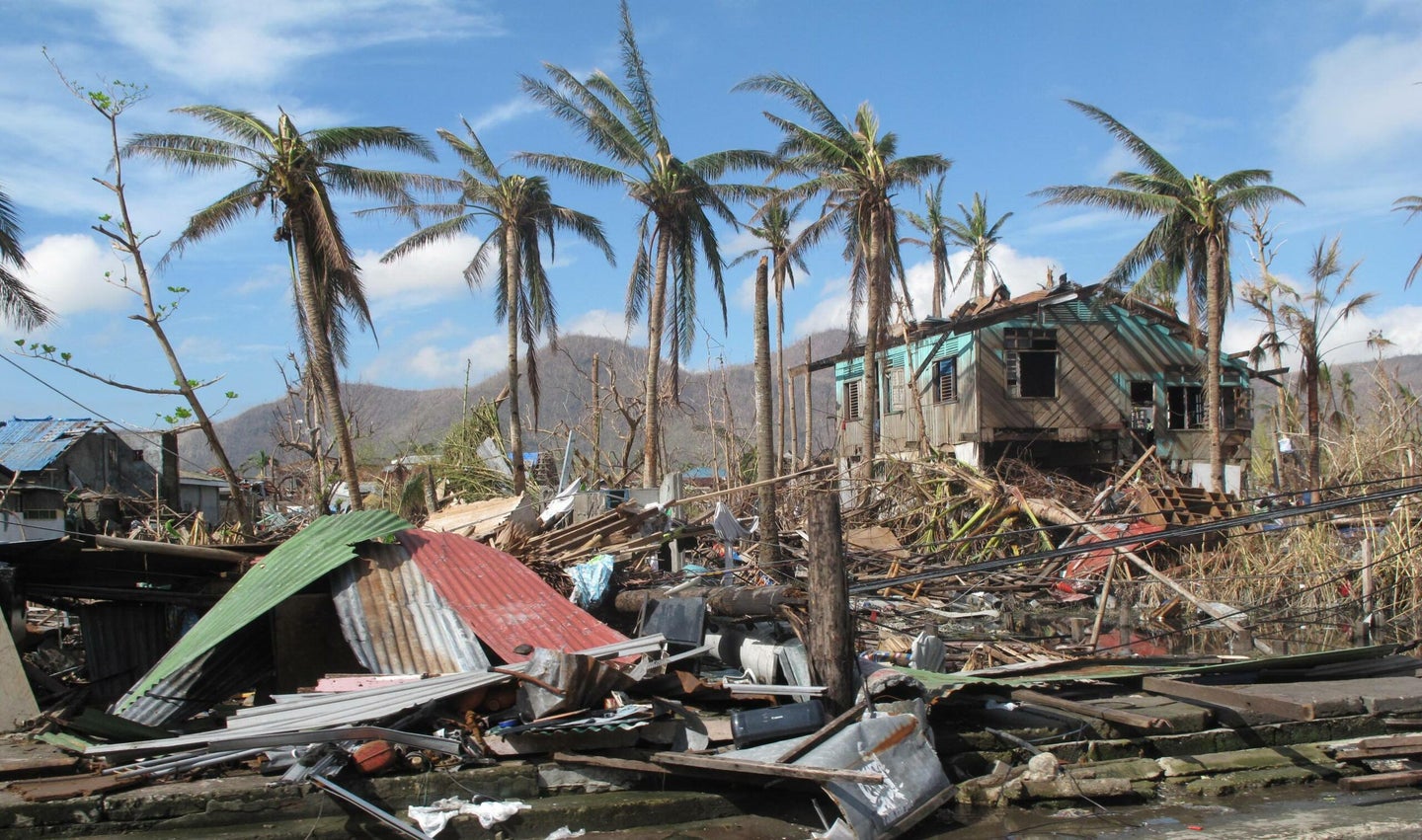 In 2013, one of the strongest storms to make landfall swept through the Philippines, with sustained wind speeds of up to 195 miles per hour. The Category 5 typhoon, named Haiyan, and known as Yolanda in the Philippines, killed more than 6,000 people, displaced 4.1 million people and caused $2.86 billion in damages. Leyte was the hardest hit region, and upon my arrival, it’s clear that rebuilding takes time. In the middle of the city, a massive shipping vessel has taken permanent residence, after being washed ashore two years ago. Many areas take on the appearance of shantytowns. A number of neighborhoods that were destroyed by the massive storm have yet to be rebuilt.

But look closer, and you can see progress amid the destruction. Today, women micro-entrepreneurs on the island are working hard to rebuild the economy, with the help of mobile technology. The women, who are referred to as “Nanay” (that’s Tagalog for Mother), are discovering opportunities to act as mobile money agents, thanks to the Hapinoy Mobile Money Hub Program, an initiative of Qualcomm Wireless Reach (Note: Qualcomm Wireless Reach paid for travel expenses for this story.)

These women all have one thing in common: they own sari-sari shops, which are like neighborhood convenience store kiosks, selling snacks and other items, that are often based out of their home. Through Hapinoy, the women have been outfitted with mobile phones and trained to also provide financial services from their shops. More than 100 agents make up the Hapinoy Network.

That’s a bigger deal than it may sound. In the Philippines, 37 percent of municipalities lack a bank. To send and receive money, residents have to invest time and money to travel to the closest city that does have a bank. Unless, that is, one of the neighborhood convenience stores participates in the Hapinoy Network. With mobile penetration at 114 percent in the Philippines, the micro-entrepreneurs are making a big difference in their communities, and even those that were slow to adopt tech are realizing the value. The Hapinoy Network distributes smart phones and trains participants to help customers with financial services such as sending and receiving mobile money, remittances, and bill and loan payment using a smartphone. Hapinoy agents can also sell airtime, and are instrumental in educating customers about the benefits of a smart phone, beyond making calls and sending text messages. In return, the agents get new revenue streams from their services and report seeing higher foot traffic in their stores.

It’s an important development, not only for these communities, but on a global level. U.N. Secretary General Ban Ki-moon has repeatedly called from women’s economic empowerment and rights across the globe.

According to research by United Nations University—the research arm of the United Nations—mobile phones have a positive financial impact when used for business purposes in developing countries. According to Brookings, at least 85 developing countries now have at least one mobile money service. The first entirely mobile microfinance business, Musoni, launched in Kenya in 2009, and has loaned more than $15 million to African entrepreneurs. Nokia has led a micro-entrepreneur program, and so has Better Than Cash Alliance and GSMA. Mobile technology truly has the power to offer a financial network to people living in poverty across the world.

In Leyte, Alicia Dumdum has owned a sari-sari business for more than 30 years. When the typhoon hit, she lost nearly everything: 23 family members were killed, and her business was washed away. She still gets emotional talking about it. “My store was really destroyed by typhoon. Yes, nothing,” she says. “I was left with nothing.”

She was approached by representatives of the Hapinoy Mobile Money Hub Program, and trained to provide financial services in her community. She uses her Android phone to help people in the community send and receive money.

Peonyfe Antoc, who has owned a sari-sari store for six years, says that Hapinoy has also helped her business since it was damaged by the typhoon.

“In my mobile business, I have money sending and receiving transactions, and I got a lot of customers coming in,” says Antoc. “I was given a smartphone for business by Hapinoy that I can use. It’s a big help to my business.” Before, she says, her customers had to travel to to find a bank. Now, they can come to her.

The home and sari-sari shop of Bella Sadongdong was washed away during the typhoon. With the Hapinoy program’s help, she rebuilt it.

Because her store is located near Eastern Visayas Regional Medical Center, she says that many of her customers need financial help immediately. In fact, she often delivers remittance money to customers inside the hospital, when they are unable to leave and walk to her store.

Today, Sadongdong’s work has returned her sense of purpose: “I am back to my livelihood and I feel happy,” she says.