Sony’s Next Smartwatch Might Be Made Entirely From E-Paper

But will its display be only fifty shades of gray? 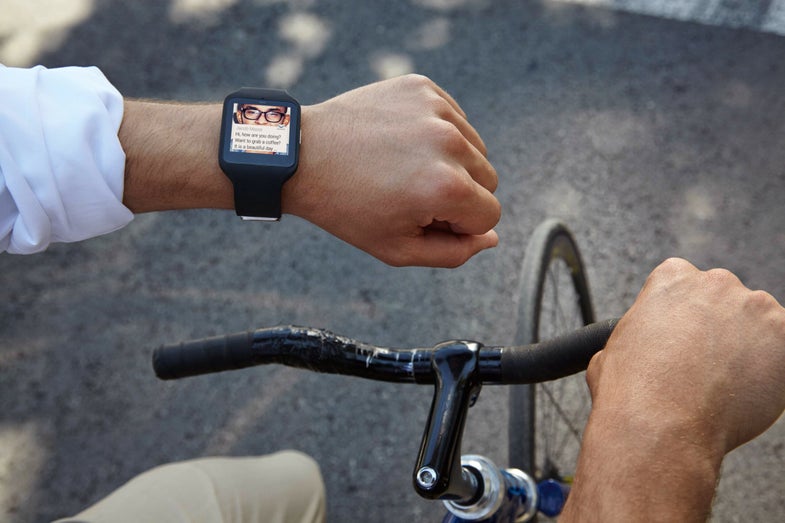 What time is it? Time to get a smartwatch made entirely out of electronic paper. That’s what Sony’s rumored to launch sometime next year, according to Bloomberg, and it makes sense: There’s intense and burgeoning interest in wearable technology.

What would set Sony’s hypothetical gadget apart from the competition is that the whole thing—display and band—is supposed to be made of e-paper. This is the same material that makes up the screen of your Kindle, and it requires much less power than a full-color LCD screen of the type you’ll see in the Apple Watch or Motorola 360. It’s also more visible in bright light. There are also drawbacks, however, including grayscale-only graphics.

This wouldn’t be Sony’s first smartwatch. The company recently launched an Android-compatible SmartWatch line (pictured above). But with this model, Sony’s said to be valuing style over substance; i.e. e-paper would allow the device to change its appearance entirely, potentially letting people tweak its look to match an outfit (at least by pattern—again, e-paper can’t yet produce color). But it would also probably be less technologically capable than the Apple and Motorola offerings.

There’s already competition in the e-paper smartwatch market, though. Pebble, for example, has sold e-ink smartwatches since 2013, and with its (relatively modest) longevity and expansive app catalog, right now it’s the one to beat in the nascent wearables market. (Even the relative power efficiency of an e-ink display hasn’t been able to completely compensate for battery challenges; my own Pebble requires recharging every day or two, though I know others who manage to get nearly a full week’s charge out of it.) 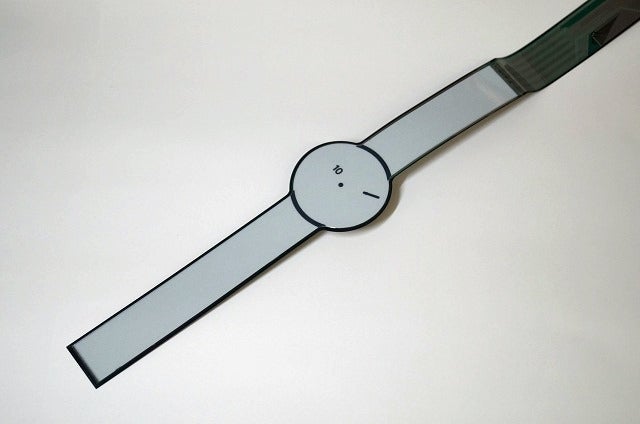 The FES Watch is a crowdfunded project in Japan that’s also built entirely from e-paper.

Sony also wouldn’t be the first to the whole-watch-is-a-display idea. The FES Watch, which recently hit its funding goal on Japanese crowdfunding site Makuake, uses an all–e-ink design that offers a couple dozen preset design patterns. But that’s as far as its “smart” abilities seem to go—it’s mainly intended as a watch.

Sony’s foray seems borne of a certain amount of desperation, too. Their product would come out of a new division that exists to develop new, exciting products, which Sony clearly hopes can help revamp its image, and perhaps even harken back to the company’s innovative days of yore. But it has lost a lot of ground—and money—over the past several years, and one e-paper watch probably isn’t going to, well, turn back the clock.