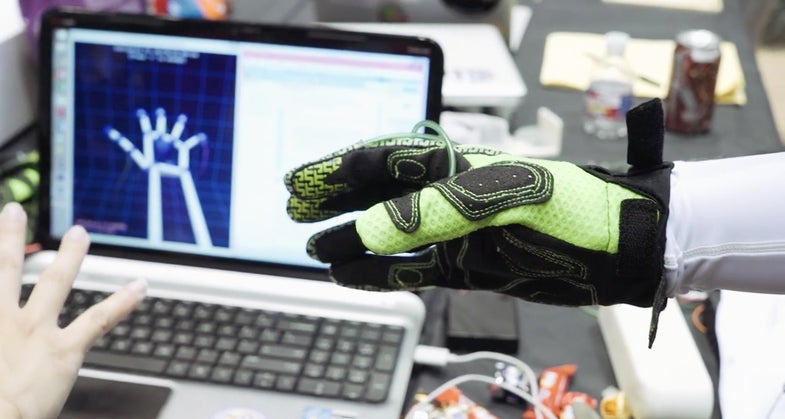 Virtual reality has typically focused on matters of sight and sound, but increasingly people are investigating a way to make those experiences tactile as well. A team of student engineers at Rice University has developed a clever pair of VR gloves that make it feel like you’re actually interacting with virtual objects.

Unlike most haptic systems, which rely on some sort of vibration motor, the technology behind the Hands Omni gloves instead uses something simpler: air. Small bladders are placed in the gloves’ fingertips and, when the user reaches out to grab something in the virtual game world, the device selectively inflates those bladders, putting pressure on the user’s fingertips and evoking the sensation of actually touching a physical object.

While the team hasn’t divulged the exact nature of how it translates objects in the games into the corresponding sensations, the device does allow the fingertip bladders to be inflated and deflated independently, allowing the gloves to create a different feel depending on the object that’s being interacted with. (The bladders for the pinky and ring fingers are currently linked together, however.) The glove itself is designed not to restrict movement, and at 350 grams should be light enough that it’s not too distracting to players.