Toe-Tickling Shoes Let You Navigate The City By Touch 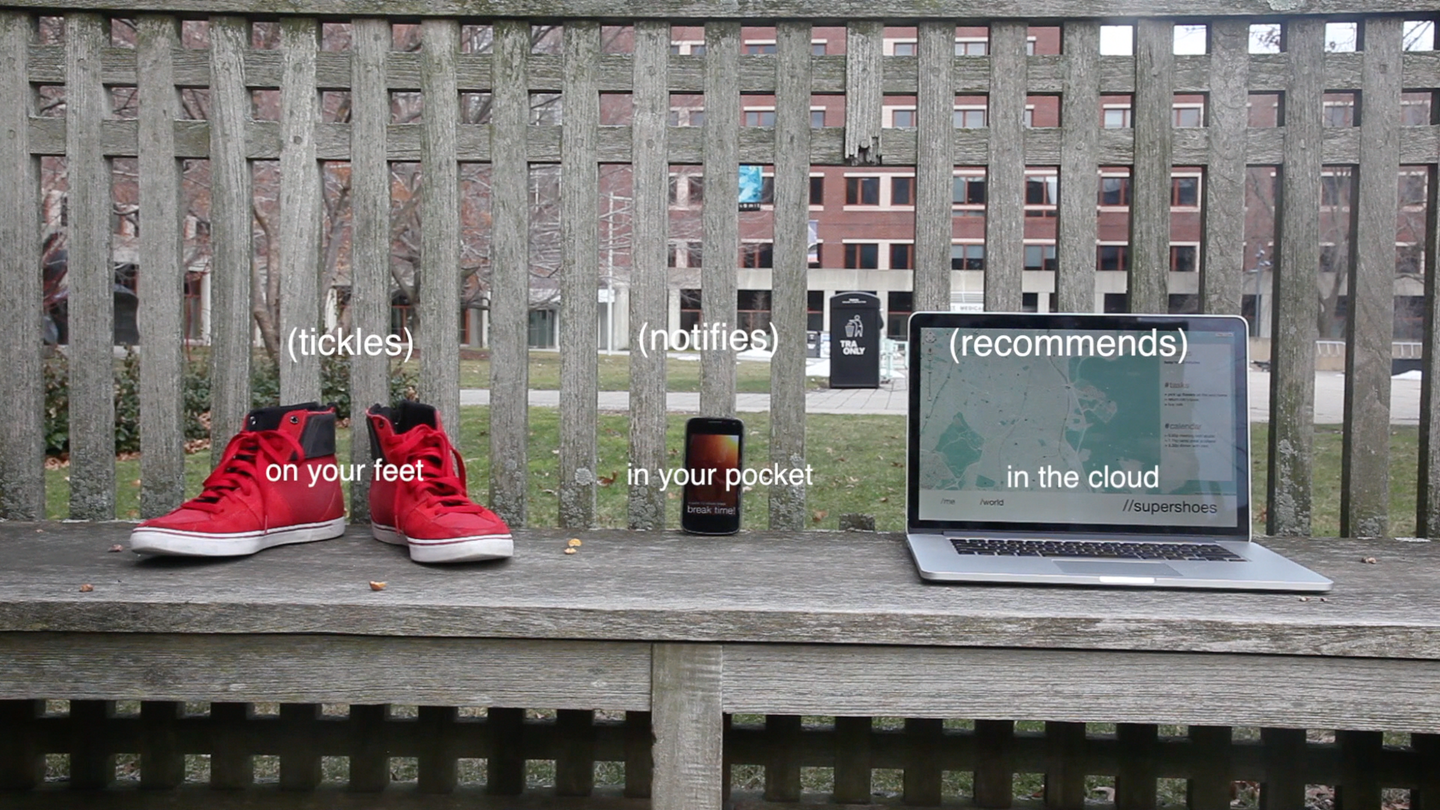 If you’ve spent any time lately walking on busy city sidewalks, you’ll know that many people are gazing steadily into smartphone screens as they get around, often at the expense of seeing who and what are right around them. Presumably they’re checking texts and email, or using online maps and other apps to find shops, restaurants, doctors’ offices, and other destinations.

By focusing so intently on our screens and following a set route from point A to point B, have we sacrificed chance encounters with the unexpected? That’s what MIT Media Lab researcher Dhairya Dand suggests. “Today we immerse in our digital lives through smartphones,” he writes. “We don’t get lost anymore, we don’t wander, wonder and discover.”

Dand has set out to solve this disconnection with his “SuperShoes,” which decouple sight from the map-based navigation equation, and replace it with the sense of touch. Flexible insoles are embedded with vibrating motors under the toes, which connect wirelessly to an app on the user’s smartphone. The phone in turn taps into information stored in a cloud account where the user has already input likes and dislikes: hobbies, shops, foods, people, interests and more. 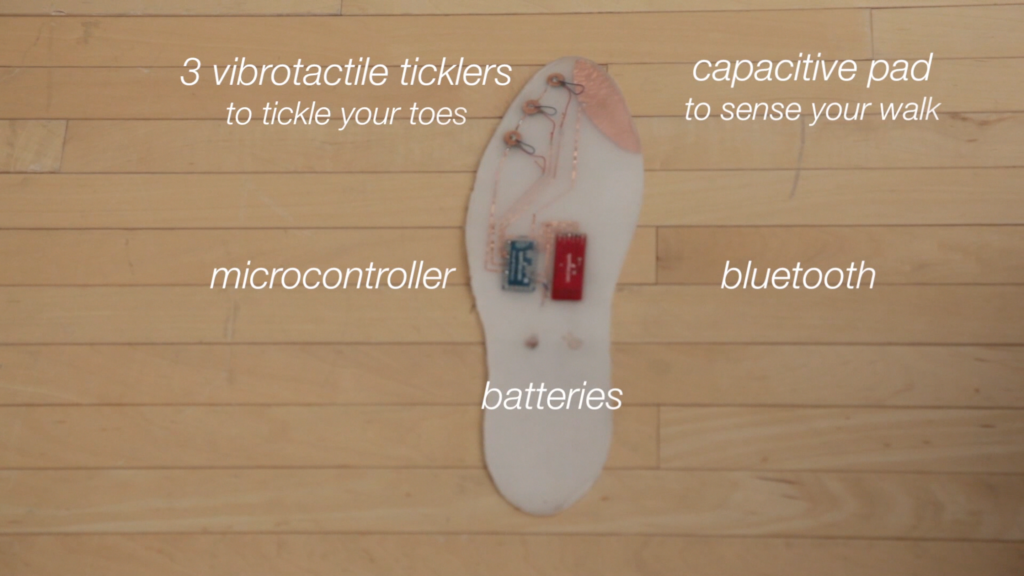 The SuperShoes insoles includes small motors that tickle the wearer’s toes to indicate which direction to walk, a microcontroller, and a low-power Bluetooth transmitter that wireless connects the insoles with the user’s smartphone.

The tickling interface lends itself to several functions beyond being a tactile map. They can also act as tour guide to points of interest, known and unknown; as a reminder when the user nears a site related to a to-do task (like buying a quart of milk at the nearest bodega); as a prompt to get up and take a worry-free walk break during free time, knowing that you’ll make your way back in time for your next meeting or other calender commitment; and, as a way to safely encounter new things in the city, by taking different routes between regular destinations without getting lost.

“The novel feature of the SuperShoes is that it can instill ‘acts of random serendipity’ — suggest a different route to work in the morning,” writes smart clothing guru Syuzi Pakchyan on the FashioningTech blog, “or suggest a scenic walk for mediation, adding a level of discovery and exploration to one of the best forms of exercise — walking.” And one of the best ways to spur creativity, according to some new science.

Although the accompanying video suggests Dand has tested SuperShoes with a number of users, he does not seem to have released any specs for how to build and program up your own set of tickling insoles, or made the app or cloud platform public. Perhaps he’s hoping to follow a path to market being taken by a similar recent project out of MIT Media Lab: Lechal, a shoe with a tactile feedback system in the insole that can help the blind and visually impaired get around more safely.