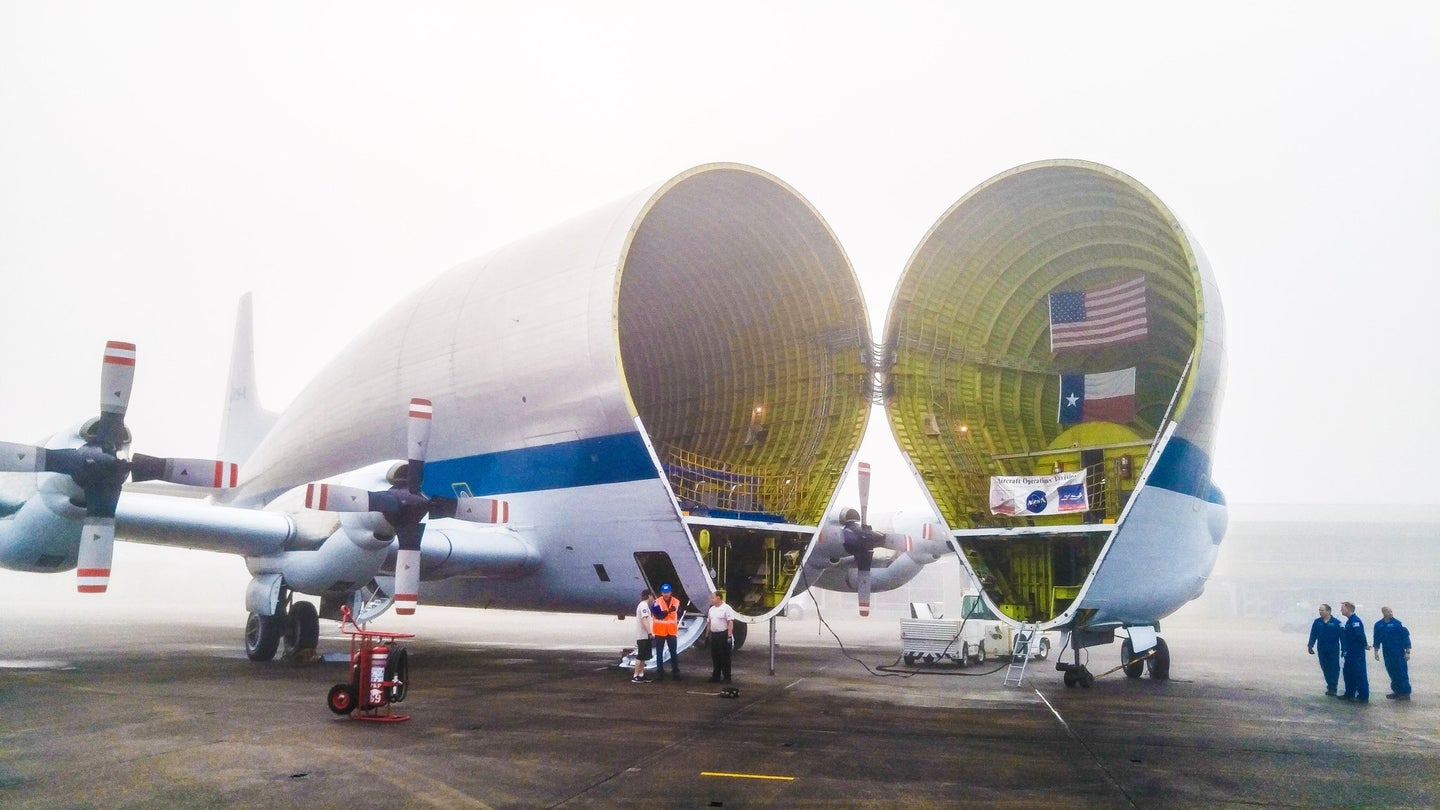 There is no plane more inaccurately named than the “Super Guppy.” Seen from afar, the gigantic airplane bears a superficial resemblance to the diminutive fish, but close up it is truly a giant of the sky. I mean just look at this thing:

Only five of the gargantuan aircraft were ever built, with the last in service on loan from the European Space Agency to NASA. Why does NASA need a plane that big? For the delicate business of moving giant spaceship parts across the country. Weighing in at 101,500 pounds empty, the Guppy can carry up to 52,500 pounds inside its spacious 25-foot tall, 25-foot wide, and 111-foot long cargo compartment.

Today that included the pressure vessel for the Orion crew capsule that will carry future manned (or womanned) missions to Mars.

Before they were shipping around Mars capsules, Super Guppies got their start carrying other, smaller airplanes and rocket parts for the Apollo program.