With Artemis 1 launched, NASA is officially on its way back to the moon

The uncrewed spacecraft heads off on its 1.2 million-mile journey, paving the way for the first humans on the moon since the Apollo missions. 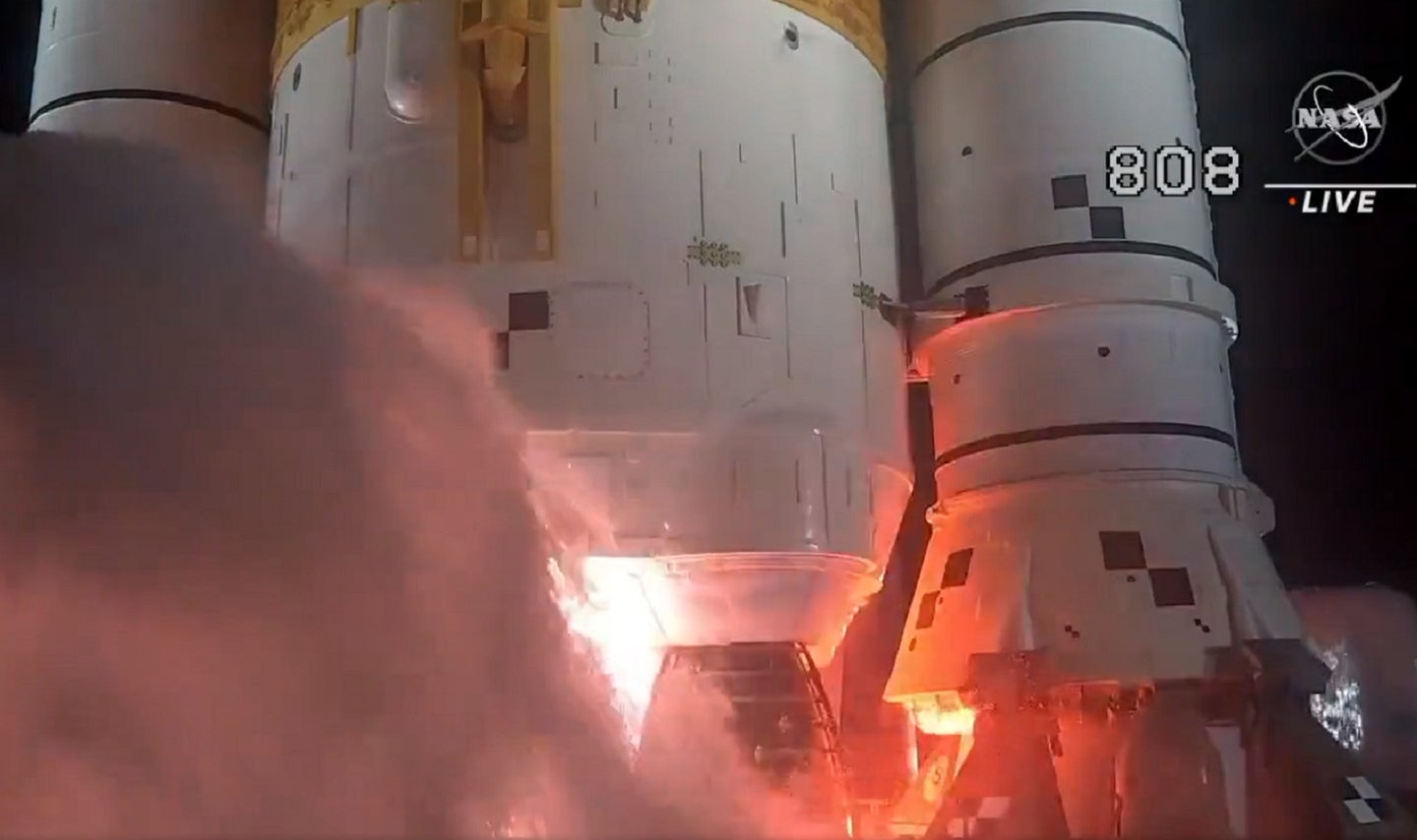 After a two-and-a-half month delay, NASA’s Artemis I mission blasted off from Kennedy Space Center today at 1:48 am EST. The launch ushers in a new era of human space exploration on the moon.

The launch came down to the wire after engineers discovered another liquid hydrogen leak in the mobile launcher about four hours before the planned go time. This prompted a “red team” to head to the blast danger zone to tighten the relevant valve, after which fueling resumed. The mission hit one more snag when the Range Flight Safety crew had to replace a faulty ethernet switch. The launch was put in a 10-minute countdown hold until a little after 1:30 am EST, when the green light finally came through.

The Orion spacecraft’s journey will cover about 1.3 million space miles and will fly farther than any other spacecraft built for humans. The mission is expected to last 25 days, 11 hours, and 36 minutes, with the capsule scheduled to splash back down on Earth on Sunday, December 11.

Artemis I is the first integrated test of NASA’s latest deep space exploration technology: Orion, the all-powerful Space Launch System (SLS) rocket, and the ground systems at Kennedy Space Center. It is the first of three missions, and will provide NASA with more critical information on non-Earth environments, the health impacts of space travel, and more for further research around the solar system. It also showcases the agency’s commitment and capability to return astronauts to the moon.

While Artemis I is uncrewed, three test dummies named Commander Moonikin Campos, Helga, and Zohar are on board to collect data on acceleration, vibration, radiation exposure, and other potential effects on the human body. The mission will also pave the way to land the first woman and first person of color on the moon as early as 2025

Artemis I was originally scheduled to launch August 29, but was postponed due to weather an an engine bleed. Launch controllers were unable to chill down one of the the rocket’s four RS-25 engines (identified as Engine #3). It was showing higher temperatures than the other engines, and ultimately, the countdown was halted at T-40 minutes.

According to NASA, the engines needed to be thermally conditioned before a super-cold rocket propellant flowed through them before the liftoff. The launch controllers increased the pressure of the core stage liquid hydrogen tank to send a small amount of fuel to the engines and prevent any temperature shocks in the engines. This is the “bleed” the engineers were referring to. But they couldn’t get Engine #3 down to the needed launch temperature.

In a news conference on August 30, John Honeycutt, manager of the Space Launch System Program at NASA’s Marshall Space Flight Center in Alabama, said that the liquid hydrogen fuel used in the SLS rocket is about -423 degrees Fahrenheit. Engine #3 was about 30 to 40 degrees warmer than the other engines, which all reached about minus 410 degrees Fahrenheit. But the team didn’t find any technical issues with Engine #3, so the launch was rescheduled for the next available window.

During the scrubbed attempt, launch controllers faced several additional issues that were detailed by the NASA recap, including “storms that delayed the start of propellant loading operations, a leak at the quick disconnect on the 8-inch line used to fill and drain core stage liquid hydrogen, and a hydrogen leak from a valve used to vent the propellant from the core stage intertank.”

[Related: Why the SLS rocket fuel leaks weren’t a setback]

Tropical weather also had an effect on today’s launch, which was originally scheduled for early November 14. NASA delayed it due to Hurricane Nicole and the SLS remained on the launchpad while the Category 1 late-season storm made landfall only 70 miles away.

On Monday, NASA gave the “go” to proceed to launch and detailed their analysis of caulk on a seam between Orion’s launch abort system and the crew module adapter. Additionally, technicians replaced a component of an electrical connector on the hydrogen tail service mast umbilical. The mission passed the final decision gate at 3:22 pm EST on November 15.

“That’s the biggest flame I’ve ever seen,” said NASA Administrator Bill Nelson about finally getting the SLS rocket off the ground. He also reflected on the legacy of the Apollo missions, and how Artemis will open up a new chapter of lunar research and exploration. “We’re going back, we’re going to learn a lot of what we have to, and then we’re going to Mars with humans,” he said. “It’s a great day.”

About eight minutes into the launch this morning, the space capsule successfully separated from the rocket boosters. Nineteen minutes in, Orion unfurled its four solar arrays, each 63 feet long and embedded with cameras. As it entered Earth’s orbit, it was traveling at a speed of more than 17,000 miles per hour. NASA will share more mission updates throughout the day as the vehicle nears its destination and starts beaming back photos and other data.