Now if only they could find out what causes it 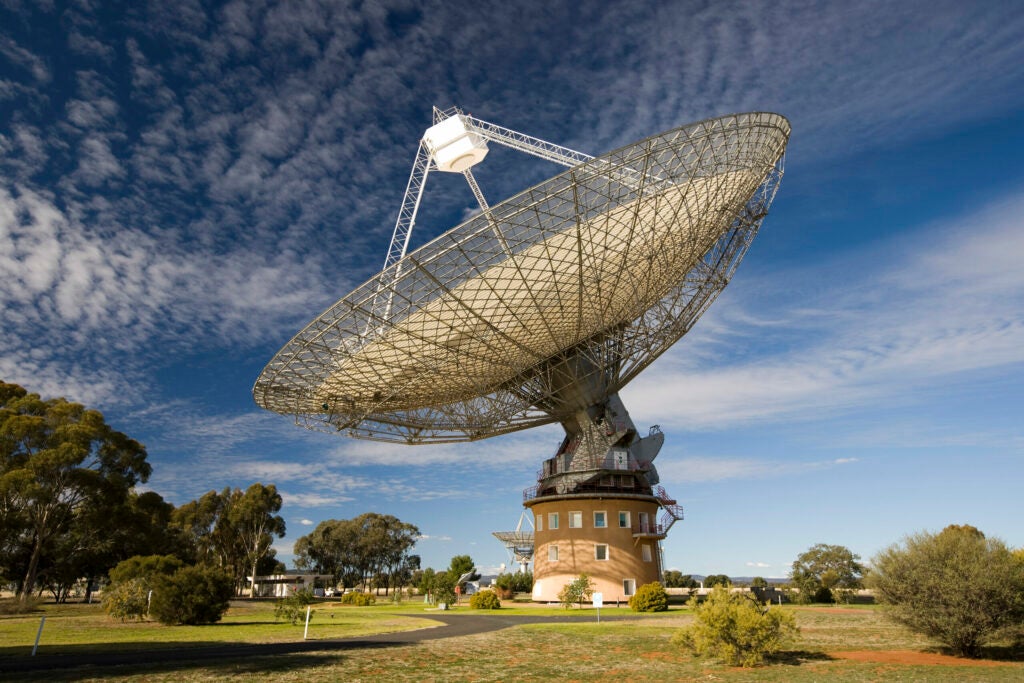 The Parkes telescope spotted the Fast Radio Burst in this study

In just a tiny fraction of a second, a Fast Radio Burst can emit as much energy as the entire Sun radiates over 10,000 years. Our telescopes have recorded 16 of these powerful pulses, but thousands may be happening every day.

Scientists still don’t know what causes these enormous bursts of energy, but they have a lot of ideas. Cosmic strings, stellar birth, collapsing neutron stars, evaporating black holes, and of course, aliens, are just a few.

Most Fast Radio Bursts (FRBs) aren’t discovered until months or years after they occur, when scientists are sifting through the data deluge from telescope observations. But in a study just published in Nature, a team of scientists developed a way to detect the bursts swiftly, then alert other telescopes that can help study the phenomenon. 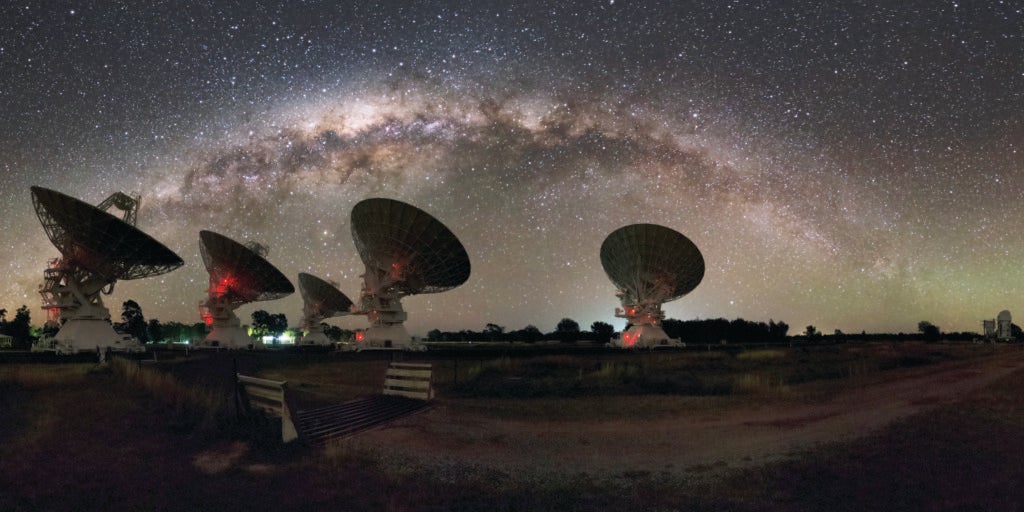 By studying the burst and its afterglow, which lasted for six days, the team was able to pinpoint the FRB’s origin with 1000 times more precision than ever before. This particular burst, recorded in April 2015, came from an elliptical galaxy 6 billion light-years away.

The stars in that galaxy are old, suggesting this burst didn’t come from the explosive birth of a star. Instead, the team suspects it came from the collision of two compact stars, however not all FRBs are necessarily created in the same way.

“Our discovery opens the way to working out what makes these bursts,” said study co-author Simon Johnston, an astrophysicist at Australia’s Commonwealth Scientific and Industrial Research Organisation.

Now that scientists can measure how far away these bursts are, it opens a new door to studying the structure of the universe. For example, the team was able to use this FRB to find matter that had “gone missing.”

Models suggest that the universe is made up of 70 percent dark energy, 25 percent dark matter, and just 5 percent of the regular matter that we’re familiar with. However, half of the universe’s ordinary matter seems to be missing.

When an FRB fires off, its high-frequency waves travel fastest, reaching our measuring equipment sooner than the low-frequency waves. The relative travel times of those waves tell scientists how dense the interstellar medium is between the burst’s origin and Earth. Knowing how far the waves traveled is integral for making this measurement.

“Essentially this lets us weigh the Universe, or at least the normal matter it contains,” said Johnston in a press release.

And the result was, the team found the missing matter. The measured “weight” of the interstellar medium was just as the models predicted.

What’s more, FRBs may one day aid in the study of gravitational waves as well, according to astrophysicist Duncan Lorimer, whose team discovered the first FRB in 2007. In a letter accompanying the Nature paper, Lorimer suggests that whatever massive phenomenon is emitting the FRBs may also be emitting detectable gravity waves.

Lorimer also notes that new telescopes coming online in the next few years should help scientists detect FRBs and learn more about their nature.

“A large census of FRBs will not only add to our understanding of their population,” he writes, “but also map out the cosmic web in great detail, provide stringent tests of general relativity, and even yield new constraints on the nature of dark energy.”