Our Solar System Has A Ninth Planet

And it's still not Pluto 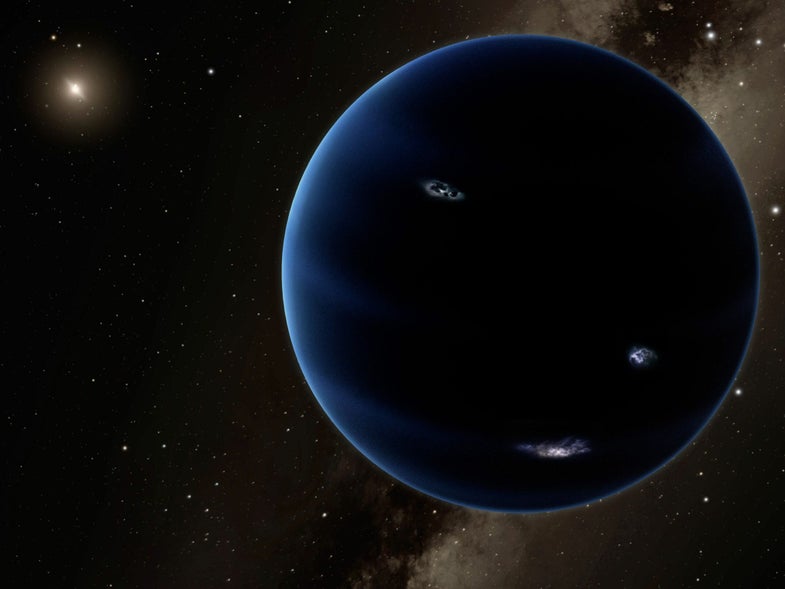 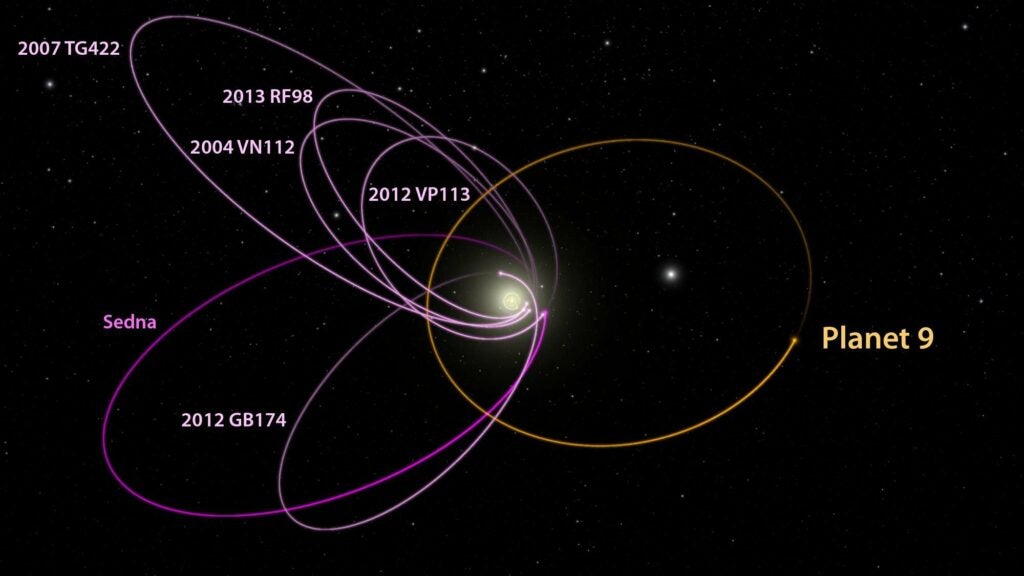 These eccentric orbits suggest the presence of a massive planet.

Dwarf planets are a dime a dozen. When it comes to real planets—bodies with enough mass to achieve a nearly round shape, clear nearby debris, and orbit the sun—we know of only eight in our solar system.

Over the past century, many astronomers claimed to have caught whiff of an elusive ninth body: Planet X. The latest to make this assertion is the same man who demoted Pluto.

“We’ve found evidence of a giant planet in the outer solar system,” says Mike Brown, an astronomer at the California Institute of Technology. “By ‘giant,’ I mean the size of Neptune, and by ‘outer solar system,’ I mean 10 to 20 times farther away than Pluto.”

What led Brown to this grand announcement was the discovery of an unusual alignment of dwarf planets with eccentric orbits. “You can think of them like hands on a clock, all moving at different rates,” Brown says. The chance of this arrangement being coincidental is just 1-in-100, so Brown called on Caltech theoretical astrophysicist Konstantin Batygin to figure out the forces at play.

After a year of supercomputer simulations, Batygin says the only explanation is the gravity of a planet 10 times the mass of Earth.

The team published their mathematical evidence in January. Alessandro Morbidelli, a planetary scientist at France’s Cote d’Azur observatory, calls it “the first solid and convincing demonstration that there is a planet that could create this anomaly.” Now they just need to find Planet X (or Planet 9, as they call it) in the sky.

Brown has already secured telescope time, but he doesn’t want the search to be a solo endeavor. “The paper is a roadmap for anyone to look,” Brown says. “I need to know the answer more than I need to be the discoverer.”