Humans Calculated Paths Of Planets 1,400 Years Earlier Than We Thought

On Ancient Babylonian tablets, a precursor of calculus 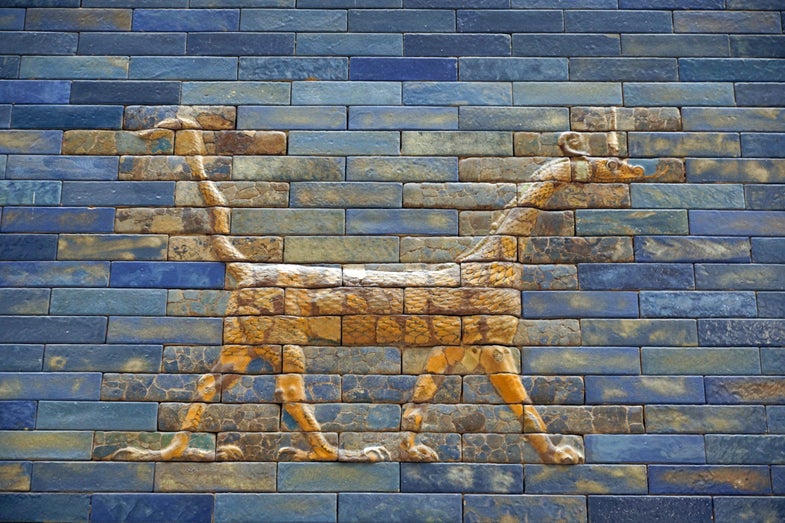 It has been generally accepted in the heady world of mathematical history that the use of geometry to calculate and track celestial bodies was first done by medieval European scholars in the 14th century. As it turns out, that was about 1,400 years off the mark. Fresh analysis of ancient Babylonian tablets has revealed that those Mesopotamians used geometry to track the path of Jupiter across the sky. Their calculations and instructions are etched into clay in the cuneiform script used by the various city-states of that region. The findings are published in the journal Science.

The term ‘geometry’ derives from Ancient Greek and literally means “earth measurement.” In the classical world, it was used heavily for centuries by the Mesopotamians, Egyptians, and Greeks for just such purposes, long before the tablets in question were created (ca. 400 – 50 BCE). But where these peoples were using geometry to measure lengths, areas, and volumes of objects in a physical space—i.e. on Earth, with objects you can see and touch—whoever scratched geometrical calculations of Jupiter’s trajectory into clay tablets was measuring time and velocity in an abstract space; things you cannot see or touch, but must conceptualize. In a way, these calculations are the beginnings of calculus, the mathematical study of changes over time. This is the first known instance of this ever being done.

Mathieu Ossendrijver, a science historian at Humboldt University in Berlin, did the slow, meticulous work of translating the script (and math!) of the Babylonian tablets himself. There are four in total, and they exist as part of a larger corpus of Babylonian mathematical astronomy consisting of some 450 tablets. They all attempt to track the stars and planets’ pathways around the zodiac, which is essentially an astronomical coordinate system. Besides these four, however, all the others utilize purely arithmetical calculations (addition, subtraction, multiplication, etc) to do so.

Displayed on the four tablets is a geometrical calculation that charts Jupiter’s passage through the sky in relation to the ecliptic, or Sun’s pathway. By using a trapezoid’s area, split into two equal intervals, they were able to mark two points of the planet’s trajectory at 60 and 120 day intervals—much of their math was based upon a 60 number system. Ossendrijver points out that the astronomers who inscribed the tablets used no symbolic notations in their calculations as we do today (v = velocity, for example), but wrote everything out in their cuneiform script, albeit in a very technical way. 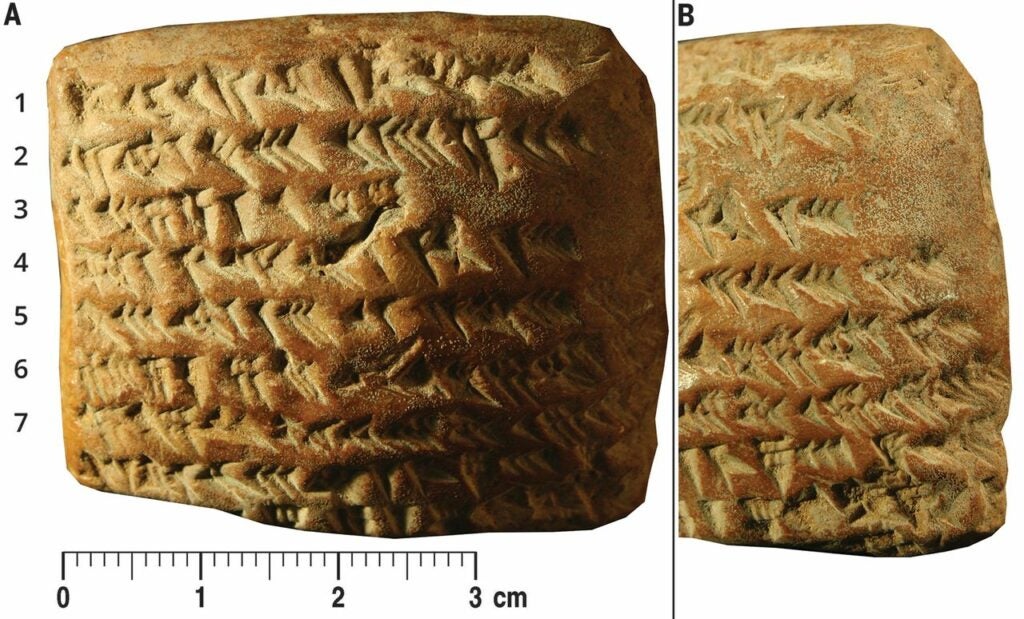 One of the tablets containing the geometrical procedure.

The astronomers who stenciled out the 450 tablets were likely “priests employed by the main temples, in particular in [the cities] of Babylon and Uruk,” states Ossendrijver. He explains that, from writings on other clay tablets, it’s evident that these priest-scientists were on contract to make observations and computations of the celestial bodies. These individuals were a part of a larger scientific program that carried on for centuries.

Astrology was very important in these ancient cities, and many Mesopotamians believed that events on Earth were governed by the movement of celestial bodies in sky—which they regarded as gods as well (Jupiter was the astral embodiment of Marduk, the patron god of Babylon). Ossendrijver speculates that it’s possible they believed that if you could predict the comings and goings in the sky, you could then, in turn, predict everything that happened here on Earth, from horoscopes, to weather, to market prices. When Jupiter crosses point X in the night sky, grain prices will go up.

Why were there only four tablets that employed geometry out of the 450 on mathematical astronomy? “One may speculate that it was invented by a very clever astronomer and that others did not take it up for some reason,” says Ossendrijver. “Of course one day more tablets may show up in a museum or in the ground that contain this method,” he adds, but at this moment “it seems that the method was not widespread among the Babylonian astronomers.”

Regardless of whether it was one particularly bright individual or not does not alter the fact that in the dimly lit, dusty temple halls of Ancient Babylon, the early beginnings of calculus were being born, a full 1,400 years before Medieval European scholars picked it up.