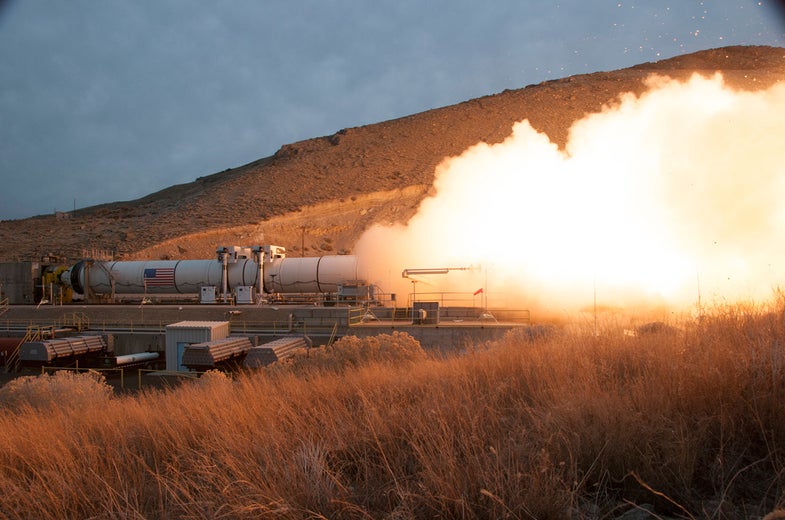 NASA is betting on its heavy-lifting rocket, the Space Launch System (SLS), to carry astronauts to Mars in the 2030s. But first they need to make sure it can get off the ground.

Today, the space agency will hopefully fire up the SLS’s main booster for two minutes to see how it performs when its propellant is cold. (Although it’s hot in the Utah desert, where the stationary ground test will take place, the fuel will be cooled to about 40 degrees Fahrenheit.)

The test was originally scheduled for 10:05am Eastern on Tuesday morning, but was delayed due to computer issues. The new start time is 11:05, with coverage beginning at 10:30.

This will be NASA’s second time test-firing the booster. The first, in March 2015, tested how the propellant fared at the higher end of its temperature range, at 90 degrees Fahrenheit.

Tuesday’s test will be the last before the rocket’s first real test flight in 2018, which will launch an uncrewed Orion capsule into lunar orbit.