The Forgotten Artifacts Neil Armstrong Brought Back From The Moon

His widow discovered a bag in his closet, soon after his death. It seems no one else knew about it, until now. 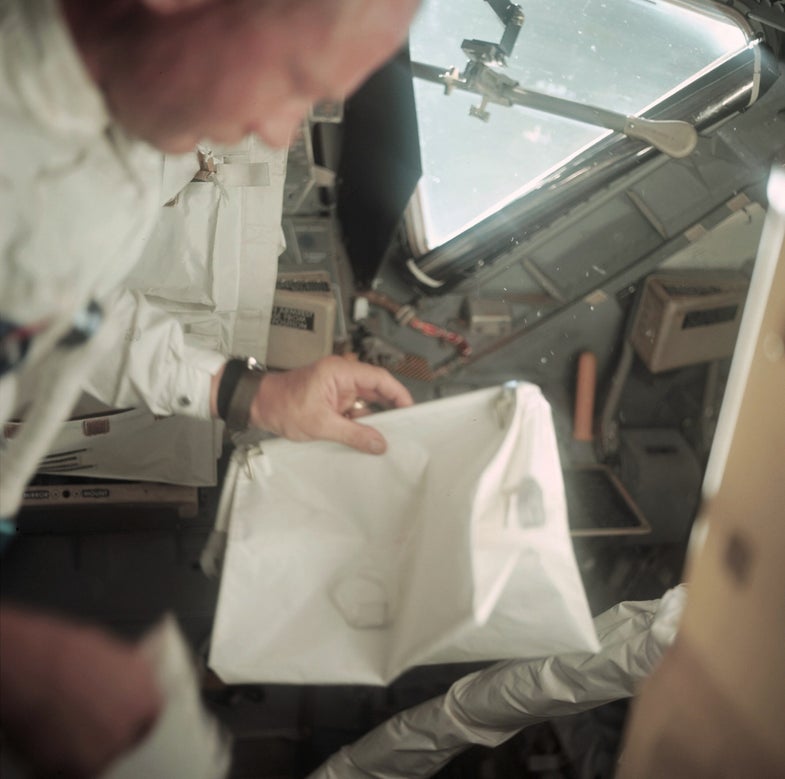 Neil Armstrong, it seems, forgot an important purse in his closet. The white cloth bag, of a type known among astronauts as a McDivitt Purse, held tools, a tether Armstrong used to rest his legs during the Apollo 11 mission, and the camera that recorded Armstrong’s—and humankind’s—first step on the moon. In fact, all of the contents of the purse had landed on the moon’s surface inside Apollo 11’s Eagle Lunar Module, making the items among the few the Apollo 11 astronauts bothered to bring back from the moon. Officially, Armstrong and Buzz Aldrin were supposed to leave the items behind, to save weight.

The objects have never been on display. Armstrong’s widow, Carol, only discovered the purse after Armstrong’s death in 2012. At the time, she wasn’t sure of what it was, although she knew enough to contact a curator at the National Air and Space Museum in Washington, D.C. Since then, the museum has worked on preserving the items. It plans to display them in the future. Meanwhile, however, you can get a look at a few of our favorite photos of the items, below.

Be sure also to visit the Apollo Lunar Surface Journal, a website about the U.S. moon landings, run by U.S. astronomer Eric Jones. The journal was the first to publish these photos. It has plenty of background on the items, including snippets from the Apollo 11 transcripts in which Aldrin and Armstrong talk about the purse. The transcripts helped curators to track where the purse was during the moon landing and to determine that some smudges on its surface may be lunar dust, rubbed off of the back of Armstrong’s spacesuit. To learn the story of the purse’s discovery, check out this blog post from the National Air and Space Museum. 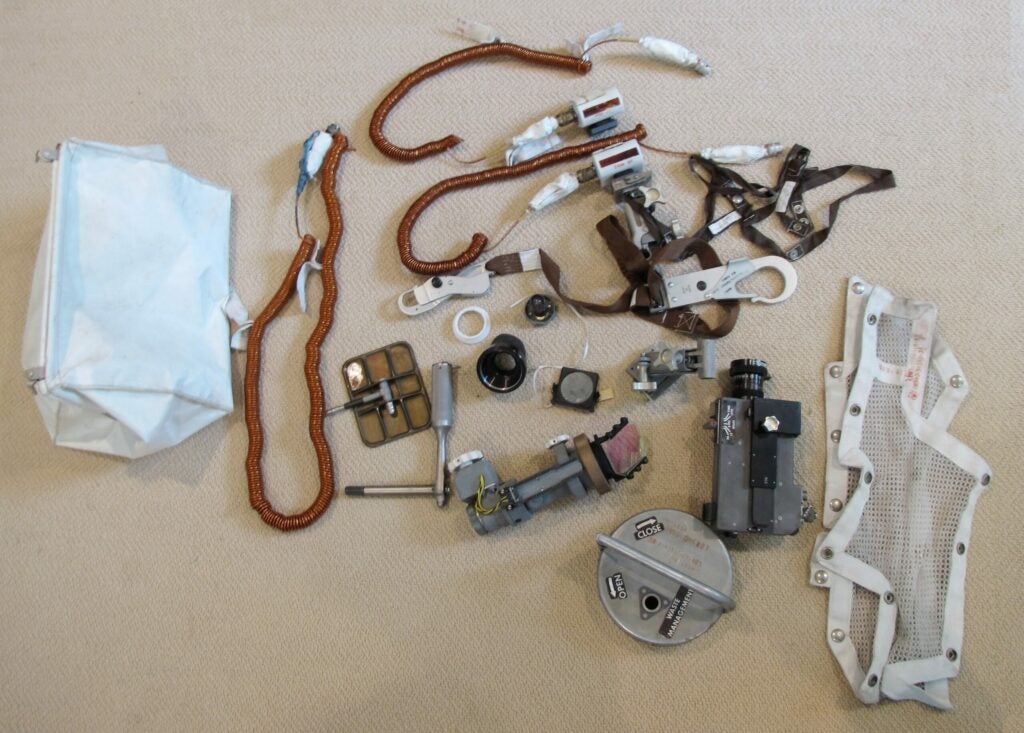 Contents of the Purse 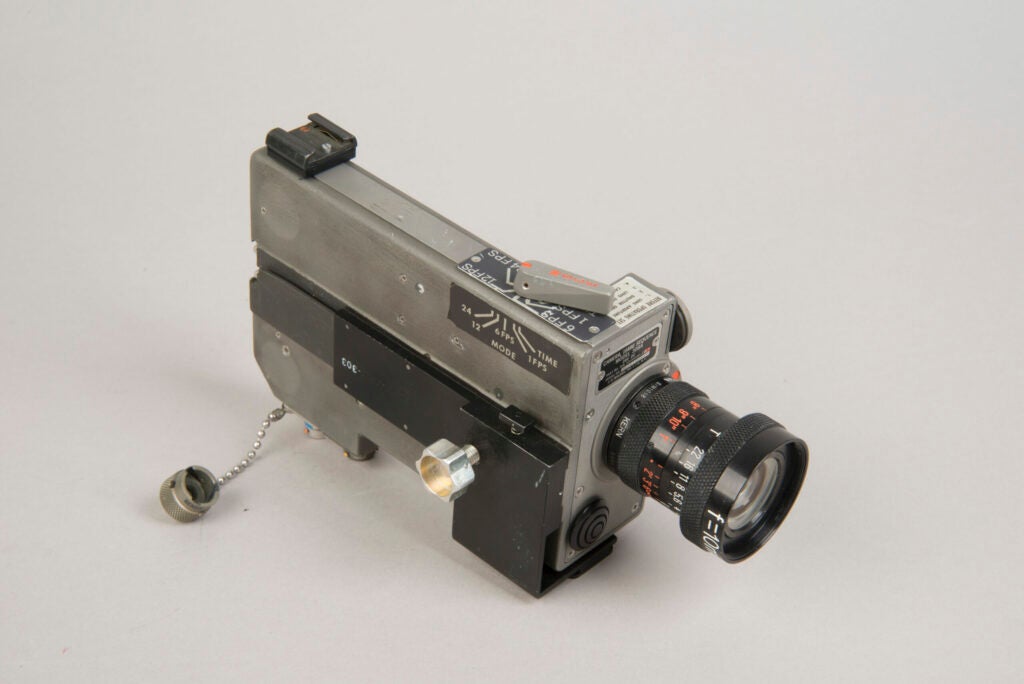 This camera was mounted inside Apollo 11’s Eagle Lunar Module, to record Neil Armstrong’s first steps on the moon. 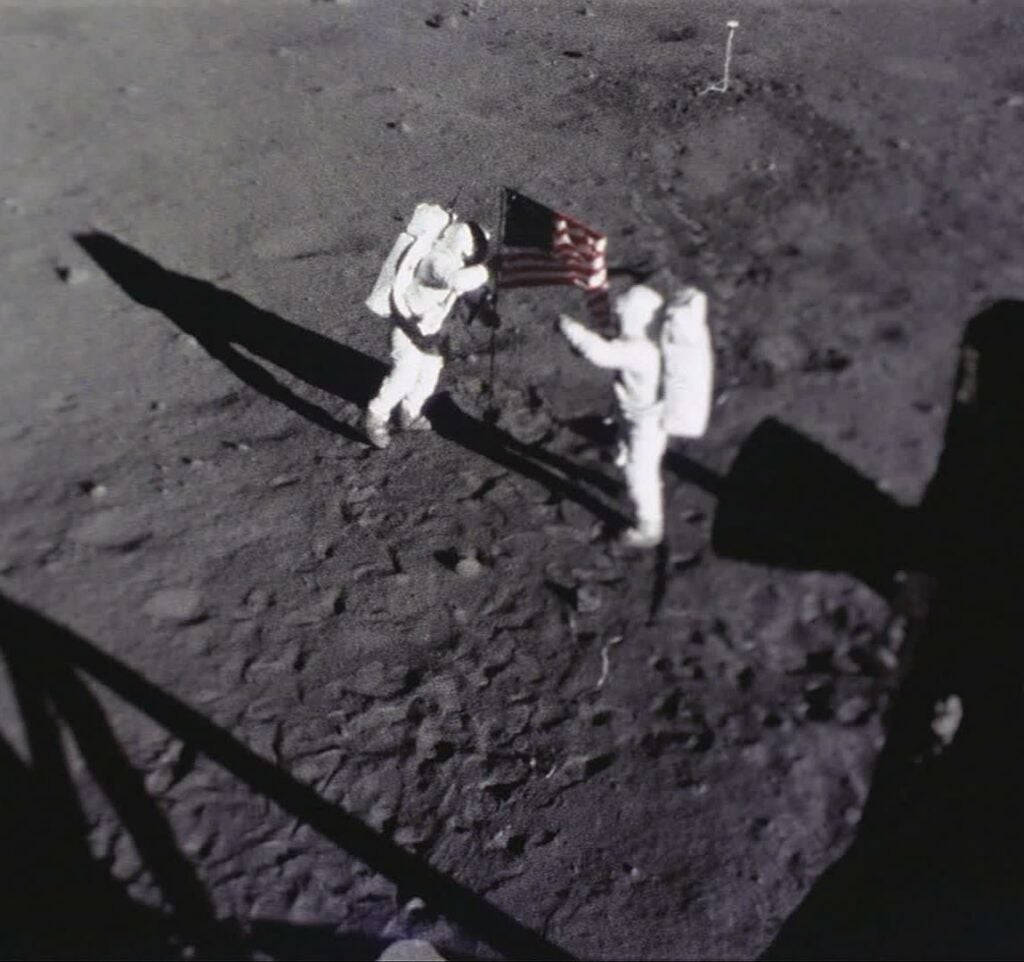 One of the Photos the Camera Captured 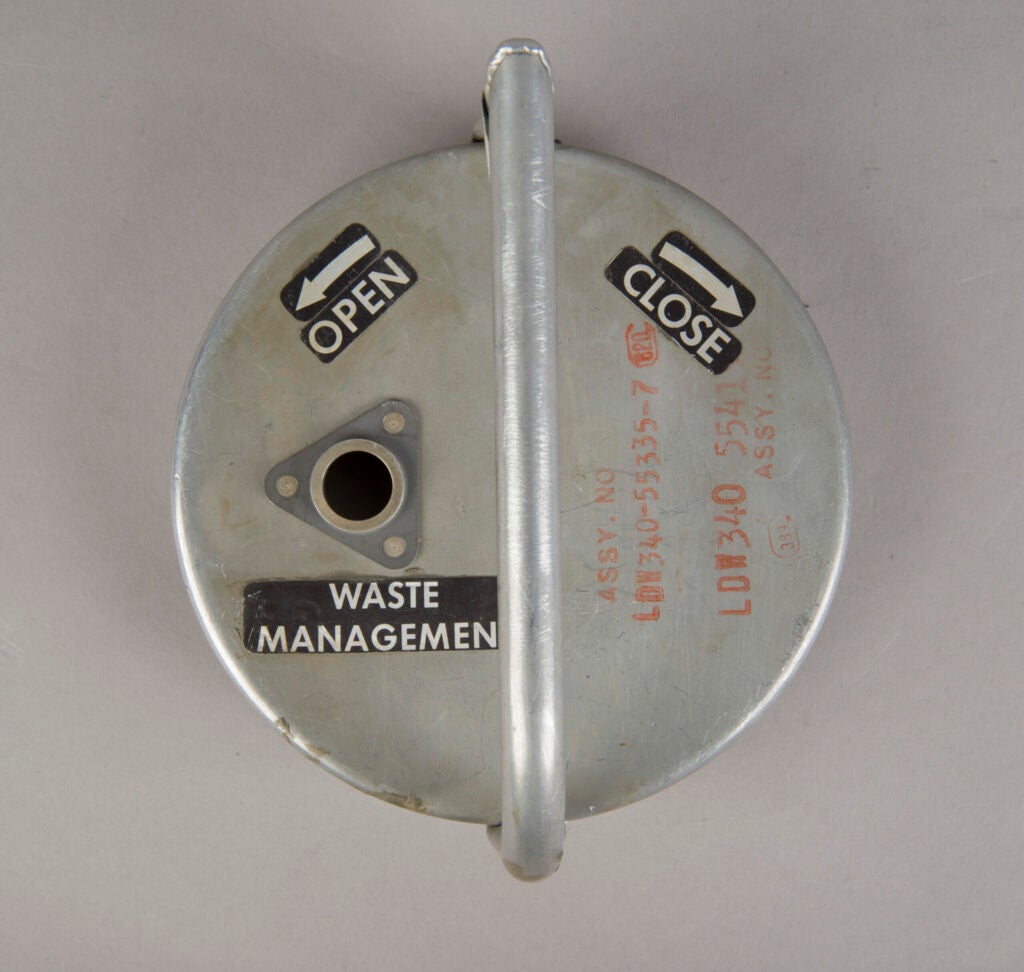 Among the purse’s contents was this cover, from the Eagle Lunar Module’s urine-collection system 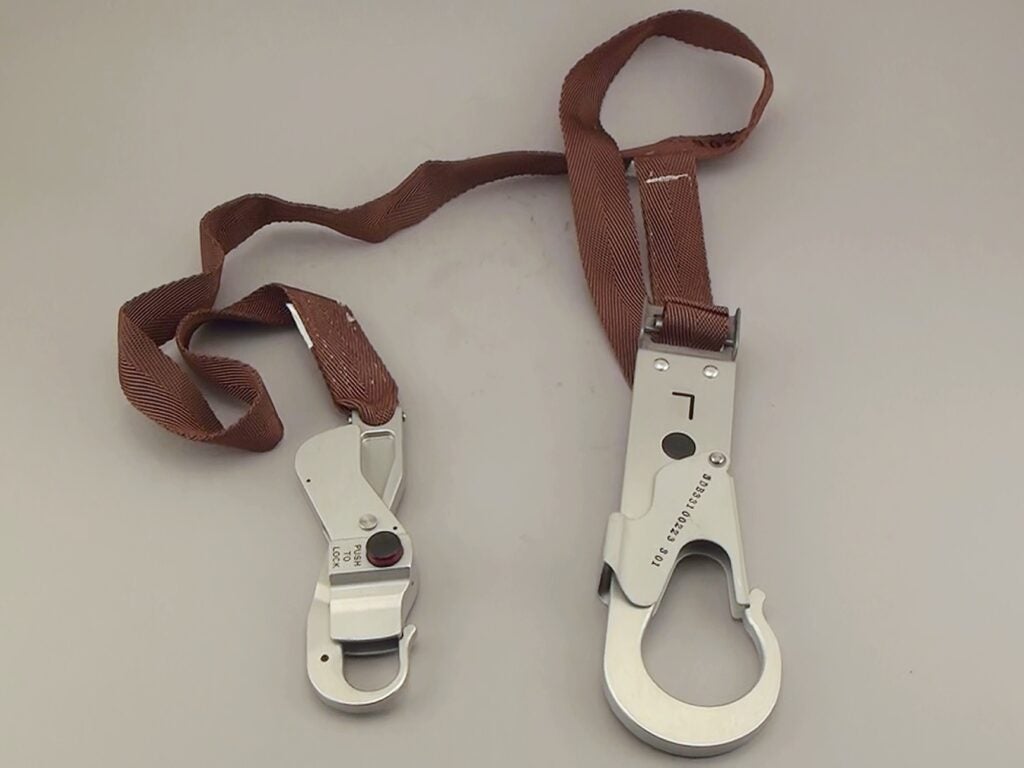 Tether Discovered in the Apollo 11 Purse

Neil Armstrong used this tether to rest his legs during the mission. 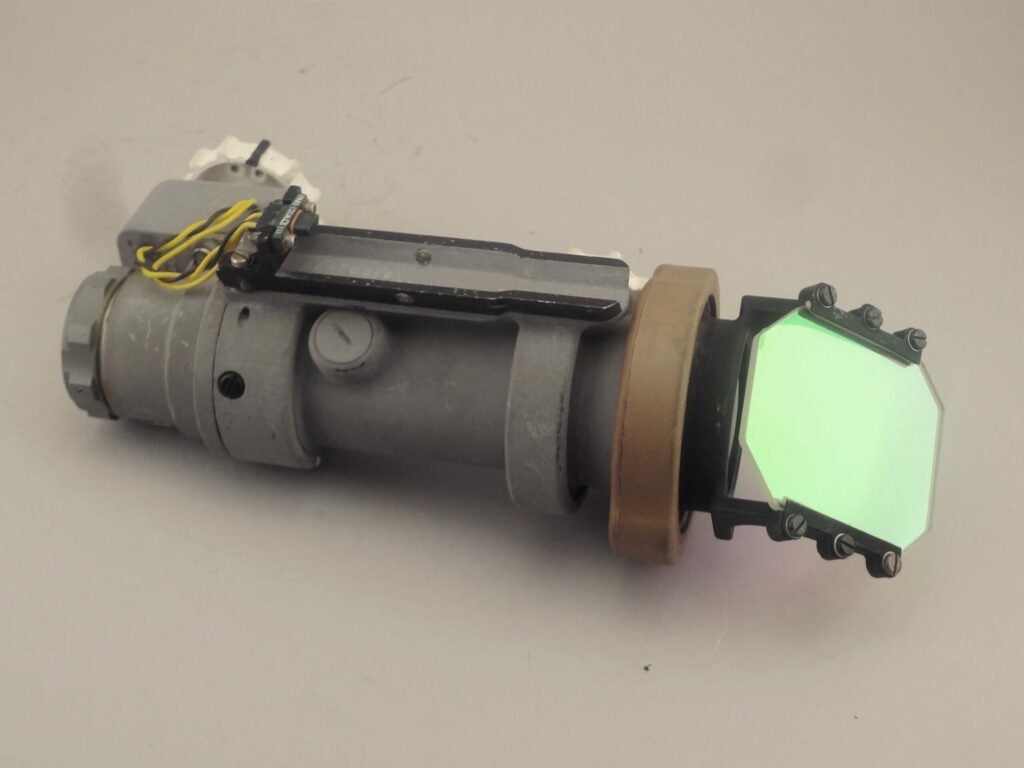