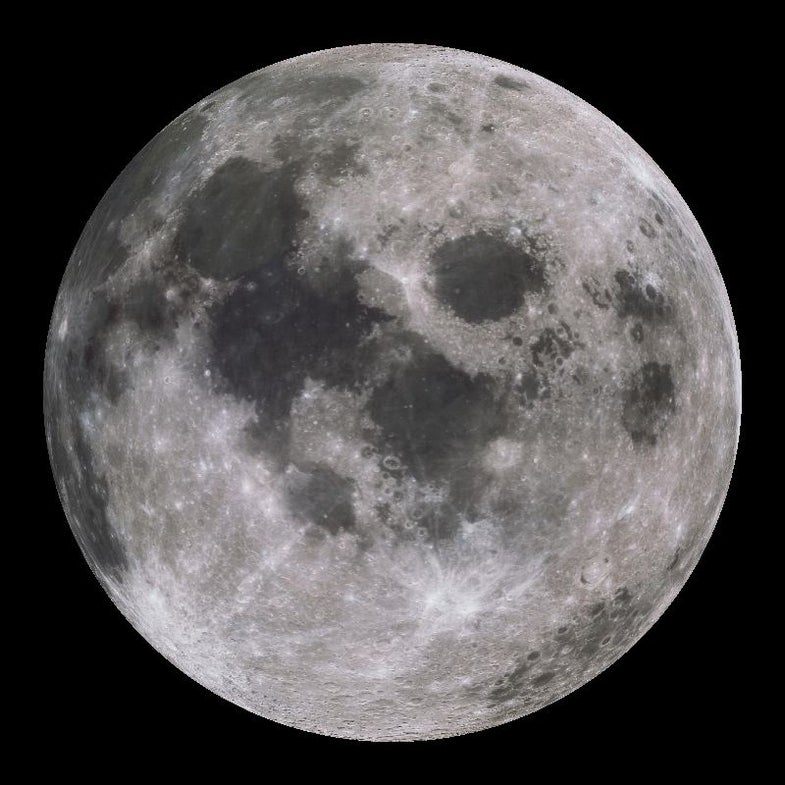 Around 4.5 billion years ago, when the solar system was still in its infancy, a Mars-sized planet collided with the proto-Earth and blasted our baby planet to smithereens. Earth’s rocks did not just melt; they vaporized, the very elements in those rocks turning into gas the way boiling water turns into steam. Eventually, the remains of the original Earth cooled and settled down, condensing to once again form a solid planet. The leftovers formed the moon.

That’s the latest twist in the decades-old story about how Earth’s moon came to be, and it’s based on new measurements of elements in both worlds.

The moon, our first friend, is more than a familiar fixture in the night sky; it dictates the slosh of tides, stabilizes Earth’s rotation, and might contribute to earthquakes. It is also the best place we have, other than Earth, for studying the formation of rocky worlds. Scientists are still unsure how it formed, in part because it’s hard to reconcile the moon’s chemical composition with the origin stories our computers tell.

In the 1970s, scientists proposed the moon formed from a grazing collision with a Mars-sized world. Earth’s surface would have liquified and part of it would have sloughed off. The moon coalesced from that debris and leftover pieces from the impactor, a scenario which came to be called the giant impact hypothesis. But analysis of moon rocks returned home after the Apollo missions suggested it can’t be that simple. The isotopic compositions of elements in Earth and moon rocks are the same. That would mean the Earth and the Mars-sized impactor were the same, too, and that’s very unlikely.

To explain this similarity, scientists needed to come up with a way to make the moon mostly from the Earth, and not the impactor, says Kun Wang, a geochemist at Washington University in St. Louis. He was intrigued by a new computer model that debuted this spring at the annual Lunar and Planetary Science Conference. In this model, the Mars-sized object hit Earth with such violence that the impactor and Earth’s mantle vaporized.

When the temperature starts to decrease with time, the vapor begins to condense, forming liquid moonlet drops. The material would eventually coalesce into a disk — something like the rings of Saturn, says Robin Canup, a planetary scientist at the Southwest Research Institute. The moon eventually formed from this material, and most of the rest fell back to Earth.

Wang published a new analysis of moon rocks today in Nature Geoscience, which he says supports this idea. The key is potassium, a volatile element found in abundance in both Earth and lunar rocks. Wang and his coauthor, Stein Jacobsen, examined lunar dust from several Apollo missions and counted potassium isotopes. The element K has three stable isotopes, but only two–potassium-39 and potassium-41–are abundant enough to count with enough precision, Wang says. He spent a year studying Earth rocks to fine-tune his measurements before he tried it with moon dust.

He found the lunar samples had heavier potassium signatures. Wang says this supports the idea that the moon formed from vaporized Earth rock: the heavier stuff condensed first, forming the moon. He says the isotope data can be used like a “paleo barometer” of sorts, revealing the physical conditions during the Earth-shattering event that formed the moon.

Canup says the result is a key piece of evidence that will drive new and improved moon-formation theories.

“The data is ahead of the models, which it should be. Now the burden is going to be on those of us doing models of the disk and the impacts, to argue that we can or can’t explain this new piece of data,” she says.