Why The Moon Should Be An International Park

We could learn a lot about Earth from the moon, and the risks of it being damaged are only increasing. 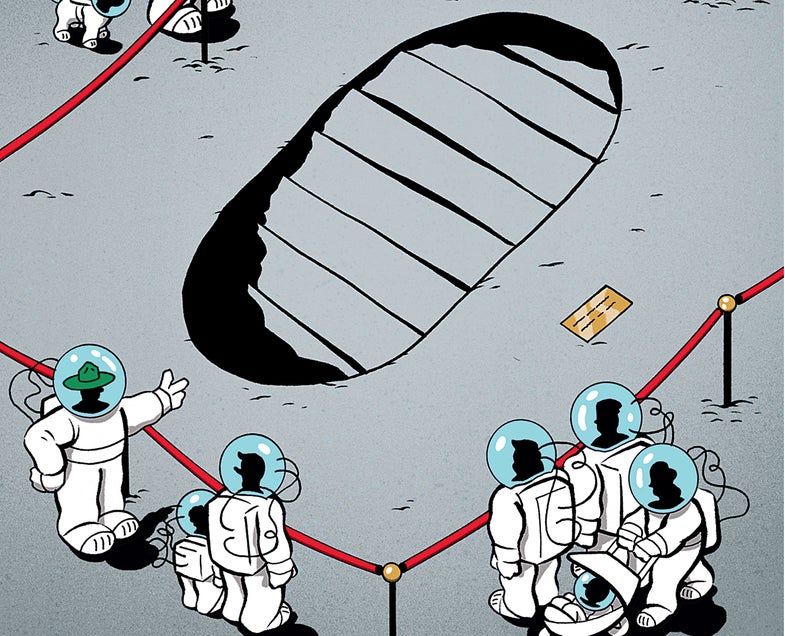 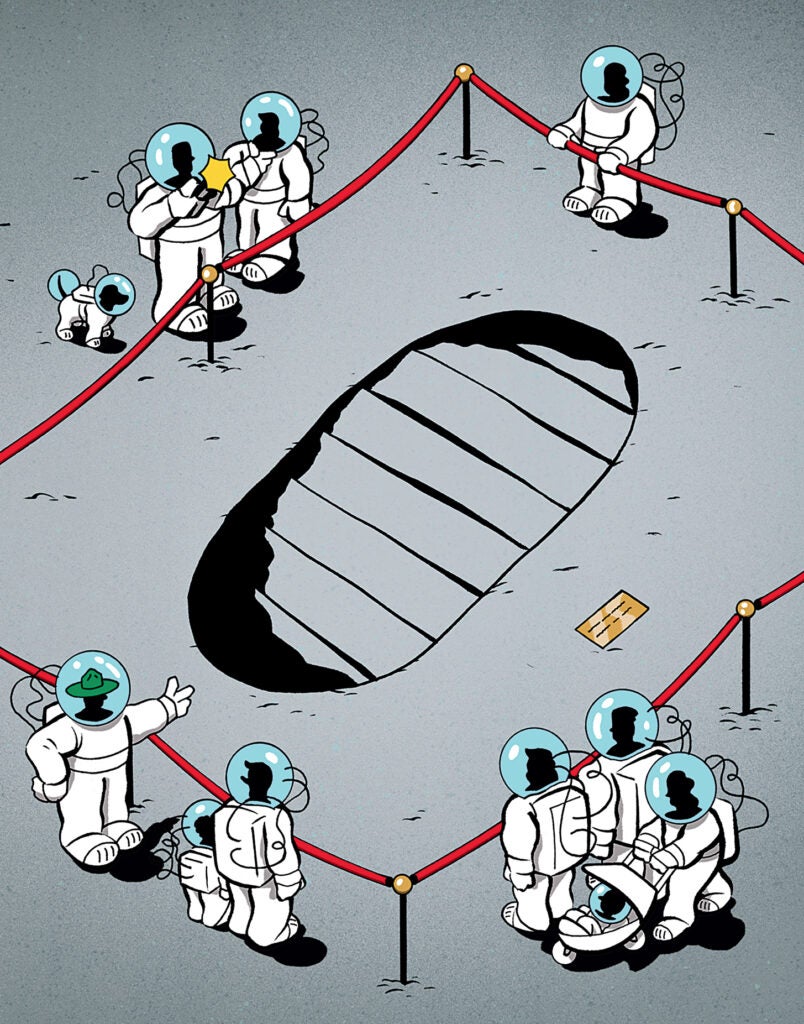 The Moon as International Park

The thought of a robot laying tracks over Neil Armstrong’s and Buzz Aldrin’s footprints just seems wrong. And the risk is greater than you might think. Private spaceflight is flourishing, and even the Google Lunar XPRIZE for moon rovers includes a sub-prize of up to $4 million for “a Mooncast showing the Apollo artifacts in HD.”

Instead of passing piecemeal bills, let’s go all the way. The moon was part of Earth until about 4.5 billion years ago, according to current models. It could answer key questions about the history of our planet and therefore needs to be protected. The entire moon should be an international history and science preserve—an Off-World Heritage site, if you will.

It will take a treaty among interested nations to manage the moon with an eye for peaceful purposes and scientific investigation. Space buffs may recall that this was one of the goals of the UN Moon Agreement of 1979, which flopped spectacularly, arguably a victim of the Cold War era. Only 15 nations agreed to it—none of which had space-faring capabilities.

But in fact, we’ve already reached global consensus on preserving an otherworldly place in this way: Antarctica. The continent is managed by 50 nations under the 1959 Antarctic Treaty “with the interests of science and the progress of all mankind.” The treaty is short (just 14 articles), and the management duties are light (meetings to discuss updates, procedures, and scientific missions). But it works. For more than half a century, the agreement has allowed science and tourism to flourish in an area that belongs to both no one and everyone.

A preservation treaty for the moon would need a few special clauses. For example, while there’s a voluntary moratorium on mining in Antarctica, it doesn’t make sense to ban the practice on the moon: That’s one of the incentives to get us there. Rare substances, such as helium-3 (a possible fuel for nuclear power), are the sort of rewards that will motivate the development of private spaceflight and off-world habitation. So mining should be allowed, pending environmental-impact assessments similar to those conducted by the U.S. Forest Service. As for tourism, we don’t need to wrap the moon in no trespassing signs, but let’s keep ATVs away from important craters.

These decisions are important because they won’t affect just the moon. They’ll likely reach well beyond its orbit. There are other moons and other planets, some of which will doubtless be attractive to miners and tourists. Precedents matter. If we can’t treat our own moon with respect, perhaps we’re not fit for any planet at all.