This is what Downtime Looked Like Going to the Moon

It turns out that even astronauts can be vandals. Apollo 11 command module pilot Michael Collins left some graffiti on... 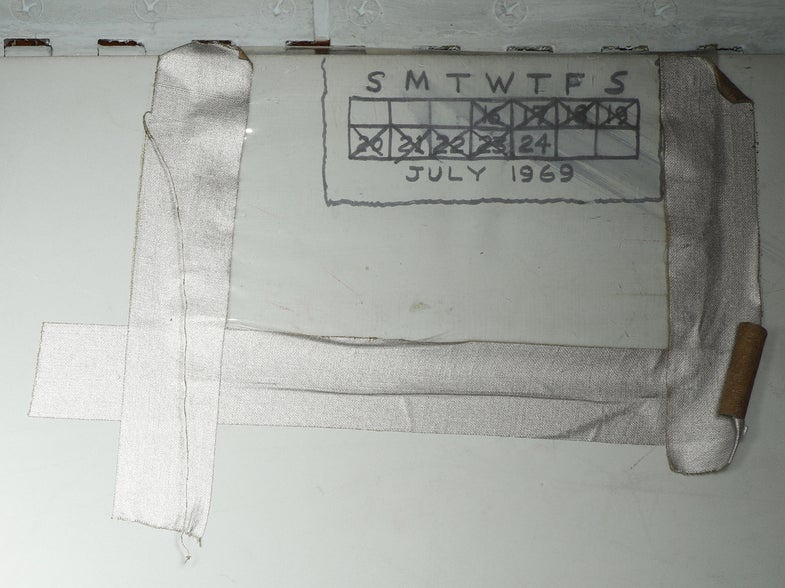 The crew of the first mission to land on the moon drew this calendar on the wall. It ends on the day they returned to Earth. Smithsonian Air and Space Museum
SHARE 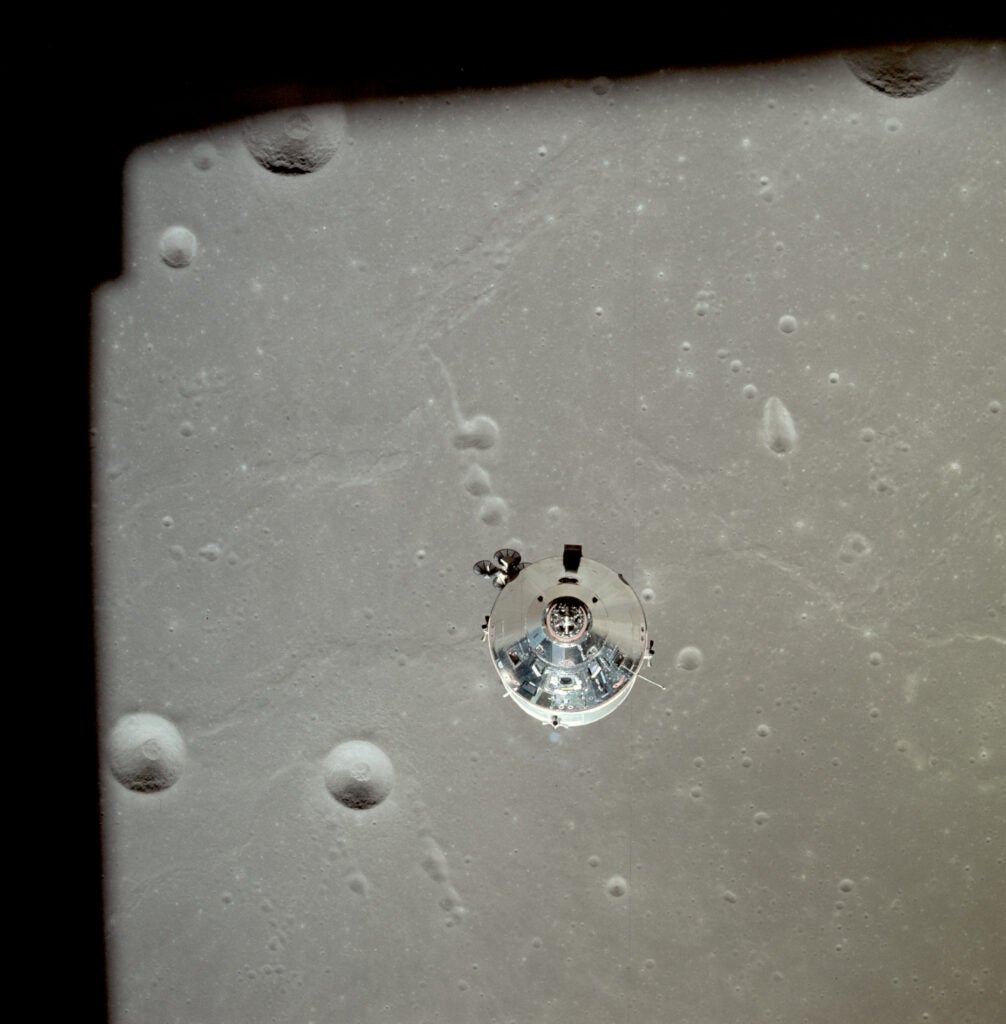 Columbia in orbit around the Moon

It turns out that even astronauts can be vandals. Apollo 11 command module pilot Michael Collins left some graffiti on the wall of Columbia that has remained unseen for almost fifty years.

Curators with the Smithsonian Air and Space Museum are in the process of scanning the spacecraft for its digitization project with the goal of creating the most complete model possible. But they found something interesting in the process.

At some point during the flight, one of the Apollo 11 astronauts drew a calendar on a section of wall below one of the storage lockers. As each day passed, someone crossed off another dated square on the wall. Since there’s no day and night when mission elapsed time is just cumulative hours, I suspect they marked the end of a day at midnight Houston time. The only day on the makeshift calendar that isn’t crossed off is landing day, July 24. 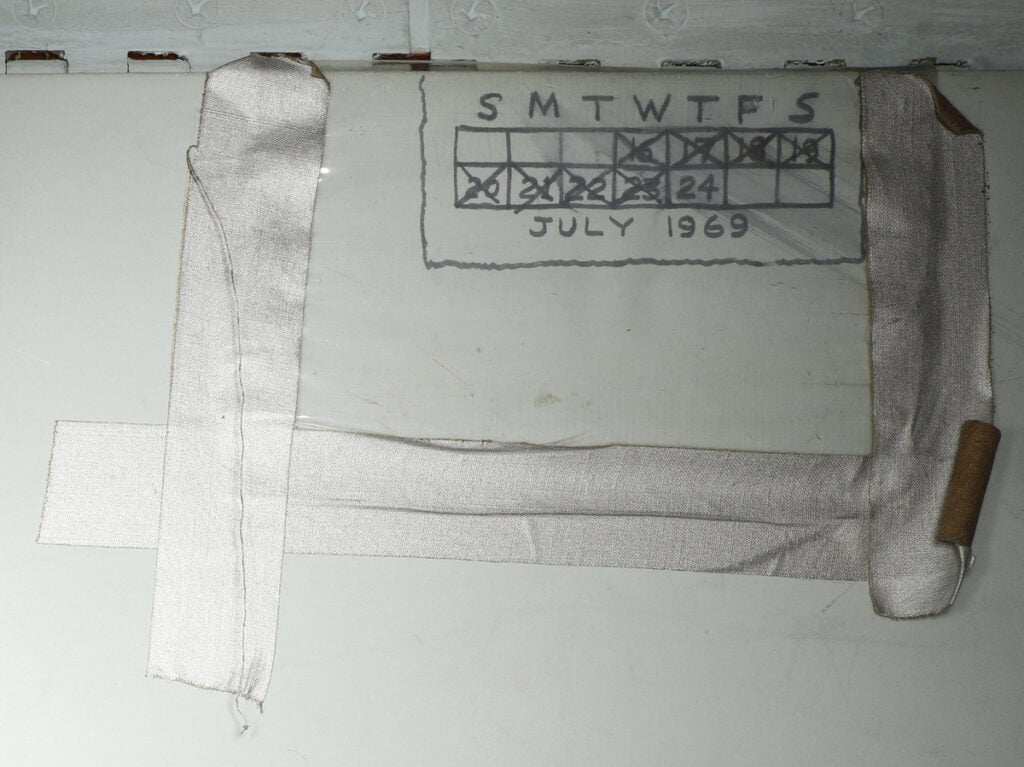 The calendar inside Apollo 11

The crew of the first mission to land on the moon drew this calendar on the wall. It ends on the day they returned to Earth.

Curators are trying to figure out when it was drawn and who drew it. As for why no one’s ever seen it, the simple answer is that very few people are allowed to poke around inside the historic spacecraft. Displayed in a clear case at the museum in Washington, guests can only get a glimpse of the inside through the plastic covering the main hatch; you can’t even stick your head inside. So it wasn’t until curators very carefully made their way inside to scan the spacecraft that they found the calendar, along with a handful of other scribblings including flight plan updates.

Finding a calendar with the days crossed out makes it look like the astronauts were counting down the days out of frustration, boredom, or because they weren’t having fun (at least that’s why I used to cross off the days until the start of summer holidays). It’s very unlikely that’s the case. I’d wager they did it to have a sense of what day it was for the guys in mission control, but that’s just my guess.

The calendar did make me think about what astronauts did during their downtime going to and coming home from the Moon, though. Because having read the transcripts from Apollo 8, 10, 11, 12, 13, and 14, there was a fair bit of downtime. Most of it was filled with experiments, navigation checks, general maintenance and housekeeping, and taking some of the most stunning pictures of the Earth and the Moon. In looking through some raw and restored 16mm footage, it seemed like there was also a good amount of shenanigans and shaving on those historic lunar missions.