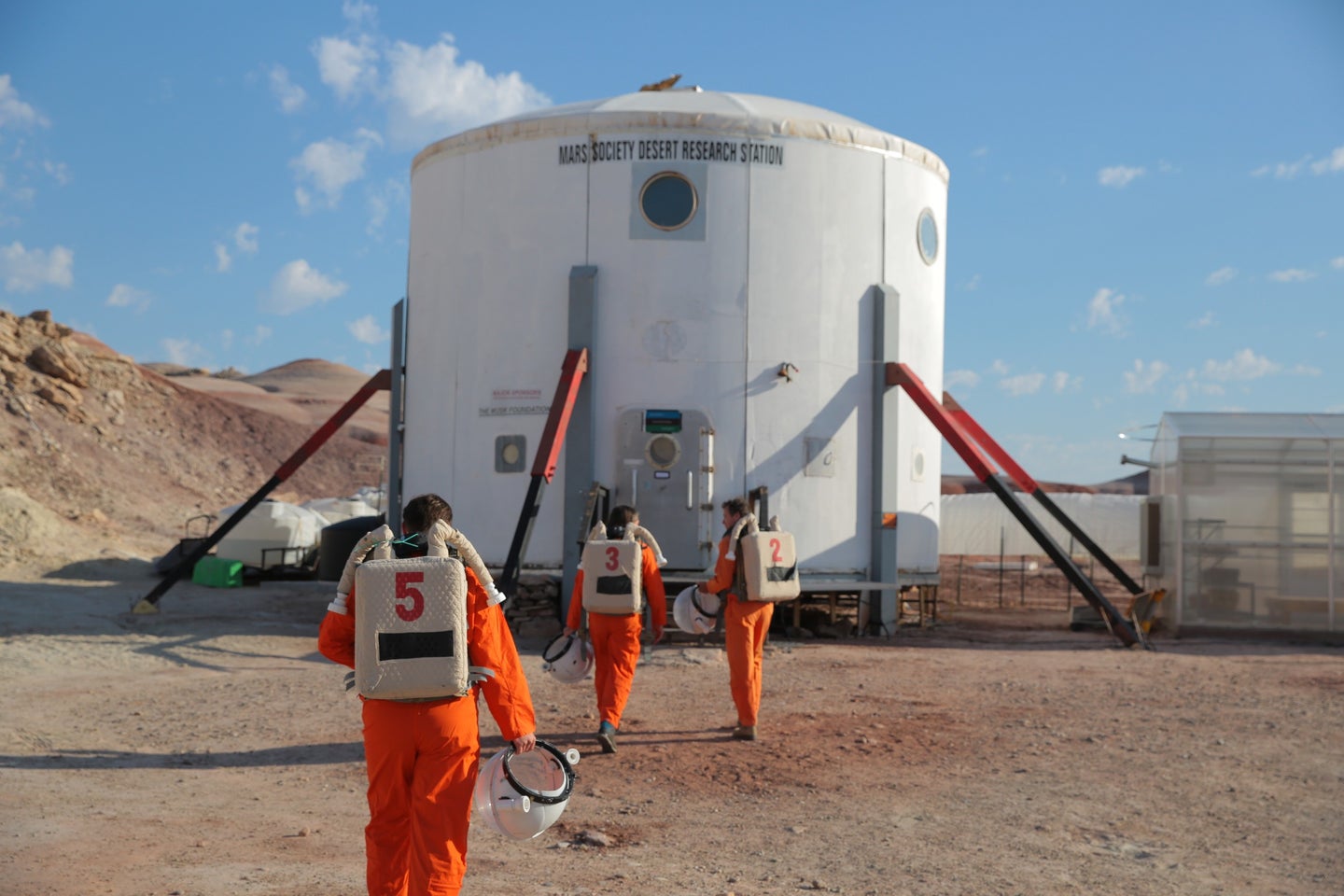 At face value, it sounds delightfully goofy—and totally useless: Swedish furniture company IKEA, known for creating impossibly cheap (and often incredibly chic) flat-pack furniture, has sent several of its engineers to live in a Mars simulation. Yes, the brave men and women who designed your beloved EKTORP sofa and GJÖRA bed frame are hanging out at the Mars Desert Research Station in Utah, playing at space colonization.

“It’s a crazy, fun experience. We’re basically completely isolated for three days to get a taste of what astronauts go through for three years,” IKEA Creative Leader Michael Nikolic said in a statement.

“What does comfort mean for compact living? How do we feel in small spaces? This year IKEA is digging a bit deeper,” the press release says, as if the next logical step after “Scandinavian apartment” is “tiny dome on a desolate alien world”.

But the exercise, which IKEA announced this week at its annual Democratic Design Day event in Älmhult, isn’t just about helping NASA create cozier space habitats—though WIRED reports that the team is hopeful they’ll be able to come up with some interesting ideas in collaboration with Lund University, which in turn does work with NASA.

The primary goal is actually to use the extreme conditions of a Mars simulation—impersonal design, cramped quarters, space toilets—to come up with design solutions that will work even better on Earth.

IKEA engineers aren’t the only folks thinking this way. In May, former PopSci intern Eleanor Cummins reported on farmers who hoped that in learning to grow food on spaceships and alien planets—a sexy avenue of research, to be sure—scientists might actually learn how to do things that are more immediately useful, like farm more efficiently in drought-stricken regions and get more nutritional bang for our energy buck. Designing with space in mind can help scientists and engineers think outside of the box, but given the fact that we don’t even have a Mars mission on the books yet—let alone viable plans to colonize the planet—it’s great news if we can reap the rewards on Earth, too (whether those rewards are super-efficient farms or adorable modular furniture pieces).

“I think that the essence of this collection will be about appreciating what we have on Earth: human beings, plants clean water and air,” Nikolic said. “But also diversity and a sense of belonging—things that we take for granted on a daily basis. After this journey, it’ll probably feel pretty awesome to come home to my own bed.”

As far as gimmicky PR moves go, a flat-pack mission to Mars isn’t bad. But the exercise also serves as an important reminder of the design challenges we’ll face in the coming century: as Earth gets more crowded—and less comfortable—we’re going to entertain the thought of packing up and leaving more and more. But like IKEA’s intrepid team of engineers, as we figure out ingenious ways to live off-world, we should remember to apply the same spirit of innovation to efforts to make our own planet a comfier place.