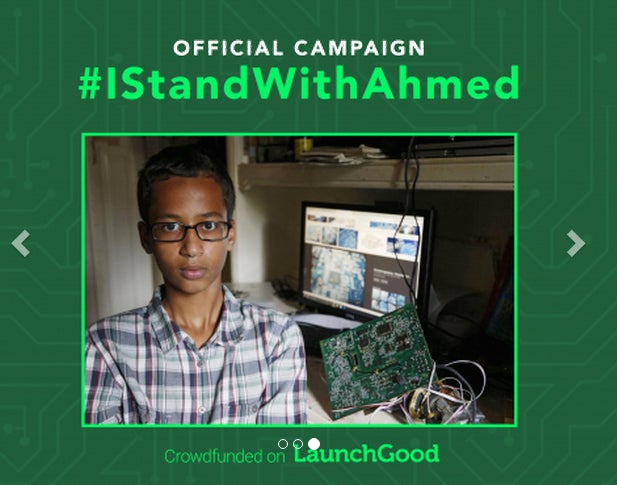 On Monday, school officials in Irving, Texas called the police on 14-year-old high school student Ahmed Mohamed when they suspected that a clock he built himself and brought to school could be a bomb. The internet quickly picked up the gauntlet, and rallied around the hashtag #IStandWithAhmed in support for the wrongly arrested teen. Now Ahmed is hoping that the good people of the internet will show their support financially, as well: last night, he launched a fundraising campaign on crowdfunding site Launchgood for a scholarship that will go to him and other young inventors like him.

The campaign, launched by “a collaboration of activists & compassionate citizens from Texas and across America,” is hoping to raise a total of $100,000 in less than 30 days, and has raised just over $10,000 so far. Half of the money will be used to establish a scholarship for Ahmed, though it’s unclear whether he would use the funds for his college education or to finish high school (yesterday he announced that he’s going to try to change schools in the wake of the incident). The other half of the money will be dedicated to year-long makerspace memberships for kids, like Ahmed, who show promise in STEM fields. LaunchGood says it “has personally vetted each contributor and will ensure all funds raised will reach their intended destination.” 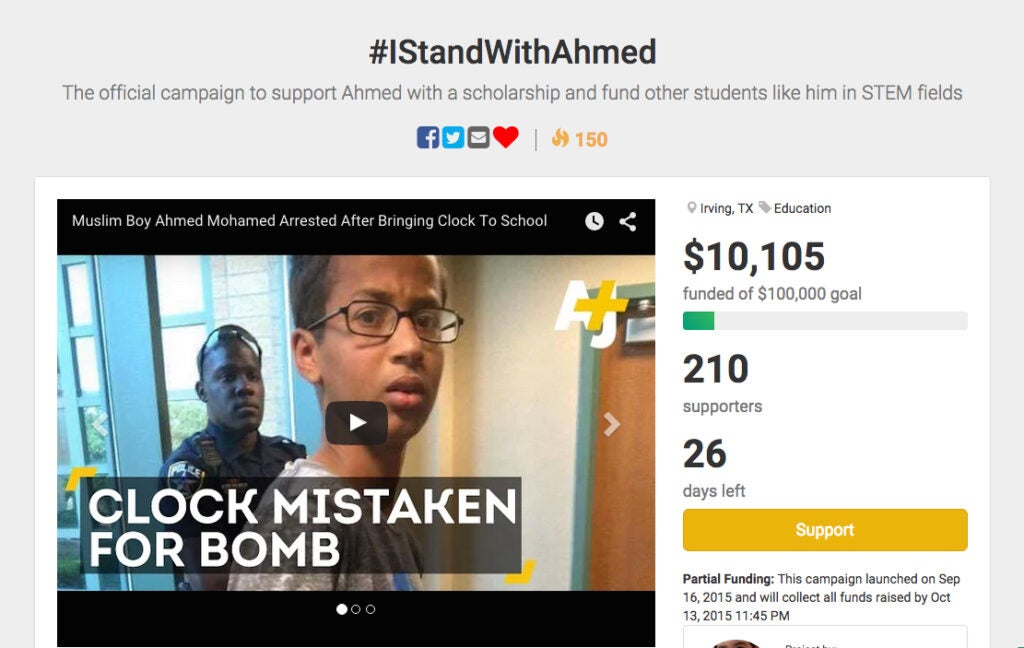 Screenshot from the #IStandWithAhmed crowdfunding campaign on Launchgood

Since news of his arrest yesterday went viral, Ahmed has been praised for his dedication to science, invited to the White House and Facebook headquarters, and offered an internship at Twitter. The fundraisers hope that they can encourage other kids to share Ahmed’s passion.

As the web site states, “Young curious minds are not a threat. As a nation, let’s support our youth in increasing their competitiveness in science and technology development because this is what will make out country strong. “