What’s With All the Movie Mathematicians?

Short answer: A solitary genius makes for a better screenplay 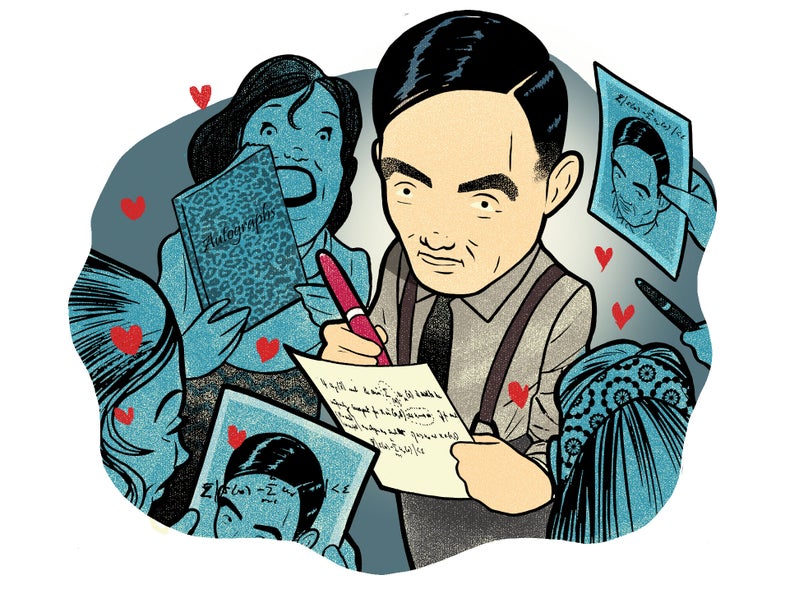 This year’s Academy Award nominees for Best Picture included the life stories of not one but two scientists: astrophysicist Stephen Hawking (The Theory of Everything), and computer scientist Alan Turing (The Imitation Game). The fact that both men have made their breakthroughs in quantitative fields isn’t serendipity. Math nerds in movies seem to be multiplying.

“We’re fascinated by computability,” says T. Hugh Crawford of Georgia Tech, who has written about science depictions in cinema. Figures such as Hawking and Turing can serve as heroes of the digital age. More important, they’re the sort of scientists who work alone, and Hollywood loves a lone wolf, Crawford says.

The affinity for a solitary hero isn’t new, but the fact that this hero can be a physicist certainly seems to be. Film scholar George Frederick Custen found that only 6 percent of the 291 biopics released between 1927 and 1960 were science-themed; almost half of those told the stories of clinicians—nurses, doctors, even a dentist. Most of the rest depicted inventors, such as Alexander Graham Bell and Thomas Edison, or lab researchers like Louis Pasteur and Marie Curie.

Early science biopics portrayed the nitty-gritty reality of working as a chemist or bacteriologist. “Ninety percent of the Marie Curie film is just showing the rote difficulty of doing lab practice,” Crawford says. Recent biopics have taken a different approach, choosing instead to feature mathematicians or theoretical physicists, whose work can be imagined (and even misrepresented) as a series of Eureka moments.

But one thing these scientists all have in common: love interests. Ah, Hollywood.

Ask Us Anything
culture