The winner of a competition to design bite-sized affordable housing in New York has just been announced. To judge by the renderings, it looks pretty roomy! 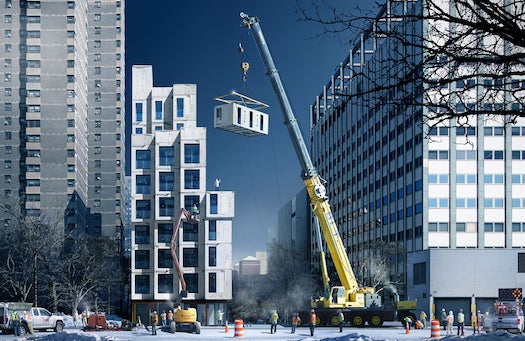 A lot of New Yorkers are accustomed to closet-like living quarters, which sounds awful and uncomfortable, right? Doesn’t have to be. This winning design from an NYC architecture competition has some clever ideas for making the most of a bite-sized apartment.

At less than 400 feet, the winning design of New York’s adAPT NYC contest isn’t the roomiest spot. But “My Micro NY,” as the design is called, still manages to squeeze in some coveted amenities, including 10-foot-high ceilings and Juliet balconies.

The judges were impressed enough with the proposal to give the team–made up of Monadnock Development LLC, Actors Fund Housing Development Corporation, and the firm nARCHITECTS–the opportunity to create a building, composed of 55 “micro-units.” The micro-units will be between 250 and 370 square feet, and 40 percent of them will be designated for “affordable” housing. It’ll even be Manhattan’s first multi-unit building made with modular construction.

The secret to developing units that are both tiny and (relatively) comfortable? Shared, multi-purpose spaces. To compensate for a dearth of space in the units themselves, the architects plan to create communal areas, including a roof garden; lounges; and a ground-floor event space for rehearsals, lectures, and so on. In all, 18 percent of the building’s square footage will be used for shared amenities.

It took a little bit of housing-zone fudging to make it all work. Housing codes don’t allow for full micro-unit buildings, but since this is a government-sanctioned project, Mayor Bloomberg is waiving size and density requirements. My Micro NY, then, will act as a trial run to see if micro-unit housing is viable in the city.

Check out the gallery for a look. 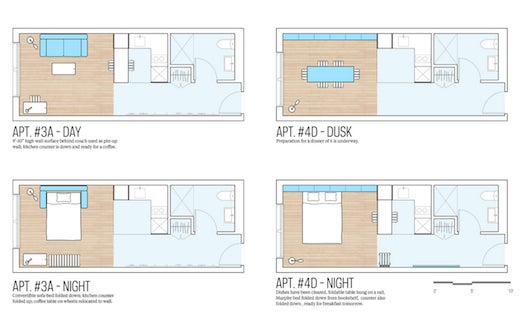 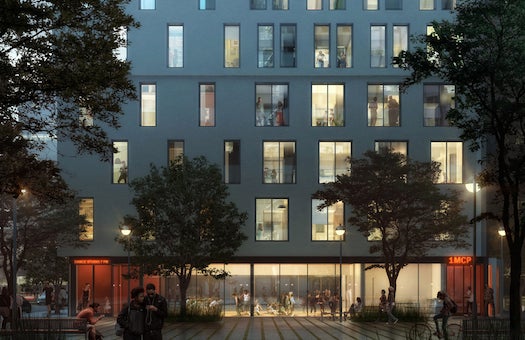 My Micro NY At Night

My Micro NY In Winter 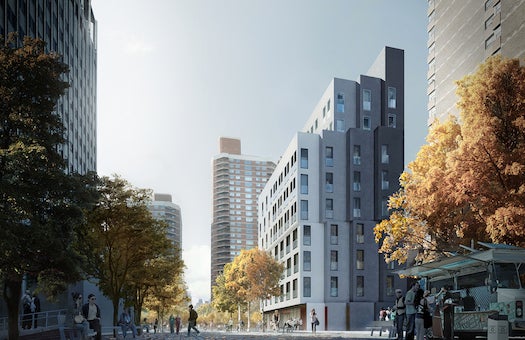 My Micro NY In Fall 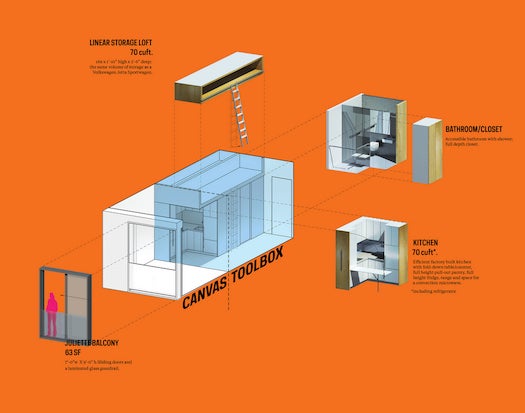