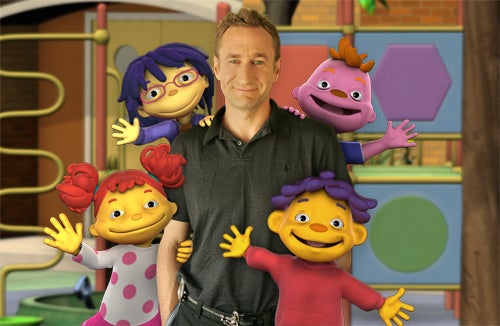 Brian Henson, whose father, Jim, created the Muppets, wasn’t always convinced that he would go into the family business. “I went through a spell in my teenage years where I absolutely was going to be an astrophysicist,” he admits. Now the co-CEO of the Jim Henson Company is channeling that early love of the stars into a new show, Sid the Science Kid, that’s designed to inspire preschoolers to question and reason like real scientists. New on PBS this fall, Sid follows a group of kids who pester parents, teachers and friends about the way things work, and it brings an innovative mix of motion-capture technology and digital animation to the television world. 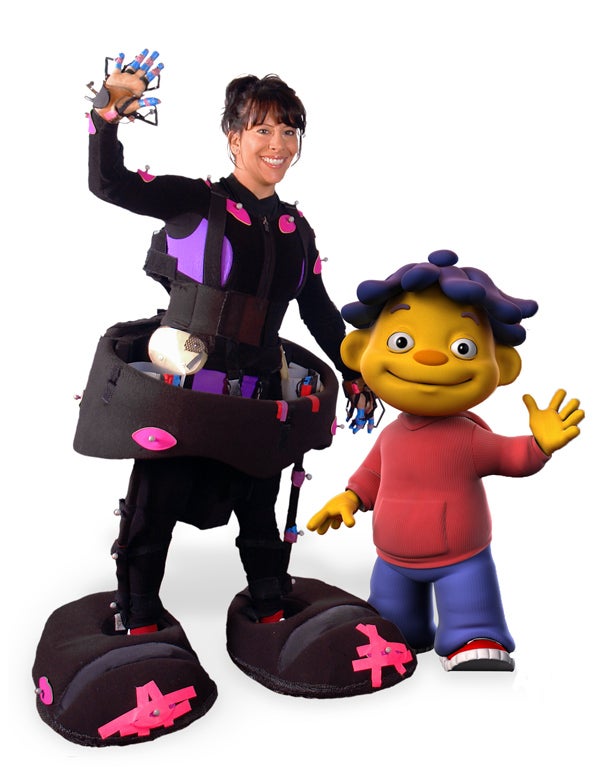 The Making of Sid

On the set, the movements of puppeteers are transferred to animated characters in real time. Typically, digital TV ‘toons are computer-generated, because motion-capture-based animation takes too long to produce, but Henson’s technology saves months of production time. It also allows for more lifelike scenes. The real-time rendering lets the puppeteers improvise and play off one another, creating a less scripted feel. As a result, Sid is visually crisp, but with interactions that can be just as nuanced as real life.

Q: Are preschoolers ready for science? Isn’t that a bit early?
A: Here in America, we generally don’t go near science until about the fourth grade. That’s really too late. The child-development experts we’ve been working with have stressed the importance of trying to get to a child before the age of seven.

Q: What will the show teach them?
A: They’re not going to come away from Sid the Science Kid having memorized scientific rules and facts. The idea is to stimulate kids into thinking like scientists. The show is really about teaching kids to explore.

Q: Do any of the characters represent types of scientists? The girl May seems heady—is she the theorist?
A: We try to create characters that are universally true and credible. May is the careful thinker, and she spots the little details, but she’s not really “the theorist.” Sid is the most adventurous, the one who is always asking questions. The building blocks for each character are basic so that anyone can watch the show and think, “Oh, I know a kid like Sid, I know a kid like May.” 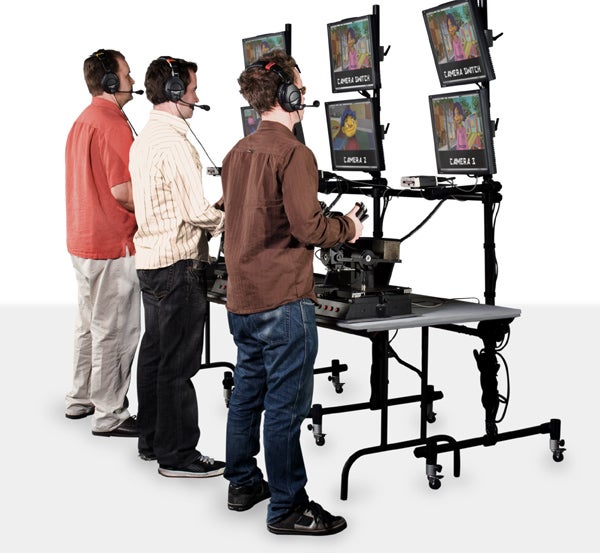 Puppeteers give voice to Sid and use an animatronic glove to control his facial movements onscreen in real time.

Q: And this is all done in real time?
A: Yes. We actually came up with the idea in the mid-1990s, but we had to wait for processors to get cheap and fast enough. Creating an animation engine that can generate 24 frames per second with no delay so that a puppeteer can perform and see what the character is doing on the screen in real time was really difficult.

Q: What’s the advantage?
A: Sid is much more like the Muppets, where things can get a little wilder and sloppy. That’s part of what’s fun. Our puppeteers don’t think about what their hands are doing; they think about what their characters’ hands are doing. With this technology, they can ad lib, they can improvise, which is a kind of energy that you don’t see in animation because animation is normally carefully plotted.
**
Q: Will viewers notice anything different about the animation?
A:** It feels much more real. With 3-D animation, people will often say it looks fake because your eye can actually see if a character walks, and every step they take is exactly the same. Your brain sees that and says robot. With our technique, the computer’s not allowed to move anything. Anything that moves has either been moved by a performer or by a camera operator.
**
Q: Has your four-year-old daughter approved the show?
A:** Because of Sid, when she goes outside, she brings her bug catcher and studies snails, and she knows not to pick the flowers because they’ll stop growing and start decaying. She’s already making observations. That’s really exciting to watch.