Yes, we are aware it comes in cubes 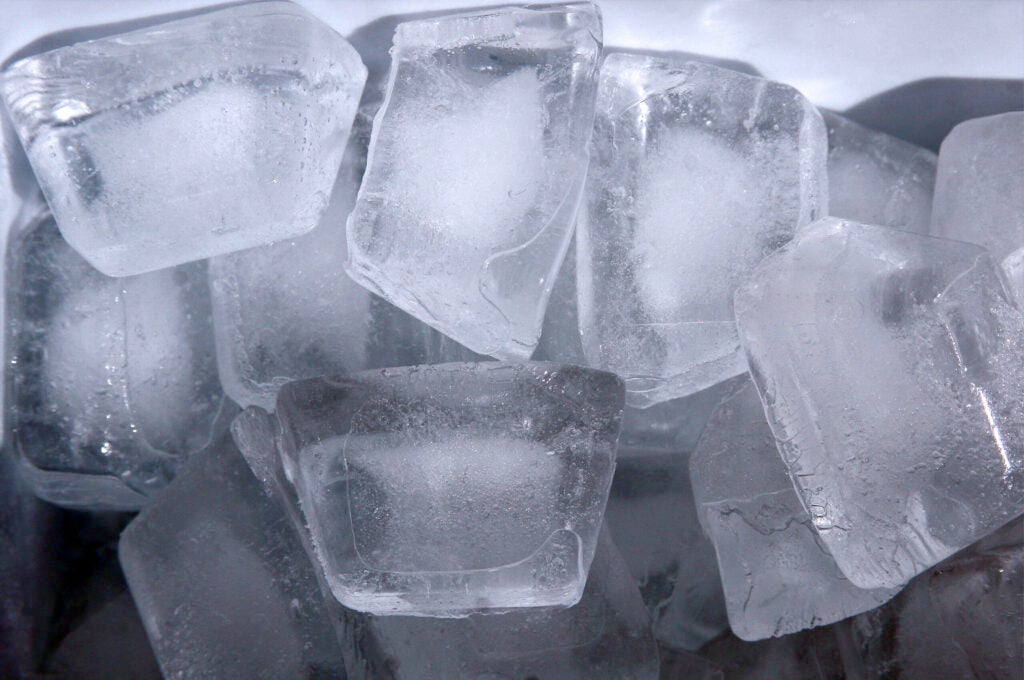 Thanks to novelty ice cube trays you can have ice in a whole lot of different shapes, from fish whose tails break off as soon as you try to get them into your glass, to those perfectly round spheres at fancy cocktail bars.

But when it comes to science, there are only a few forms that ice can take. In fact, until now only 17 different phases, or forms of ice have been observed on a molecular level. New research out of the U.K. suggests there might be an 18th form under very specific conditions.

It turns out that when you sandwich a droplet of water between two sheets of graphene at 10,000 times atmospheric pressure (that’s the pressure of the atmosphere at sea level), the atoms in the water molecules will straighten themselves out into a perfectly square grid, foregoing their favored snowflake shape for something that looks more like graph paper.

Watch the ice form in the video below:

Usually when water freezes into ice, the atoms in water rearrange themselves into a hexagonal or tetrahedral lattice, which repeats over and over again, forming a natural crystal. But in high pressure situations, water apparently takes on different forms.

“What’s really odd about it is, it loses this tetrahedral structure,” researcher Alan Soper told NPR. “That is the thing that’s quite surprising, because I don’t think it’s been observed before.”