How This Flower Dupes Flies Into Pollinating It 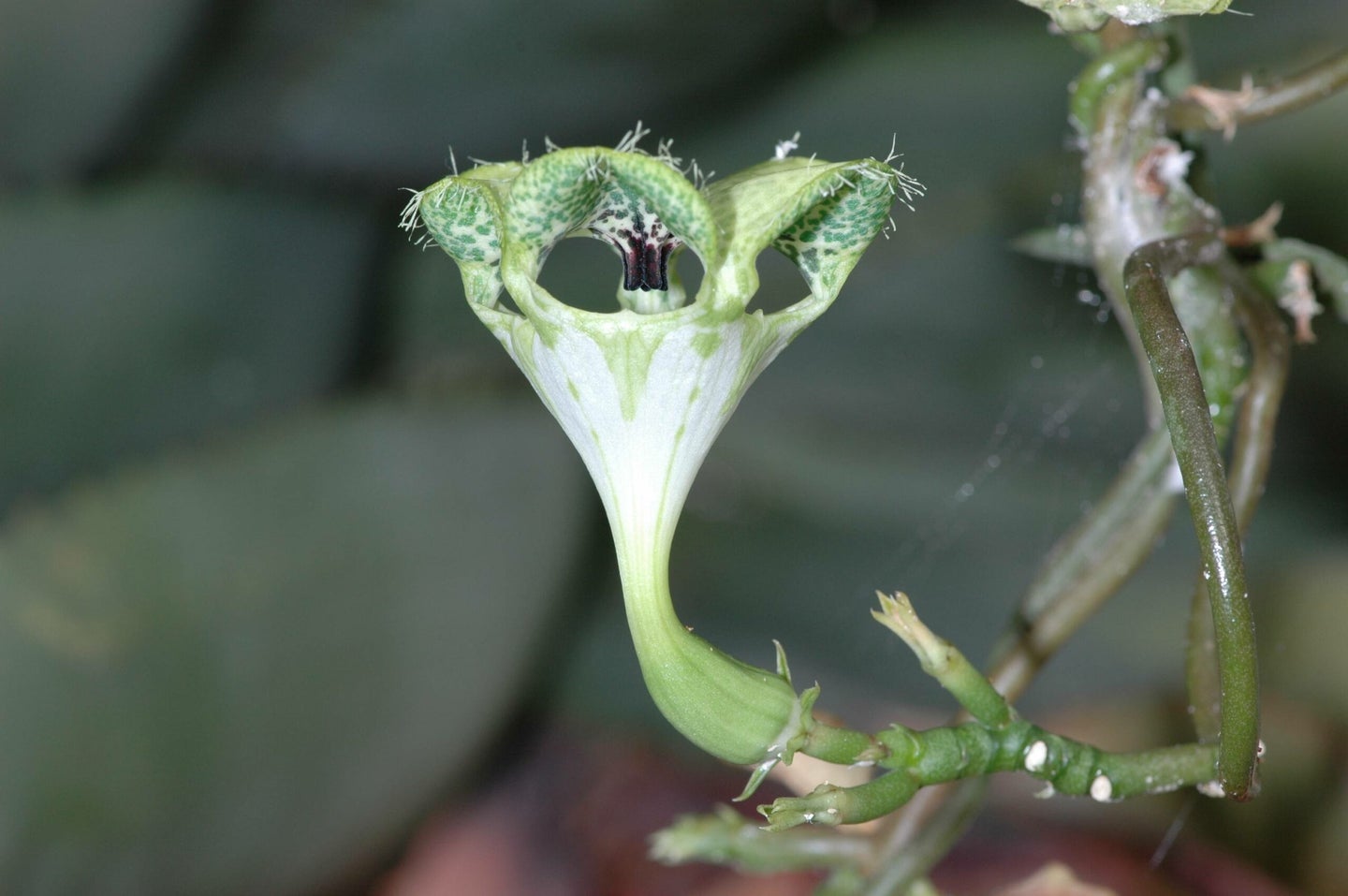 To lure pollinators, the South African flower Ceropegia sandersonii has a very unusual trick: it impersonates the odor of honeybees in distress. The plant attracts hungry flies by using some of the same chemicals found in bee alarm pheromones, scientists reported today in the journal Current Biology.

When a honeybee finds itself captured by a spider or praying mantis, it secretes chemicals from glands on its mouth and abdomen. These pheromones are meant to call for help, summoning other bees to attack the predator. But the scent also draws members of the Milichiidae family, better known as freeloader flies. “These compounds are exploited by these parasitic, food-stealing flies,” says coauthor Stefan Dötterl, a plant ecologist at the University of Salzburg in Austria.

The flies land on the struggling prey and crawl about, looking for bodily fluids to slurp up (the brazen insects have even been observed trying to steal food from the mouthparts of a praying mantis, Dötterl says).

Dötterl and his team observed how C. sandersonii turns these thieves to its own advantage. The flies visit the flower’s umbrella-like outer chamber, only to slip and fall down a tube beneath it. Temporarily trapped within the bowels of the flower, the bugs serve their purpose as reluctant pollinators. “The fly can then crawl out from the flower again—it’s very hungry maybe, and then can be collected by another flower,” Dötterl says.

To investigate how C. sandersonii was tricking its pollinators, he and his colleagues identified the individual chemicals that make up the flower’s scent. Sixty percent of the floral compounds matched those made by honeybees under attack (i.e., prodded with a glass pipette).

When the scientists stuck electrodes on the antennae of freeloader flies, they saw that the bugs responded to nearly half of the compounds emitted by both flowers and bees. Four of these chemicals also attracted wild flies.

Between four and six percent of plants “entice pollinators by deception,” Dötterl and his colleagues wrote. Among these are the famous corpse flowers that imitate the smell of rotting flesh. Others mimic the aromas of sex pheromones or dung.

C. sandersonii, however, is among the first plants to be identified that uses this “betrayed thief” strategy for pollination. Also known as parachute flowers, they are sometimes kept as ornamental plants. “Some people have it in their living rooms, but just don’t know that it’s such a special plant,” Dötterl says. He and his team are investigating which of the 200 or so other members the Ceropegia genus might also hoodwink thieving flies.