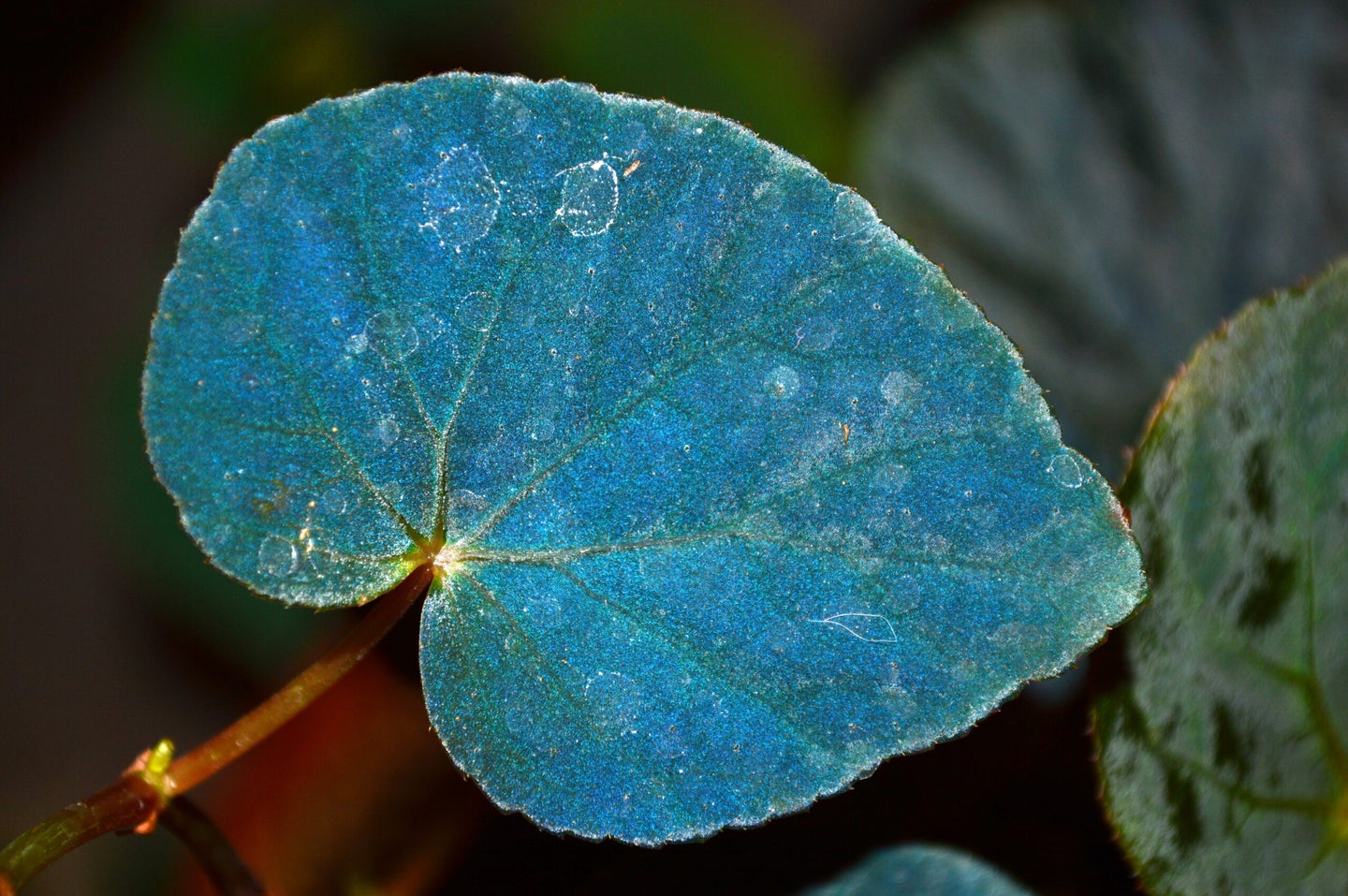 We typically think of flowers as being iridescent, but oddly enough Begonia pavonina, a plant found in the forests in Malaysia, has iridescent leaves. Researchers figured out that the leaves might help the plant perform photosynthesis while in deep shade. Courtesy Matthew Jacobs
SHARE

Iridescent flowers are common in nature. Their sparkly petals attract bees’ attention, tempting them to come over and pollinate the flower. But why would leaves be iridescent? This is the question Heather Whitney, a plant scientist at University of Bristol, asked while studying iridescent flowers.

“This seemed very odd to me,” Whitney told Popular Science. “By and large you do not want to attract insects (herbivores) to leaves.” Furthermore, she noticed that these iridescent leaves were always found in shade plants. This seemed counterintuitive since one would expect plants growing in the shade to scavenge every available bit of light. Iridescence reflects some light away, though.

Plants in the Begonia genus, whose iridescent leaves make them favorites among houseplant lovers, thrive in low light. A paper published today in Nature Plants suggests that the dazzling iridescence displayed by some Begonia species may actually be their way of enhancing photosynthesis in deep shade. 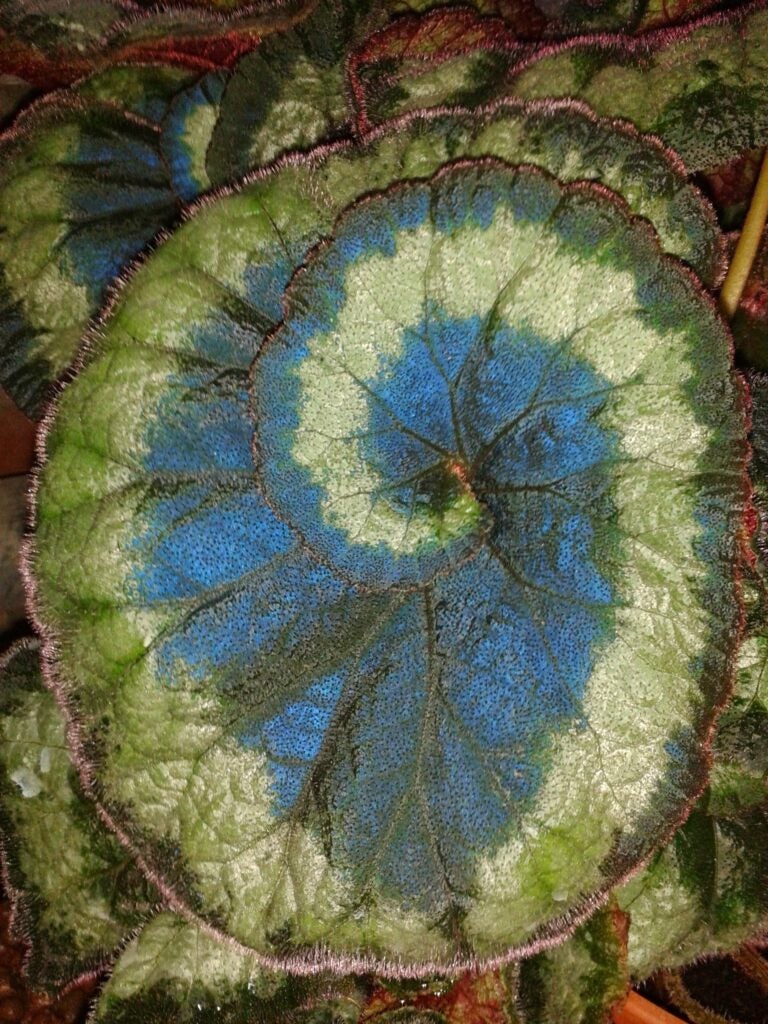 This bizarrely colored Begonia leaf displays the characteristic blue iridescence of a shade-dweller. Its tightly ordered thylakoid membranes help its chloroplasts modify a limited supply of sunlight in order to survive.

Whitney and her colleagues teamed up with physicists and engineers to explore this question. What they found may change the way we think about chloroplasts, the site of photosynthesis in plants. These organelles, which give plants’ leaves their characteristic green color, capture the sun’s energy to convert water and carbon dioxide into sugars that the plant needs to grow and survive.

But the chloroplasts in these shade Begonias are different. Not only do these highly structured organelles–which Whitney and her colleagues call “iridoplasts”–capture light, but they also act as photonic crystal structures that enhance the plant’s ability to capture certain wavelengths of light. Since the leaves higher in the canopy have absorbed much of the available wavelengths by the time light reaches the forest floor, shade plants have adapted to make use of these slim pickings. 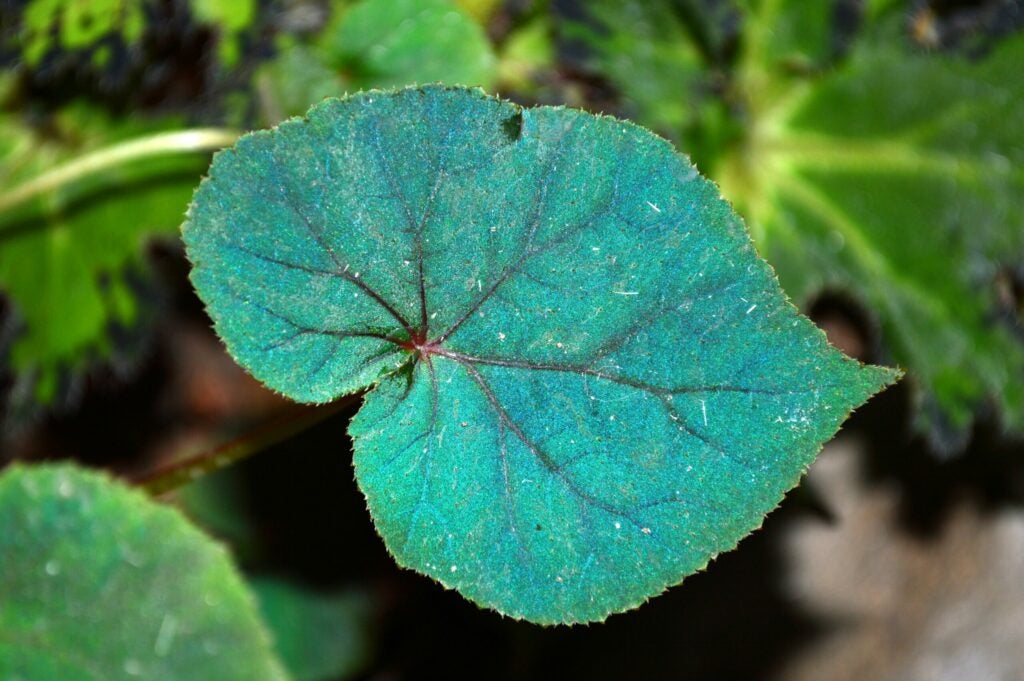 The key to this scavenging is the highly ordered nature of the thylakoid tissue in the chloroplasts. Normally these stacks of membranes, called grana, in the chloroplasts simply absorb sunlight. But in iridoplasts, the grana are structured to form photonic crystals that modify the incoming light to make it more available for photosynthesis. They do this by being spaced in a way that corresponds to the wavelength of the light they are absorbing. The peaks in the light’s waveform match up with the stacked grana, which effectively reduces the velocity of the light, allowing the chloroplast to absorb it more effectively.

The researchers suspect that these highly ordered thylakoid membranes may decrease the efficiency of electron transfer associated with photosynthesis, which would make iridoplasts inefficient in brighter light conditions. But the Begonias also contain normal chloroplasts, so they are well adapted for a broad range of environments. 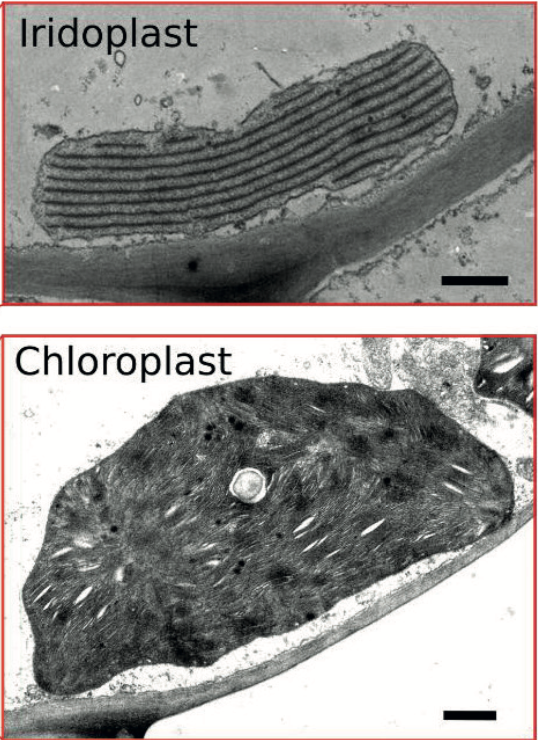 In the top image, you can see the tightly structured stacks of thylakoid membranes, known as grana, in an iridoplast. The bottom image shows the relatively random distribution of grana in a typical chloroplast. The iridoplast’s structure, with the spacing of grana matching the wavelength of incoming light is the key to its light harvesting abilities.

Whitney is hopeful about how this research can enhance our understanding of photosynthetic light capture. Since chloroplasts can rearrange themselves under different light conditions, Whitney wonders whether scientists might find more plants that are able to overcome the limitations of structure to survive in a wide range of conditions. “How many other plants might be using aspects of photonics to enhance photosynthesis?”