Why preserving wild spaces is important to agriculture

It acts as a buffer for our ignorance 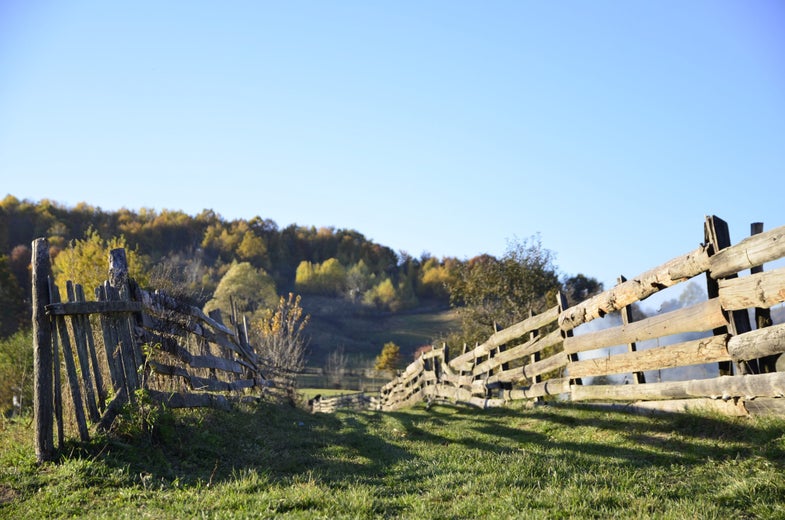 The following is an excerpt from Never Out of Season by Rob Dunn.

Superficially, agriculture, including the farming of rubber trees, is often in conflict with wild nature. Henry Ford cut down forests to make Fordlandia and Belterra. Similarly, the soybean fields of Brazil compete for space with the rain forests they replace. Any land being farmed is land that is not being conserved. Some kinds of agriculture are less in conflict with nature than are others, but none is without consequences, not now that humans number in the billions. Nor do the effects of agriculture on wild nature end at the edges of farms.

The agriculture of the Green Revolution often leads to pollution — from pesticides, fertilizers, and herbicides—conferring negative effects that have a broad reach. Yet the sustainability of agriculture, our ability to keep farming beyond the next fifty, hundred, or even thousand years, depends upon the very forests threatened by farms. We need enough land in farms so that we can continue to eat (or, in the case of rubber, drive) in the short term, but not so much that it threatens our ability to eat in the long term. Although we don’t treat it as such, nature is still the ultimate reservoir of our agricultural ingenuity.

The value of wild nature to agriculture is that it acts as a buffer for our ignorance. Sometimes we do a poor job of managing our crops, or evolution surprises us, and when this happens we turn to wild nature for solutions. In the context of rubber, because no traditional varieties of domesticated rubber trees exist, our dependence on wild nature is direct, mediated only by scientific knowledge and the traditional knowledge of indigenous Amazonians about rubber plants. We will need wild nature regardless of the severity of the problem. In the case of other crops, the dependence on wild nature emerges in the context of new extremes, whether of pests, pathogens, or climates. Sometimes the traditional varieties of crops are simply not varied enough to solve all our problems.

Sometimes agriculture benefits from wild nature through chance and sex. Liaisons between crops and their wild relatives move novel genes into agriculture. Nearly all such unions yield seeds and plants that are less useful than were their domesticated parents, but every so often a seed produced through such an exchange will have a new, useful combination of traits. Farmers have long benefited from the value of wild relatives of crops to their seeds. Traditional farmers in the highlands of Mexico, for example, are said to plant their corn crops near teosinte in order to infuse the corn with new traits, particularly when it faces new weather patterns or pests. We can detect the history of such flow in the genes of our crops. We know from the genes of domesticated grapes that as farmers moved grapes west through Europe, their grapes bred with wild grapes. Rather than tossing the resulting fruits out, farmers planted them. We have Pinot Noir and Traminer as a result.

Pollen can move from teosinte to corn in the wind. Grapes require insects to carry their pollen from flower to flower. Squash plants depend on a specific bee, the squash bee, for pollination. Potatoes rely on bumblebees for pollination, and cacao relies on flies. But for many species scientists must do the work of the birds and the bees.

With time, breeders have become better and better at using wild relatives of crops in breeding programs. Such efforts offer huge benefits. Consider rice. Green Revolution rice varieties did well for around a decade, until new pathogens, particularly grassy stunt virus, started to show up. No domesticated rice varieties were resistant to grassy stunt virus, even though many hundreds, and by some count many thousands, of varieties were tried. The solution was found in the wild. The wild rice Oryza nivara is resistant to grassy stunt virus, as were the plants that resulted when it was bred with highly productive domesticated varieties of rice. The genes of Oryza nivara are now present in much of the rice you consume. In the 1980s another pathogen affecting rice emerged, this time a bacterial pathogen. In that case a different wild rice, Oryza longistaminata, saved the day; one of its genes can now be found in some of the rice in your grocery store.

Such examples exist for most crops. When phylloxera Daktulosphaira vitifoliae, a root-feeding insect, invaded Europe and destroyed nearly all the vineyards from England to Albania, the solution came in the form of wild American grapevines. Nearly all wine in the world is now produced from grapes grown on the stems of domesticated grapevines grafted onto the roots of wild grapes. When corn was threatened by corn blight, resistance genes from one of corn’s wild Mexican relatives, Tripsacum dactyloides, were bred into domesticated corn. In the last few decades, the genes of crop wild relatives have been crossed into bananas, barley, beans, cassava, chickpeas, corn, lettuce, oats, potatoes, wheat, sunflowers, tomatoes, and at least seventeen other crop species.

Wild nature saved corn. It saved rice. It saved wine—wine, for goodness’ sake. It may well still save rubber. The annual value of the wild relatives of crops to agriculture in the United States is estimated to be $350 million. The global value may be in excess of $100 billion annually and is certainly not less than $10 billion. More than any fuzzy but inconsequential panda or rhinoceros, the often scraggily wild cousins of our crops, in rain forests and grasslands, offer reason enough to save all the wild places we can. The value of these species will only increase.

As the world becomes warmer and less predictable as a result of climate change, agriculture will need to adapt. Some regions will become increasingly dry or experience an increasing number of unpredictable patterns. Irrigation can buffer these new extremes, but only if water for irrigation is available. For many small-scale farmers, crops are primarily rain-fed, meaning that irrigation would require a new agricultural model, not just more water. Traditional varieties of crops from extreme climates may often have the genes we need to breed into farmed crops so that we can continue to grow them. And often the wild relatives of our crops grow in hotter and drier places than do any of their domesticated relatives, and so they are more likely to have genes that help as we continue to try to farm in marginal climates. For example, one wild variety of rice Oryza officinalis flowers earlier and later in the day than do most domesticated rice varieties. In doing so, this wild rice avoids flowering during the hottest part of the day. Recently the genes of this wild rice have been bred into a domesticated rice variety, allowing it to perform better in very hot conditions. Another wild rice appears to be useful in breeding rice able to withstand the high levels of salt expected in many soils in the future.

Excerpted from Never Out of Season, Copyright © 2017 by Rob Dunn. Used with permission of Little, Brown and Company, New York.  All rights reserved.