Novavax’s COVID vaccine might be key for vaccinating the world 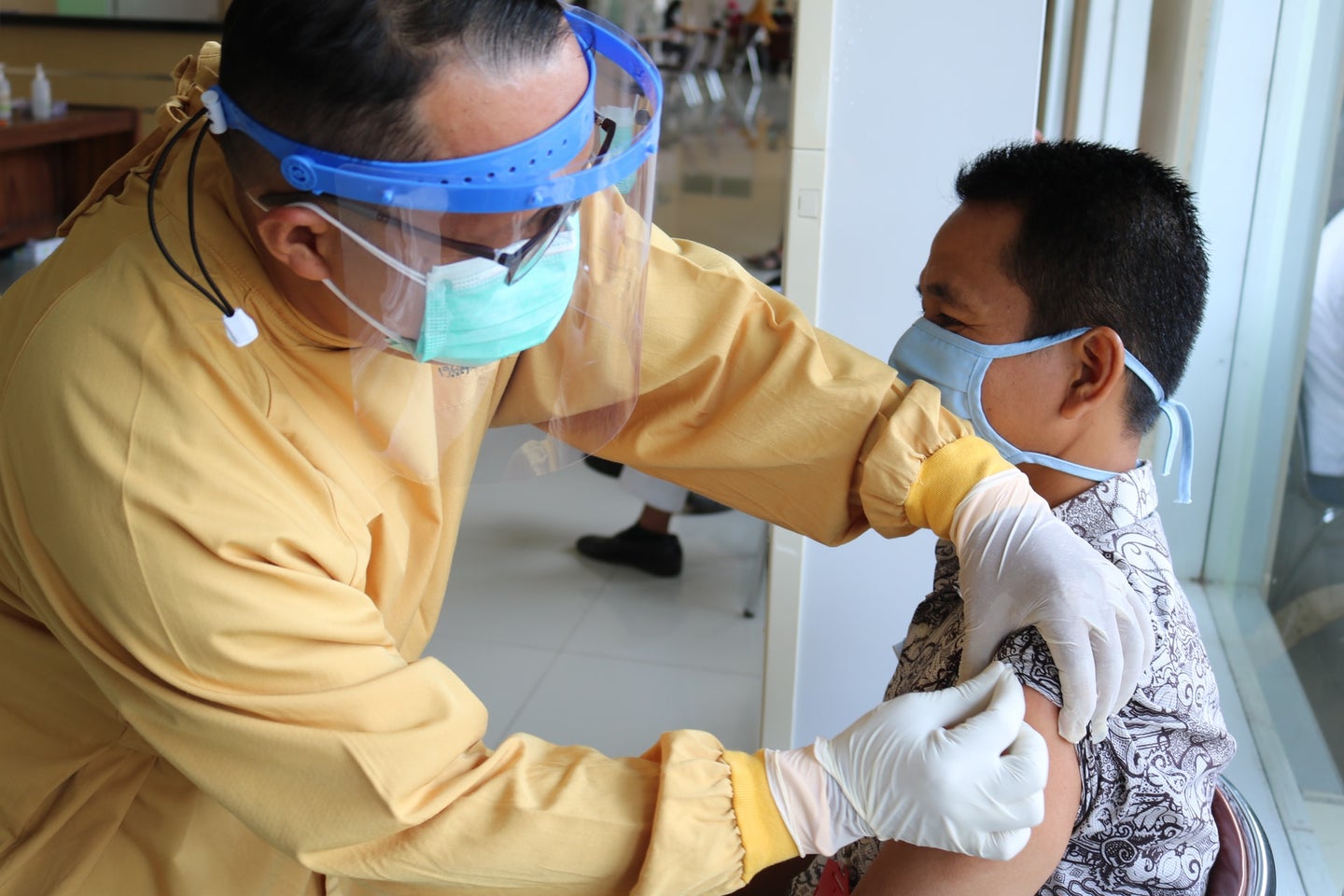 The number of new coronavirus cases in the US has stopped trending downward, and is now plateauing or going back up in some states. At the same time, many states have reduced their COVID data reporting frequency. A new vaccine from Novavax could boost the global vaccine supply, and the Delta variant could be more dangerous than previous COVID iterations.

COVID numbers plateau in the US, ending weeks-long declining trend

The 7-day average of new reported COVID-19 cases in the US was 14,288 as of June 13—signaling the second week in a row that new case numbers have stopped decreasing. Case numbers had previously been declining consistently since mid-April, following a steep decline and plateau from the largest infection peak yet in January, when new daily cases averaged more than 250,000.

Although nationwide case numbers are holding steady, the trend is not consistent across states. Places with higher rates of vaccination seem to have fewer coronavirus cases and continue to show declining transmission rates. Meanwhile, states and counties with the lowest vaccination rates are more likely to be experiencing rising case numbers and higher hospitalization rates.

In addition to stalling US vaccination efforts and regionally low vaccine adoption, the highly infectious Delta variant may also be contributing to new case counts. The variant now makes up about 10 percent of all US cases, according to Dr. Scott Gottlieb, the former FDA commissioner, and appears to be more contagious than previously detected variants.

Delta variant symptoms may differ from other variants

Beyond just spreading faster, the Delta variant may cause different and more dangerous symptoms compared to other COVID-19 variants, according to doctors dealing with an outbreak in southeastern China.

Patients appear to become sicker and deteriorate more quickly when infected with the variant. Fevers are also more common among Delta cases, showing up in about 80 percent of all symptomatic infections. Headache, sore throat, runny nose, and fever seem to be the most prevalent reported symptoms of Delta variant infections, according to UK researchers. Coughing and loss of smell or taste, considered very common symptoms of other COVID variant infections, have been less commonly reported.

The Delta variant was first detected in India this spring. It’s been blamed for the massive outbreak that made the South Asian nation the biggest recent driver of global case counts, leading to hundreds of thousands of deaths in India alone. The Delta variant has also quickly become dominant in the UK, accounting for 90 percent of all cases there. Just today, Prime Minister Boris Johnson announced a 4-week delay on planned nationwide re-openings. It’s now on the rise in the US as well.

Nearly half of US states have reduced COVID reporting frequency

Even while case numbers begin to tick up in some areas of the county, many states have stopped sharing daily data on the virus, worrying public health experts. At least 24 states will no longer update the number of cases, hospitalizations, and deaths from COVID-19 on a daily basis. Changes in data reporting vary, with some states simply ending weekend updates, while others have gone down to releasing numbers only once a week.

Florida is the most recent state to go to once-a-week reporting. As of June 7, Alabama and Kansas will only update their numbers twice per week. Oklahoma and Rhode Island have begun only releasing death counts weekly.

Employees of the departments of health across multiple states defend their decisions, saying that less frequent reporting will help conserve resources to boost vaccination and other public health efforts. However, outside experts believe the reduction in reporting will make it harder to detect and effectively respond to new outbreaks.

The US Centers for Disease Control and Prevention are investigating a possible link between both the Pfizer and Moderna coronavirus vaccines and an increased incidence of a heart condition called myocarditis in young people ages 16-24.

Myocarditis is the swelling of the heart’s muscle layer. Symptoms can range from mild to severe, and may include chest pain, weakness, tiredness, and fever. The condition is generally treated with over-the-counter anti-inflammatory medications like ibuprofen, and can sometimes simply resolve by itself. Myocarditis is relatively uncommon, but more frequently occurs in young people following an infection. It is most common in males under the age of 30.

COVID-19, on the other hand, has proven to have serious possible long-term side effects in young people, and can be deadly. Pediatric cardiologists say the risk posed by the coronavirus still strongly outweighs the risk of developing myocarditis, and that teenagers should still be vaccinated as soon as possible.

Most myocarditis cases have followed the second vaccine dose. However, more than 170 million people in the US have received at lease one vaccine dose, and only 800 possible cases of myocarditis have been reported following vaccination. The CDC is specifically investigating 226 cases. Of those, more than 80 percent have fully resolved, and none have been fatal.

Newly-released trial results show the two-shot Novavax jab is 90.4 percent effective overall. The vaccine’s efficacy was tested in a trial including almost 30,000 adults in the US and Mexico. About two-thirds of the participants were given the vaccine, while the rest were given a placebo. None of the vaccine recipients in the trial developed moderate or severe disease, and the vaccine showed similar levels of efficacy against several variants including the Alpha variant, first detected in the UK. Side effects of the new vaccine were mild, and included no reports of blood clots or heart problems.

The new vaccine is made from lab-grown copies of COVID-19’s signature spike protein, which is different from the Pfizer and Moderna mRNA vaccines currently in circulation. The vaccine is easy to store and transport, as it can be safely kept in a standard refrigerator, and will hopefully boost global supply.

Novavax plans to distribute the first doses to low- and middle-income countries that have been largely left behind by vaccine makers and wealthier nations thus far. However, authorization for the vaccine in the US, Europe, and elsewhere will likely not come before the end of September. The company plans to be able to produce up to 100 million doses monthly by fall.

Although the US currently has enough vaccine supply to meet demand,  the Novavax shot could become useful as a booster shot candidate in the future.