How Effective Is This Year’s Flu Vaccine?

Earlier today, estimates for the current flu vaccine’s effectiveness published in the Centers for Disease Control and Prevention’s Morbidity and... 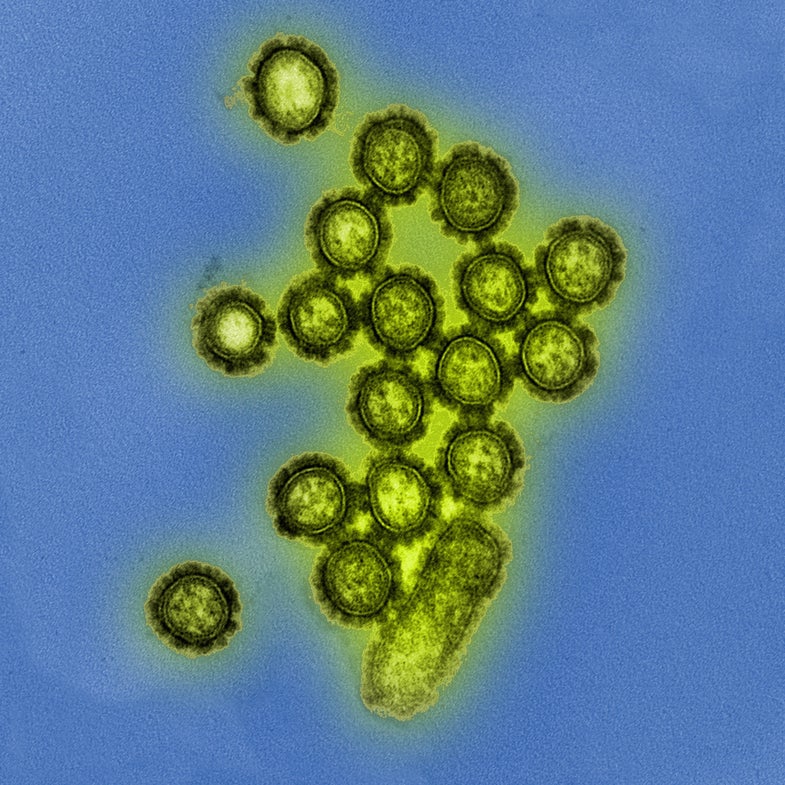 Earlier today, estimates for the current flu vaccine’s effectiveness published in the Centers for Disease Control and Prevention’s Morbidity and Mortality Weekly Report. The research suggests the vaccine is around 60 percent effective against the flu.

Researchers from the CDC and several collaborating institutions collected data from 2,319 people, including children and adults, who sought treatment for flu-related respiratory illnesses over a period of about six weeks in December and January. The researchers swabbed each patient’s nose, mouth, or both and tested for the presence of flu viruses. The researchers also collected information on who had received a flu vaccination and when.

They found that the main strain of flu circulating this year is H1N1, the same virus dubbed “swine flu” during the 2009 pandemic, which killed an estimated 284,200 people worldwide. Since then, H1N1 has shown up each flu season, and this year it makes up 98 percent of the viruses detected in the CDC dataset. This isn’t a huge surprise, since reports of the swine flu’s prevalence have been popping up for several weeks now (to see how the various flu strains are distributed across the US, check out this interactive map).

This year’s vaccine was designed to protect against H1N1, in addition to a couple of other strains predicated to be common during the 2013-2104 flu season. So why don’t the vaccines work better? After all, if they are supposed to protect against H1N1 and that’s the major flu circulating this season, it seems like the vaccines should have an efficacy greater than 60 percent. I asked this question to a CDC representative, who explained: “It’s probably a combination of host (person being vaccinated) and virus factors. Not everyone mounts a great immune response to vaccination, and in whatever vaccine effectiveness study you do, there will be some people enrolled who don’t respond well to vaccination so that can skew the numbers lower.”

The rep added that the vaccine efficacy studies for H1N1 over the past four years have held steady at around 60 percent. Still, those numbers can seem discouraging and certainly could use improvement. For more on the low rates of flu vaccine efficacy and the challenges in creating the vaccine to begin with, as well as an intriguing new approach to creating flu vaccines, check out Carl Zimmer’s recent piece in the Atlantic.

The 2014 MMWR report says that young people—between the ages of 18 and 49—have been hit harder than any other age group this year, and the viruses will likely continue to circulate at high levels for many weeks or even months. The good news is that getting vaccinated still decreases the chance of needing medical treatment for the flu by nearly two thirds, and may also help prevent others from getting sick with dangerous respiratory complications. And, there is still time to get a flu vaccine.

The CDC will have a more complete report on the vaccine’s efficacy later this year.