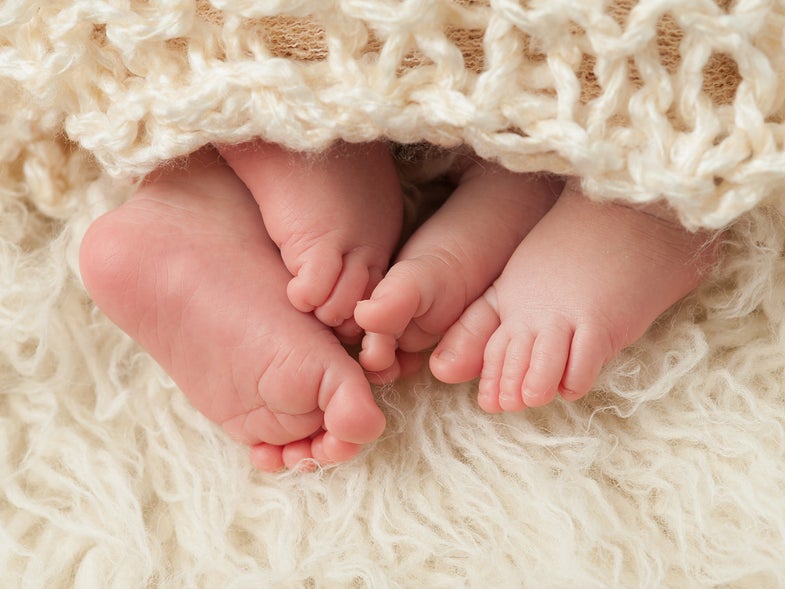 Informed consent will only get trickier as the century ticks on. DepositPhotos
SHARE

The shocking story of the CRISPR babies—or maybies, as no outside scientists have yet confirmed their gene-edited status—has been out in the world for almost two weeks now. In that time, a lot has happened. The scientist behind the gene editing, He Jiankui, defended his actions at an international gene editing summit in Hong Kong, for one thing. He’s reportedly been missing since then. Leaving him aside for a second, the very existence of humans with inheritable genetic edits has provoked a wider conversation about what should be done about the field of germline gene editing. As this story unfolds, one thing has become clear: now that embryos have been gene edited and carried to term, assuming He’s claims are true, both society and the scientific community need to decide under what circumstances—if any—to allow it to happen again. One aspect of this is the issue of informed consent. There are questions about whether He actually obtained it and what true informed consent would even look like in a world where people edit the genes of embryos. Hint: not like this experiment.

It’s not clear what the parents-to-be of babies Lulu and Nana (Grace and Mark, according to He) were told about the potential impacts of gene editing, including side effects like mosaicism and off-target edits. The consent form they signed, which was posted online around the time the news of He’s experiment broke, describes the procedure as “an AIDS vaccine development project.” Using CRISPR editing on the CCR5 gene in the embryos, the consent form said, He’s team “would help these CCR5 gene editing babies to obtain the genotype of the Northern European to naturally immunize against HIV-1 virus.”

As Popular Science reported previously, the project’s stated goal was to disable the gene CCR5, which is involved in allowing HIV to get into cells and infect the host. Fully disabling CCR5 would reproduce a naturally occurring genetic mutation most common (though still rare) among certain European populations. Scientists believe the mutation may stem from survivors of historic diseases like the bubonic plague or smallpox.

The consent form is about 10 pages long, disregarding supplementary material. “Almost the entire document is actually about the IVF procedure and only a handful of lines are about gene editing,” says Kelly Ormond, Stanford University geneticist and bioethicist. Hopefully, Ormond says, He “took to heart the idea that informed consent is not a form, but is a discussion and a process” and spent time explaining the procedure and its implications to Grace and Mark. If, however, all the researcher did was present the consent form, “I would argue that the family did not really understand how experimental [the procedure was] and how many unknowns there were,” Ormond says.

The cultural context of HIV in China may have also clouded the situation, Cornell University postdoctoral research Yangyang Cheng told Popular Science last week. Although HIV-AIDS is a significant public health problem, she says, it’s not because there is anything genetically wrong with the Chinese people—in other words, they’re not in trouble because they lack the CCR5 mutation, which is rare in any case. “It’s because of the lack of bioethics standards and a social safety net,” she says.

People in China still become infected from HIV-positive blood transfusions, she says (the United States once had this problem but has increased plasma screening to get it under control), and safe sex education is minimal, while intravenous drug use is a public health issue also involved in the spread of HIV-AIDS. Then there’s lack of public education about the disease, and HIV-infected people are framed in the national discourse in negative ways. Given the lack of understanding of HIV as a public health concern, you can see why parents would be eager to participate in an initiative that might help keep their children safe. However, given the lack of certainty around informed consent in this case, and the fact that numerous means to prevent HIV transmission already exist, she says, “I feel certain individual rights to consent and to consent knowingly are probably being violated.” Gene editing won’t keep Lulu and Nana unequivocally safe from becoming infected with HIV, and it may put them at great personal risk.

Zoom out on this tangle, and another question about informed consent comes into view: “I very much have to question how informed you could be about the potential benefits and the potential harms of the procedure when the biomedical community writ large has not answered to anyone’s satisfaction those very questions,” said Musunuru. “Could there truly have been informed consent? I would argue absolutely not.”

While this week’s reporting on gene editing might make it seem like the Wild West, there are well-entrenched principles that have shaped the regulations governing current human experimentation. These principles date back to the Nuremberg Code, established in 1947 as a response to the atrocities of Nazi Germany. In the war crime trials that took place after World War II, “those involved in horrible crimes attempted to excuse themselves by arguing there were no explicit rules governing medical research on human beings in Germany during the period,” reads an article in the British Medical Journal, “and that research practices in Germany were not different from those in Allied countries.” The Code is the founding document of modern bioethics, says Musunuru. (The other big-name document that bioethicists refer to is the Belmont Report, produced in the United States in 1974, says Ormond.)

“The concept of informed consent is rooted in the principle of autonomy,” says Ormond, “and the idea that you should be able to make an autonomous decision about what happens to your body and your life.” Beyond the question of whether Grace and Mark were able to give informed consent lies the question of whether Nana and Lulu—the two babies whose lives will be shaped in yet-unknown ways by their status as the first germline-edited humans—were deprived of their human rights. With Grace and Mark’s help, He’s team created a pair of humans who now face a life full of endless unknowns; there is no way of predicting how their prenatal gene editing procedure will affect the health of them or their progeny. If either or both of the twins face severe illness or impairment due to He’s interventions, their situation will be very different from that of an adult facing side effects of a treatment they knowingly elected for.

In this case, and in any case going forward, the metrics used to decide what’s in the best interest of a child have precedent in the way decisions are currently made about things like genetic testing for children. Technically, it is possible to test a fetus for conditions that will appear later in life. But those options aren’t generally offered to parents, and that testing isn’t done on babies or fetuses. Why? Consent, says Ormond. “For anything that doesn’t have immediate medical import, we try to defer as much as possible,” she says. That means prenatal or early onset genetic testing generally isn’t done for conditions that manifest in adulthood, such as Huntington’s Disease. At the time they do manifest, the thinking goes, the adult person will be able to make informed decisions and provide consent for how to manage their condition. Also, how would knowing early in life that they faced a debilitating condition later help someone? That knowledge hanging over their head is itself a harm.

Related: This healthy baby came out of a dead person’s uterus

This delicate balance over testing—when to test and what to test—illustrates the stakes at hand in this case. After all, our genes are us. “I certainly continue to think this was premature,” says Ormond. Many in the scientific community think there may be a time and place for embryonic gene editing, but none have come out to say that this is that time or place.

“You need to have demonstrated reliability and safety data before you make a jump like this,” says Ormond. He Jiankui didn’t have those things—but were they ever to be established, Ormond says there are other clear bioethical questions that would need to be answered before germline gene editing could be performed. Those questions are outlined in the American Society of Human Genetics position statement on human germline genome editing, which both Ormond and Musunuru worked on. Beyond the demonstrated reliability, she says, “any condition where this is being tried needs to have what we call a compelling medical rationale.” That means the condition can’t be medically managed or treated in other ways that produce a good quality of life—which is not the case for HIV.

Two other criteria would have to be met, she says: transparency—clearly lacking in this case—and, vitally, a broader social consensus from stakeholders about what they want done. Disabling conditions that might be candidates for this kind of gene editing in the future aren’t just diseases to be cured. They’re part of people; people who have Down Syndrome, people who are of short stature, people who have hearing loss or blindness. Those people—the ones now living, not the potential future generations—have a stake in how gene editing affects the condition they live with. “Many of these genetic condition communities have that sense,” Ormond says. “And so for some people, the notion that we would want to edit and maybe prevent or change individuals with that condition can have some really strong connotations.”

“At this time, given the nature and number of unanswered scientific, ethical, and policy questions, it is inappropriate to perform germline gene editing that culminates in human pregnancy,” the ASHG position statement reads. In other words, to paraphrase another famous scientist, just because it’s technically possible to do this, doesn’t mean we should.