What you need to know about variants, vaccines, and breakthrough COVID cases

The CDC is reporting every severe breakthrough, but less is known about non-severe cases. 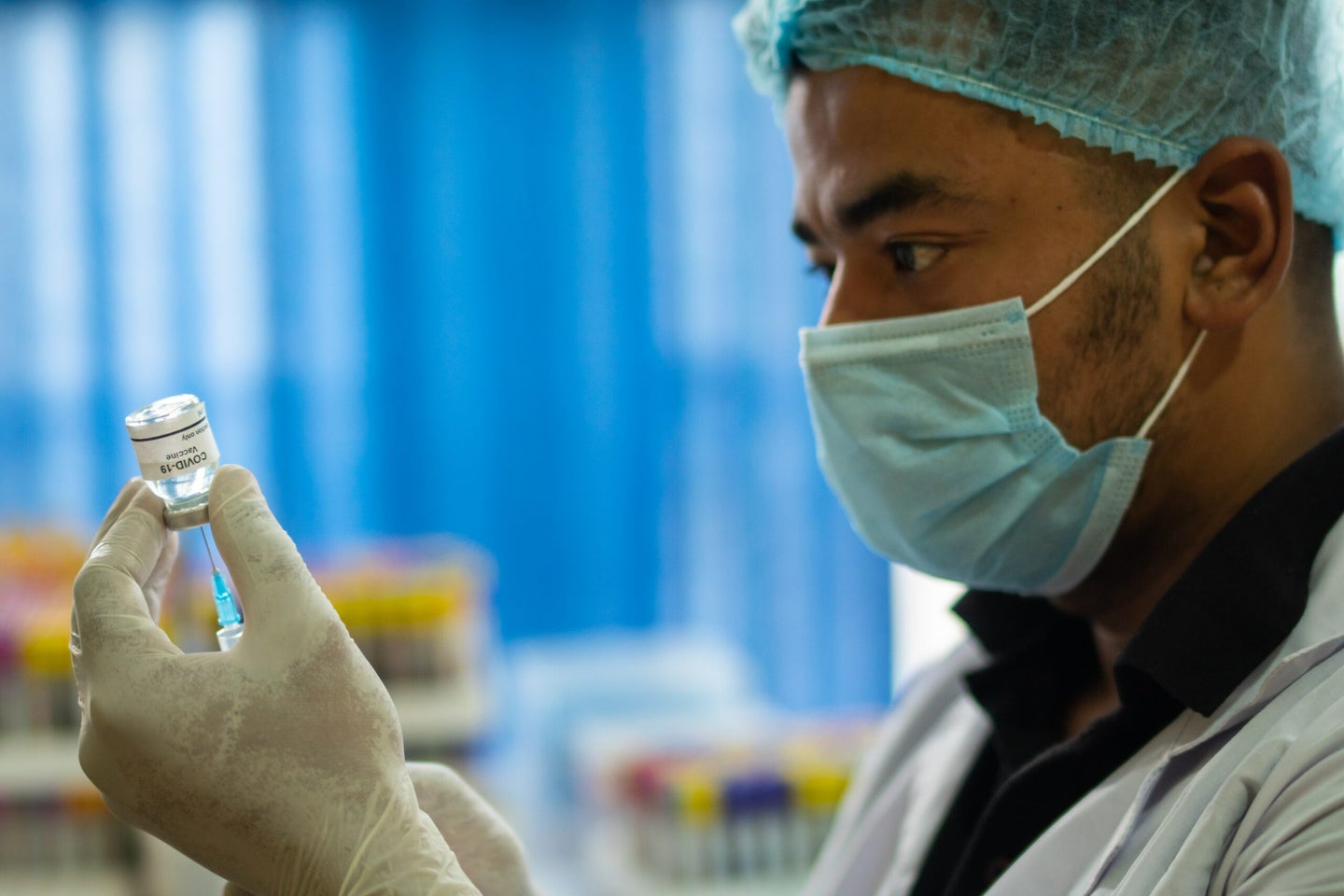 Over the coming weeks, the CDC estimates that tens of thousands of vaccinated people will develop COVID-19 as the Delta variant spills over from the unvaccinated. But that’s not a reason to panic: The breakthrough cases aren’t a sign that Delta has beaten the vaccines, but rather that COVID is running rampant in a partly-vaccinated country.

“Now that you have 150 million plus fully vaccinated, very rare events become more frequent,” says Alessandro Sette, an immunologist with the La Jolla Institute for Immunology’s center for infectious disease and vaccine research. Tens of thousands a week still represents only .02 percent of vaccinated Americans.

And there’s another wrinkle to the data. Elderly people are significantly more likely to be vaccinated than young people. The elderly, with baseline weaker immune systems, are also the most likely to experience a breakthrough infection.

Still, all vaccines remain extremely effective at preventing severe disease. According to a CDC briefing published by the Washington Post, an unvaccinated person is 25 times more likely to be hospitalized or die of COVID. And vaccinated people who have milder forms of the illness recover faster.

“In other countries [with high vaccine coverage and Delta outbreaks], you’ve seen that you might have increased cases, but you don’t have increased deaths,” says Alda Grifoni, also an immunologist with the La Jolla Institute. “That’s proof that the vaccines are still working.”

Vaccinated people also appear to be eight times less likely to be infected at all, though data on breakthrough cases is more sparse than some observers would like. The CDC is reporting every severe breakthrough, but as the Covid Data Dispatch reported, national data on non-severe cases—which might help public health officials understand how infectious the vaccinated remain—has been left to news outlets.

And a CDC report from a Massachusetts study suggests that vaccinated and unvaccinated people end up with similar viral loads early in a COVID infection, meaning that they might be similarly poised to spread the disease. That could be because Delta is better at escaping the body’s neutralizing antibodies, as one study showed.

But caveats to the data suggest that it’s still too soon to know how worrisome the report is.

“[The result] just gives you an indication of how much viral RNA is in the sample, it tells you nothing about infectiousness,” Susan Butler-Wu, a microbiologist at the University of Southern California, told Science News.

Still, it raises a question: How could breakthrough cases start out so similarly, but not make people as sick?

At the heart of the mystery is the body’s second line of defense: T cells.

[Related: As Olympics continue, Japan struggles with its largest COVID spike yet]

Unlike antibodies, which swarm onto viruses as they enter the body or blood, T cells hunt for already-infected cells. And that means that while they can’t stop a person from being infected, they can halt an infection before it becomes serious.

“It is important to say: protection from what?“ says Sette. “If we’re talking about infection against any infection, that’s a very tall order. It’s what’s called sterilizing immunity, where you have such a wall of neutralizing antibodies.”

And antibodies are picky eaters, attaching only to a small number of places on a virus’ spike proteins. And oftentimes the spike protein itself is mutating as the virus becomes better at infecting cells, leaving the antibodies without a target. A recent study suggests that Delta may have done just that. T cells, by contrast, chow down on the whole viral genome.

“The products of the virus that the antibody recognizes has to be on the surface,” says Grifoni, “while the T cells get to recognize everything.”

That’s because when a cell is infected, it begins spitting out little fragments of the virus onto its surface. Those fragments act as signals to roving T cells, which destroy the infected host, and the virus along with it. The signals can come from anywhere in the virus, and so far, T cells have been found to recognize dozens of different viral fragments, making it much harder for a virus to evolve immunity.

So far, a consistent body of work has shown that even as variants have emerged, this kind of secondary immunity has remained consistent. And recent work led by Grifoni and Sette showed that both mRNA vaccines produced a robust T cell response against most variants.

“Our T cells are flexible enough that they can still recognize the different variants,” says Grifoni,  “The T cells can’t prevent infection, but they can limit the spread [in a body].”

However, the study didn’t look at Delta specifically. Grifoni says that the variant is the focus of current research, but a preliminary look at Delta’s genome suggests that immunity “was not affected by mutations contained on the Delta variant. Our expectation is that we should still see a response against the variant. Most likely it will be comparable to what we saw on previous variants.”

Now, we don’t know if this secondary immunity explains trends in breakthrough cases over the past weeks. But Sette says that the evidence lines up well.

“What would you presume to happen in real life? You might expect an increase in the capacity of the virus to infect cells, but the T cells are still able to recognize and kill infected cells. And you would expect that those infections in vaccinated individuals would not result in severe disease. And that’s exactly what’s being seen. So this scenario is really plausible.”

That would mean that, in spite of mild breakthrough cases, the vaccines are doing their job, and should continue to do so for the foreseeable future.

“Currently, there is no indication that a viral mutant could escape immunity at the global population level,” says Sette. And without hosts, the vaccine can’t mutate in the first place.

“Before we start seeing an abrogation of immunity against SARS-CoV-2, you would need a lot of new cases,” said Grifoni. “And hopefully, if there is a global effort to vaccinate against the virus, we will not see that at all.”