This Week in Plagues: The Origin of Syphilis, Cheese Made from Armpit Bacteria, And More

Here are some links on infestations contagions, and controls from around the web, as well as a few on clever... 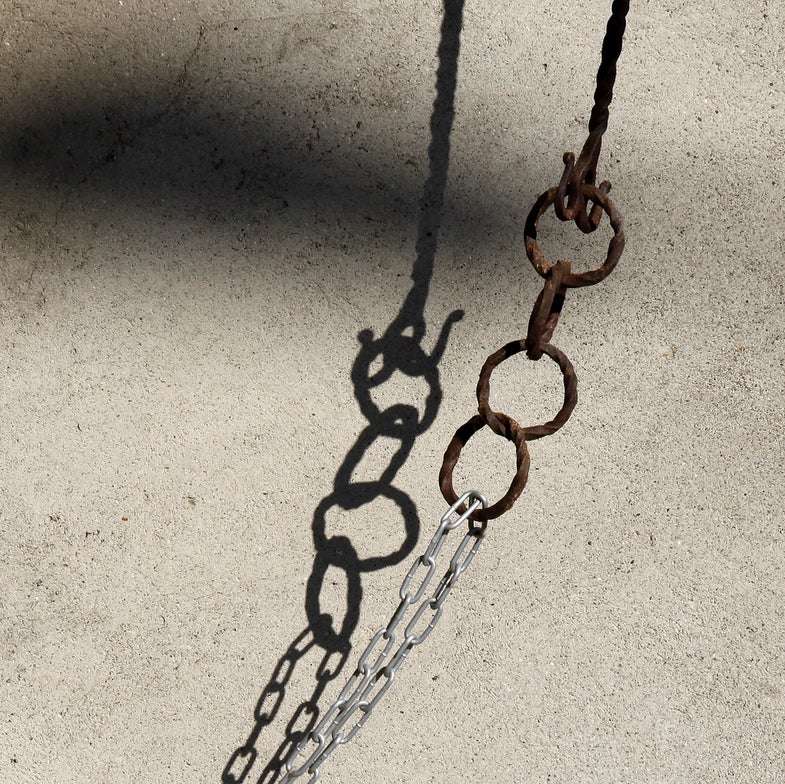 Here are some links on infestations contagions, and controls from around the web, as well as a few on clever ways to use microbes. Have more? Add them in the comments.

In response to the confirmed polio outbreak in Syria, the UN is preparing to vaccinate 2.5 million children. The Lancet points out that for all the technological advances in polio eradication, it’s the political hurdles that persist. October 24th was World Polio Day.

Not an actual outbreak, but a curious case: According to Capital Public Radio, a rancher in Montana tested positive for an unusual fungal infection typically spread by bird droppings.

Scientific American has an excerpt of a story on Lyme disease from the November issue.

According to WHO, there are five more confirmed cases of cholera in Mexico, bringing the total to 176. The cholera likely spread from Haiti. And a reported 70 people have died in a cholera outbreak in Nigeria.

Get your flu shot. Influenza can kill even healthy children, according to a new study in Pediatrics, yet the CDC says we still haven’t hit the goals for immunization. Also: it looks like the high-dose flu vaccine intended for seniors is working.

Slate has an update on the pertussis outbreak in Boulder, CO.

Here is a post on my new favorite-named blog, Barf Blog, about cyclospora, a one-celled parasite that can contaminate food and cause explosive diarrhea. An outbreak from last summer was recently linked to cilantro grown in Mexico.

And I missed this one last week, but CDC associate director Arjun Srinivasan told Frontline that we’ve reached “The end of antibiotics, period.” The interview also has an interesting discussion on MRSA in hospitals versus MRSA out in the community, which apparently have different lineages.

The Washington Post has a story about bio-factories, which can build new organisms and products from scratch, from antimalarial drugs to bacteria that break down trash to yeast that can produce jet fuel. And here is the Knight Science Journalism Tracker take.

Scientists say they can tell your ethnicity by the bacteria in your mouth.

And here are otherworldly chairs 3-D printed out of fungus, and here are cheeses made with human foot, hand, and armpit bacteria. Mmmm.

Researchers in Canada are working on turning bees into “pesticide deliverymen.”

An agronomist from the University of Vermont has developed a smartphone app to help farmers track pest management, among other things. And a company called Z-Trap has a mobile alert system to track pests in the field, which the company says will help reduce pesticide applications.

A Harvard University study says 38 out of 45 of US national parts are polluted with nitrogen, which comes from fertilizers used at nearby farms.

And Steven Salzberg has a good explanation at Forbes on why overuse of agricultural antibiotics is a far greater threat to our health than GMOs.

The Guardian has a nice story by Katherine Wright about the origin of syphilis. Wright won the 2013 Wellcome Trust Science Writing Prize for the work. I love this line in the lede: “The infected watched their bodies disintegrate, with rashes and disfigurements, while they gradually descended into madness. Eventually, deformed and demented, they died.”

And Tina Hesman Saey describes a study showing how little the leprosy bacterium has changed since the Middle Ages.

A mysterious infectious disease is taking out characters on the AMC zombie show. But how realistic is the outbreak? (You may also argue how realistic a show about a zombie apocalypse can be to begin with, but I will argue that you are a killjoy).

Slate explains the premise of the outbreak, and also gives background for the entire series for those who don’t watch it.

Here’s a post explaining why the characters actually need anti_virals_, not the antibiotics that three of the characters are frantically searching for while people die back at their makeshift home, a prison.

And finally, follow Kyle Hill on Twitter for a real-time commentary on antibiotics and outbreaks during Sunday’s episode.

In case you didn’t get enough botfly news a couple of weeks ago, Wired has a squirm-worthy post on the fly and its flesh-burrowing larvae. Wired calls the fly an “absurd creature,” which probably isn’t how a botfly would see it.

Ed Yong has a post at his Phenomena blog on the first known venomous crustacean.

A biodiversity project found traces of 129 spider species and 304 beetle species at at London’s Heathrow Airport.

And here is a video showing how a Lyme-disease-spreading tick takes a bite.