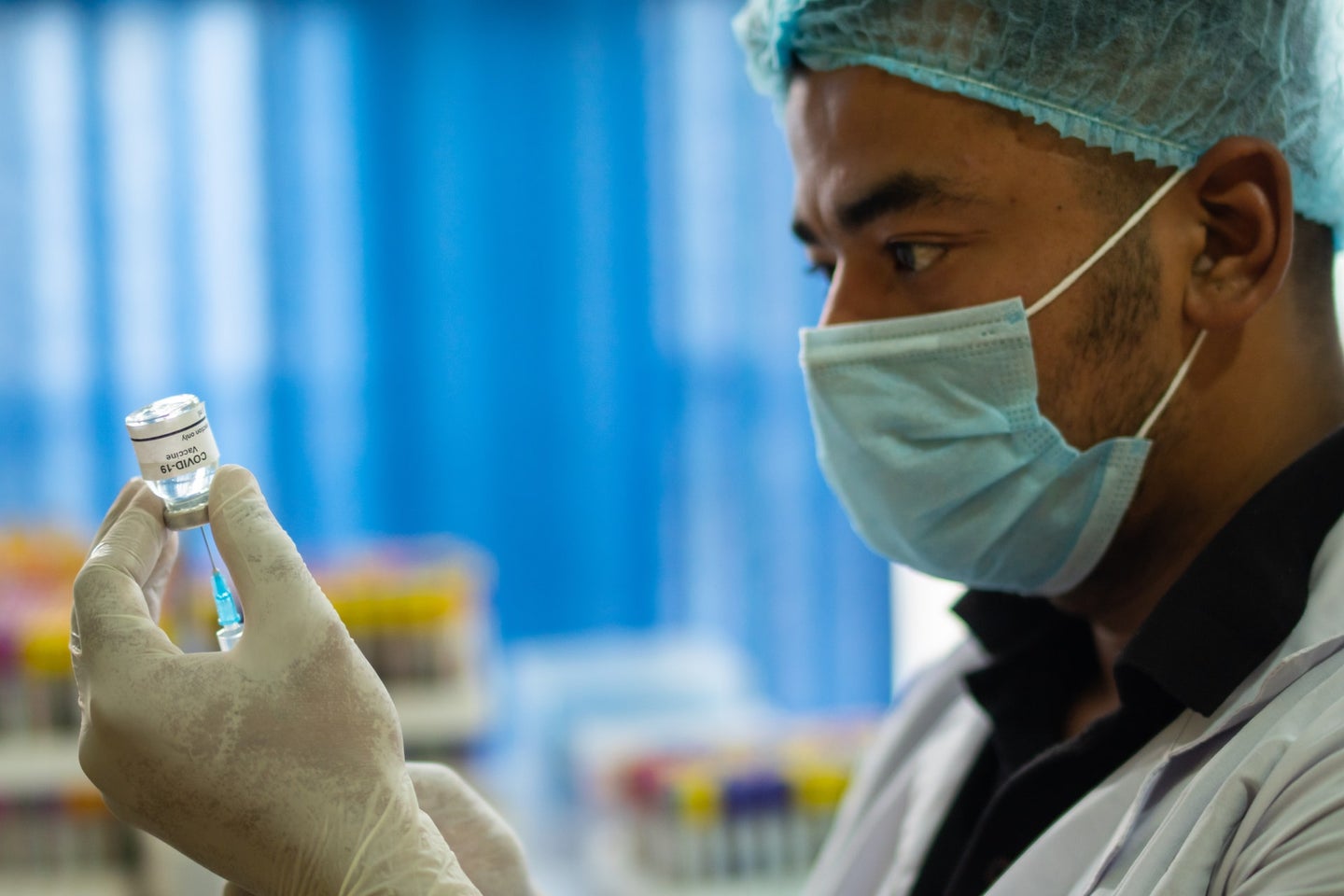 A new kind of vaccine could be coming from Novavax. Prasesh Shiwakoti/Unsplash
SHARE

Booster shots are inching closer to reality, and a recent study by the CDC has proven the effectiveness of current COVID-19 vaccines in the real world. Vaccine development isn’t over yet, either: Biotech company Novavax is currently trialing a non-mRNA shot in volunteers in the US and Mexico.

Though scientists believe that the current mRNA vaccines could provide up to a year of immunity, there is no conclusive evidence yet. The National Institutes of Health has since recently announced a new clinical trial to test whether fully vaccinated people who receive a booster Moderna shot will see an increase in antibodies that could prolong protection against the virus. Individuals in the study are not limited to those who received Moderna jabs previously.

So far, researchers have drawn blood from volunteers in the trials to measure their current levels of antibodies and immune cells responsible for targeting the virus. As expected, these levels decrease gradually. However, the slow rate of decline means that the vaccine can provide protection for a long time.

Preliminary studies are also looking to understand if there are biological markers that indicate when immunity from vaccination is no longer strong enough to defend against the coronavirus, so-called correlates of protection. Scientists believe that there could possibly be a certain level of antibodies that mark that threshold, and are looking to see if it can be identified through a blood test.

A recent study from the CDC confirms that the two-shot vaccines from Pfizer-BioNTech and Moderna provide powerful protection against SARS-CoV-2 in the real world.

For individuals who developed an infection despite vaccination, the study found that vaccines reduced their viral loads and decreased the chances of developing symptoms associated with fever. Vaccination also reduced the duration of illness by nearly a week.

These results suggest that current shots not only prevent infection, but may also reduce the severity of breakthrough infections.

New type of COVID-19 vaccine could be on its way

It’s called a protein subunit vaccine, and it may be the latest in the arsenal of vaccines created to fight the coronavirus. The vaccine will likely be brought to market by biotech company Novavax. And unlike the three mRNA vaccines that are currently authorized in the US, this vaccine contains the spike protein itself. The spike protein is what immune systems are targeting when infected with the coronavirus.

To make the virus protein, Novavax grows giant vats of cells in a lab. But another biotech firm, Medicago, is taking an alternative approach using plants related to tobacco. The plants have been modified to contain the genetic instructions to make the necessary viral protein. But crucially, the plants also produce a lipid shell which surrounds the proteins and makes them physically stick out, so they look like the virus and can induce an immune response, but cannot inflict any disease.

Novavax has given the vaccine to tens of thousands of volunteers in the United States and Mexico.

Greek letters to be used for new variant naming system

On Monday, the World Health Organization announced a new naming system for COVID-19 variants of interest and concern. Rather than the existing alphanumeric combinations or politically charged geographic names, the variants will now be given a name from the Greek alphabet.

The WHO’s decision comes as an attempt to help simplify public conversations surrounding the virus and to also remove stigma from the emergence of new variants. With the reduced risk of being vilified by association, countries might be more inclined to report new variants quicker.

According to the new system, prominent variants like the B.1.1.7, first identified in Britain, will become the Alpha variant. The variant discovered in South Africa will become Beta, the variant detected in Brazil will become Gamma, and the currently named Indian variant will become Delta.