Whatever the latest infectious disease outbreak is, explained. (This time, it’s mumps.)

A tale as old as time. 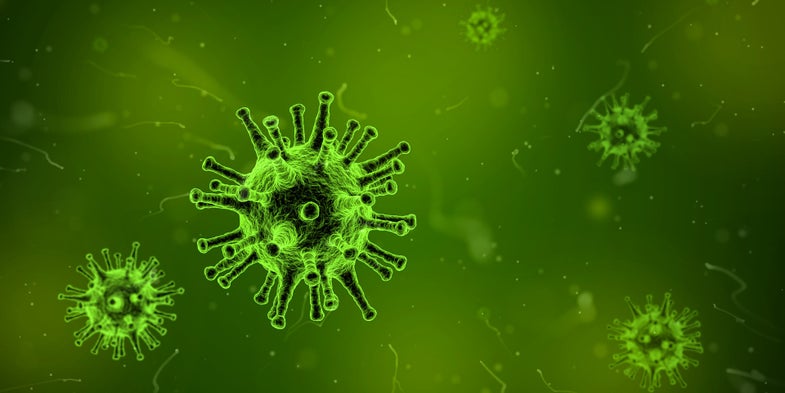 It can be difficult to keep up with the regular outbreaks of preventable infectious diseases. Despite the advent of vaccines many decades ago, many individuals do not grasp the importance of getting said vaccines in order to avoid said preventable infectious diseases. Vaccines are fairly cheap, highly effective, and available at every doctor’s office. Your doctor even reminds you to get them.

And yet, outbreaks happen all the time. Measles, mumps, rubella—these sound old-timey to us now because we were supposed to have effectively eliminated them by now. If everyone who could get vaccinated did (some immunocompromising diseases prevent some kids from getting shots, and others can’t be administered on newborns), we’d have fewer outbreaks. Herd immunity—our ability to keep the whole population from getting sick if a high enough percentage are vaccinated, minimizing risk of the disease cropping up in the first place—is a powerful thing.

The latest one, which as of publishing this article on March 8, 2018 is a mumps exposure incident at a national cheerleading event, really didn’t need to happen. None of them do. We shouldn’t have to worry anymore that some chunk of the population that’s avoided vaccination will come down with a preventable disease, spreading it to innocent bystanders who were unable to get vaccinated.

In this case, the situation isn’t so dire—mumps itself is not a terribly dangerous disease. The vast majority of patients survive, and it’s not nearly as contagious as measles, which infects 90 percent of unprotected people who come in contact with it. Mumps is caused by a virus, specifically a paramyxovirus, which primarily spreads through saliva.

Infected people develop swelling in their salivary glands just under the jaw, which gives them that lovely double-chin look. It’s usually so severe that you can’t even feel the jawbone through the swelling. People also develop a low-grade fever, headaches, and other generic viral symptoms, which subside within a couple weeks. Mumps can cause infertility, but this is rare; only a few unlucky men, somewhere around 3 to 10 percent, develop swelling in the testes. Most of these cases only involve one testicle, and the inflammation usually dies down without permanent side effects.

Hopefully, these young cheerleaders and the folks they’ve come into contact with will get off with nothing but an achey, swollen warning. But if people continue to eschew vaccination, other incidents could prove much more fatal. Since cases like these are so common as to be absurd in 2018, we’ve put together a template for writing about whatever infectious disease risk is trending on Google News right now. It will, unfortunately, always be timely.

You may have heard about the recent [infectious disease] outbreak [or exposure] in [probably an American state, but also maybe Europe]. Public health officials are warning that an infected person was in [place name] for [time frame of a few days] and local news outlets report they were [going to school or work or running around doing touristy things and generally getting their mucus all over stuff you touch in the course of your daily routine] while infected.

During that time, thousands of people may have been exposed. [Some percentage] of those who come in contact with the [probably virus, maybe bacterial pathogen] become ill, and although we’ve had a vaccine for [most likely decades], [an alarmingly high percentage] of people aren’t vaccinated in [a country that should really know better].

[Put a paragraph here describing how you catch the illness and what the illness actually does. Remind people that this is a totally avoidable problem that we don’t need to be dealing with in the 21st century.]

[Old-timey sounding illness] used to be quite common, infecting [a large majority] of children before they were [too young to up and die]. Since the advent of the vaccine, that number has dropped by [probably over 90 percent, because vaccines are generally dope], which makes it easy for people to forget what it was like to get debilitating illnesses on the regular as a child. That’s the beauty of modern medicine. And yet we still see periodic outbreaks, because not everyone gets vaccinated. A very small percentage of people have immunocompromising diseases that preclude them from getting shots, but a troubling number of parents are avoiding vaccines for other reasons. Some believe it’s not healthy to give kids many shots all at once (it’s actually fine, according to many studies), others still cling to “research” that claimed a link between vaccines and autism, which has long-since been proven fraudulent.

Whatever the reason, barring an actual medical doctor telling you not to get a shot, you should get vaccinated. Vaccines are how we rid the world of smallpox and polio. They’re how we’ll eliminate measles and mumps and [whatever illness is currently clogging your newsfeed]. But they only work if everyone gets them.

[Infectious disease we have a vaccine for] is totally preventable. Please, please get your shots.