As Olympics continue, Japan struggles with its largest COVID spike yet 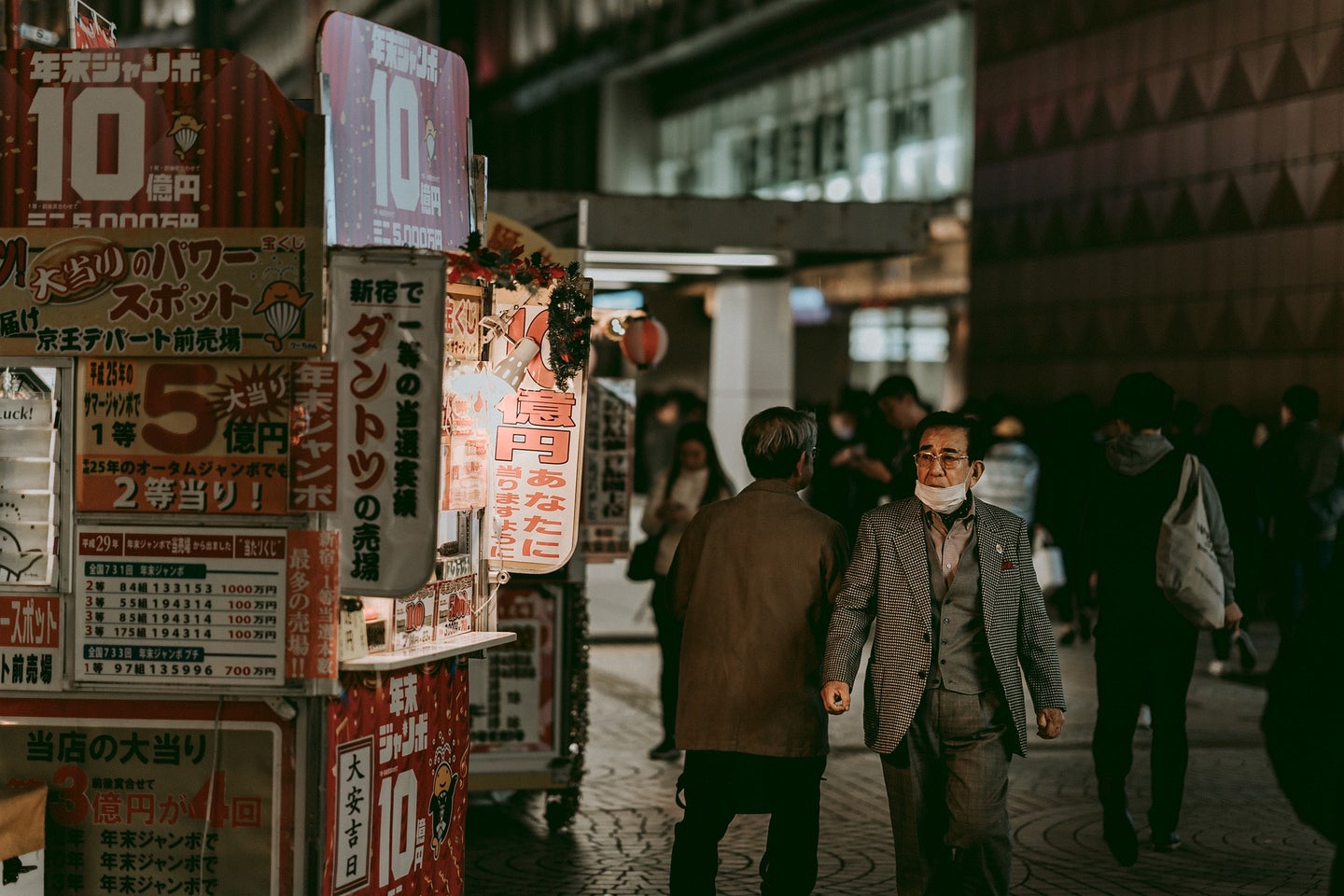 Japan is having its worst week of the pandemic yet. Abdulla Binmassam
SHARE

The CDC says vaccinated people may be just as likely to spread the Delta variant as the unvaccinated, but the vaccines remain effective at preventing severe illness, hospitalization, and death. Meanwhile, Japan is experiencing its largest infection wave yet as the Olympics continue amid emergency lockdowns. And new data suggests the coronavirus may be finding additional refuge in animal reservoirs in the US.

Here’s some of what unfolded over the past week.

When the Delta variant of COVID-19 caused an outbreak in Provincetown, Massachusetts, it didn’t only strike the unvaccinated. In fact, almost three quarters of confirmed cases occurred in fully vaccinated people, according to a Centers for Disease Control and Prevention (CDC) report. The outbreak, linked to multiple large summer gatherings and an influx of summer tourists, infected at least 469 people, 346 of whom were vaccinated.

An estimated 95 percent of Provincetown residents are fully vaccinated, reported The New York Times. Nearly 8 out of 10 people with so-called breakthrough infections had some sort of symptoms, according to the CDC. Cough, headache, sore throat, achiness, and fever were the most common. Just four of these breakthrough cases led to hospitalization (that’s a little more than 1 percent), and no deaths were reported.

The CDC cited the Provincetown case study as a primary factor in the agency’s decision to update its mask guidance. Vaccinated and unvaccinated people had similar amounts of viral particles in their noses based on analysis of test swabs—which suggests vaccinated people may be able to spread the Delta variant just as easily as the unvaccinated.

[Related: The COVID-19 Delta variant is more contagious than we feared]

Still, in addition to demonstrating the high virulence of Delta, the Provincetown outbreak also shows that vaccines remain effective at minimizing the severity of illness and preventing hospitalizations and deaths.

“People should be reassured that if they are fully vaccinated that they are very likely, highly likely, to be protected against severe or critical illness, the kind of illness that would cause them to be hospitalized or killed by this virus,” said Paul A. Offit, director of the vaccine education center at the Children’s Hospital of Philadelphia, to The Washington Post.

The UN-backed Covax initiative was meant to help distribute and supply vaccines around the world, particularly to lower-income nations that would otherwise lack access. But the program has missed its previous targets by a large margin, and its updated goals are far less ambitious, based on inadequate global supply.

About 550 million fewer doses than expected were delivered from January to June of this year, leaving many countries ill-prepared to manage the Delta variant, according to The New York Times.

Difficulties with on-the-ground distribution have been among the many challenges faced by the alliance. Lack of funding for vaccine transportation, cold storage, training, and communications have all contributed to situations like more than 100,000 doses expiring in Benin.

When a massive Delta outbreak struck India, a major vaccine exporter, many promised doses were diverted away from other nations in need as the country held onto its supply. Further, wealthier countries, like the US, UK, and Canada, have funneled vaccines away from others.

“The way Covax was packaged and branded, African countries thought it was going to be their savior,” said Catherine Kyobutungi, director of the African Population and Health Research Center, to The Times. “When it didn’t meet expectations, there was nothing else.”

The Biden administration has announced it will fund half a billion Pfizer vaccines to be delivered through Covax, but will not be providing additional necessary funding for distribution, according to The Times.

[Related: COVID vaccines will soon be mandatory for all active US military]

The efficacy of the Pfizer/BioNTech mRNA vaccine reportedly drops from 96 to 84 percent over six months, according to study data released by the pharmaceutical companies. The findings were published in a pre-print, but have not been peer-reviewed.

The study tracked more than 40,000 participants and recorded every instance of even minor COVID-19 symptoms. Protection against detectable infection and symptoms seemed to peak two months post-vaccine, and declined by 12 percent after six months. The reported efficacy of the two-dose vaccine against severe disease and hospitalization, though, was 97 percent over the same six-month period.

Although the vaccines continue to prevent severe disease, the findings suggest that there may be evidence for future booster shots on the horizon. If efficacy continued to decline at the same rate over time, it would fall below the threshold of vaccine usefulness after 18 months, reports Stat News.

But it’s also possible that the observed declines in vaccine protection against infection and mild illness could be related to the spread of the highly contagious Delta variant, said Natalie Dean, a biostatistics and public health professor at Emory University, to Stat.

Japan is experiencing its largest spike in COVID-19 cases yet, reporting more than 10,000 new cases on August 1 alone. A coronavirus state of emergency has been declared in five areas, including Tokyo, as of July 30.

[Related: Why you should recommit to hand-washing to help prevent COVID]

Five additional areas are also under less stringent restrictions. The weekly average number of cases per 100,000 has risen to 28 country-wide, and 88 in Tokyo, reports the Associated Press. The same measure in the US stands at about 20. Further, the number of people hospitalized with the coronavirus in Japan has approximately doubled in the past month.

Prime Minister Yoshihide Suga has denied that the case surge is linked to the Olympic games, which Japan is hosting despite widespread national opposition.

Deer in Illinois, Michigan, New York, and Pennsylvania have SARS-CoV-2 antibodies, signaling exposure to the virus, according to a US Department of Agriculture (USDA) study. The findings have not yet been published in a peer-reviewed journal.

Exposure is not the same as current infection, as the presence of antibodies could signal that a white-tailed deer’s immune system successfully combated the virus previously, explains The New York Times. Antibody prevalence varied state by state. In Michigan, 60 percent of surveyed deer samples contained antibodies, but that number fell to seven percent among Illinois deer.

The origins of the exposure remain unknown, but white-tailed deer are very common in human-inhabited areas. Their abundance in urban and suburban spaces is part of the reason the USDA set out to investigate deer antibodies in the first place.
The agency began studying the animals in an effort to better understand the risk of reservoirs of the virus that could contribute to future human outbreaks and to assess the impact of the coronavirus on wildlife.

So far, there is no evidence deer can spread COVID-19 to people, nor that deer actually become sick when infected with the virus.