Commemoration is perhaps the best way to celebrate a historical moment, such as the birth of American Independence or the... 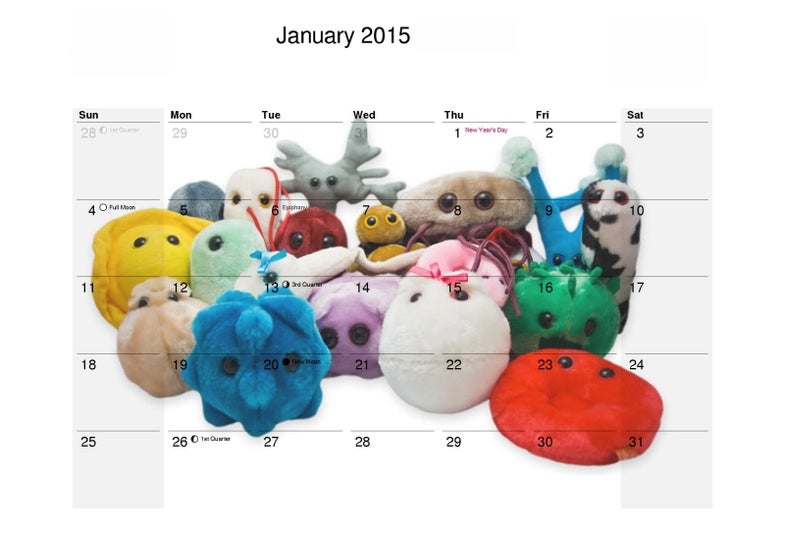 Commemoration is perhaps the best way to celebrate a historical moment, such as the birth of American Independence or the end of the First World War. But over the years, the art of signification has widened to include a number of topics ranging from smiling (October 4rd) to talking like a pirate (September 19th). Sometimes though, the issue is so grand that there needs to be a longer time period, a month, to reflect. February is African American History Month and the month of May is devoted to Jewish American Heritage.

The health field has also jumped into the fray and several individual months have been devoted to the awareness of a particular issue. February is Heart Disease Awareness Month, May is Mental Health Month. October is Breast Cancer Awareness Month and November is National Diabetes Month. The goal is not only to raise awareness to the topic but also to bring action in the community.

One of the hallmarks of creating a month of awareness is the fact that the issue affects a large percentage of the population and also is not easily managed. The four cases listed above are long-term ailments and conditions that are heavily research-focused. Time is without a doubt well spent highlighting the efforts of scientists worldwide.

In light of these successful monthly designations, there is ample reason to explore the possibility of highlighting another enigmatic topic. The impact of microbes – germs – on our world is one of the most important topics not only in human well-being, but also the health of animals and the environment.

Consider our most recent history with germs. In the last few years, the world has been witness to a flu pandemic in 2009, the rise of multiple and even fully antibiotic resistant bacteria, the never-ending spread of norovirus, and the threat of the Middle East Respiratory Syndrome (MERS). We are continuing to learn the importance of the body’s microbial composition – the microbiome – in chronic health. Research is helping us by revealing the association of germs with a number of diseases, including diabetes and obesity, neurological disorders, cancer and mental health.

Though the negative impacts are worthy enough, there are many positives to germs. The benefits of probiotics and other good germs are well established but had been forgotten until recently. Now, in a case of ‘back to the future’ the re-integration of positive microbes such as the genus Lactobacillus into our lives portends better health outcomes, On this genus alone, there is a plethora of data suggesting a closer relationship with them will help to prevent several acute bacterial and viral infections as well as chronic diseases such as asthma and tooth decay.

Then there is the impact of germs in the environment. With some nonillion (that’s a 1 with 30 zeroes) individual microbes living at any given time, it would be almost impossible to identify all the benefits and potential threats. Microbes produce about 70% of the oxygen on earth and are responsible for maintaining the cycle of life as decomposers. However, in the recent past, there have been other observations revealing how they can improve or worsen our environment and economy.

Perhaps the most exciting example dates back to the Deepwater Horizon oil spill in 2010. There was an environmental disaster throughout the Gulf of Mexico but the extent of damage was less than expected. The reason was found to be the presence of oil-eating microbes in the Gulf. Normally, they are in small numbers floating in the water. But when the oil spill occurred, they flourished, growing in numbers as they broke down the oil. When there was no more oil to consume, the numbers went back to normal; it was the perfect example of a true environmental microbial cycle. From a human perspective, these bacteria may one day be cultured and grown en masse when needed in order to help halt or at least lessen the damage.

These are only a few examples of the importance of germs in our lives yet their impact cannot be understated. There is a relationship that the public needs to appreciate. There have been efforts in the past but none have made significant progress in the general public. Yet there needs to be movement soon. As microbes become even more prevalent in our daily lives, everyone will need to know and understand the good, the bad and the ugly.

As to which month should be chosen, the media may have made the ultimate decision: January. On average, based on the results from NewsLibrary.com, there are at least one and a half times more germs-related stories during this thirty-one day stretch than any other month. In 2014, at least one germs report was featured per day in local, national and international media. In the first few weeks, the focus was on flu. The spread of the potentially deadly H1N1 and the introduction of H5N1 into North America stole the headlines. When that was over, the headlines turned to norovirus, which forced two cruise ships to give up the battle and head to port for medical help. At the end of the month, the spotlight turned to PEDv – porcine endemic diarrhea virus. Once isolated to Asia, this deadly infection of swine has come to the United States and Canada and is a significant threat to pig stocks.

Apart from bad news stories, germs also shared the positive spotlight. The potential for probiotics to assist in weight loss was a feature with many international news outlets. Other probiotic benefits taking up headlines included the prevention of colds and flu as well as the calming of a babies colicky cry. One of the most interesting research findings in January suggested good germs may help increase the human lifespan although the winner for perplexity came from a study in which comfort with germs predicted social and political beliefs.

All in all, there is more than enough reason to give January the vote for germs awareness month. Now that the 2014 edition has come and gone, there are 11 months to convince the world that it is not only a good idea, but a necessity. Germs are not going away; we need to form a better relationship with them through awareness. It won’t be easy but with collaboration, commitment and confidence, there is hope that January 2015 will be the inaugural – and hopefully annual – Germs Awareness Month.