What rockfish genes can teach humans about living past 100

Plunging into the genes of the humble rockfish could help us treat age-related diseases. 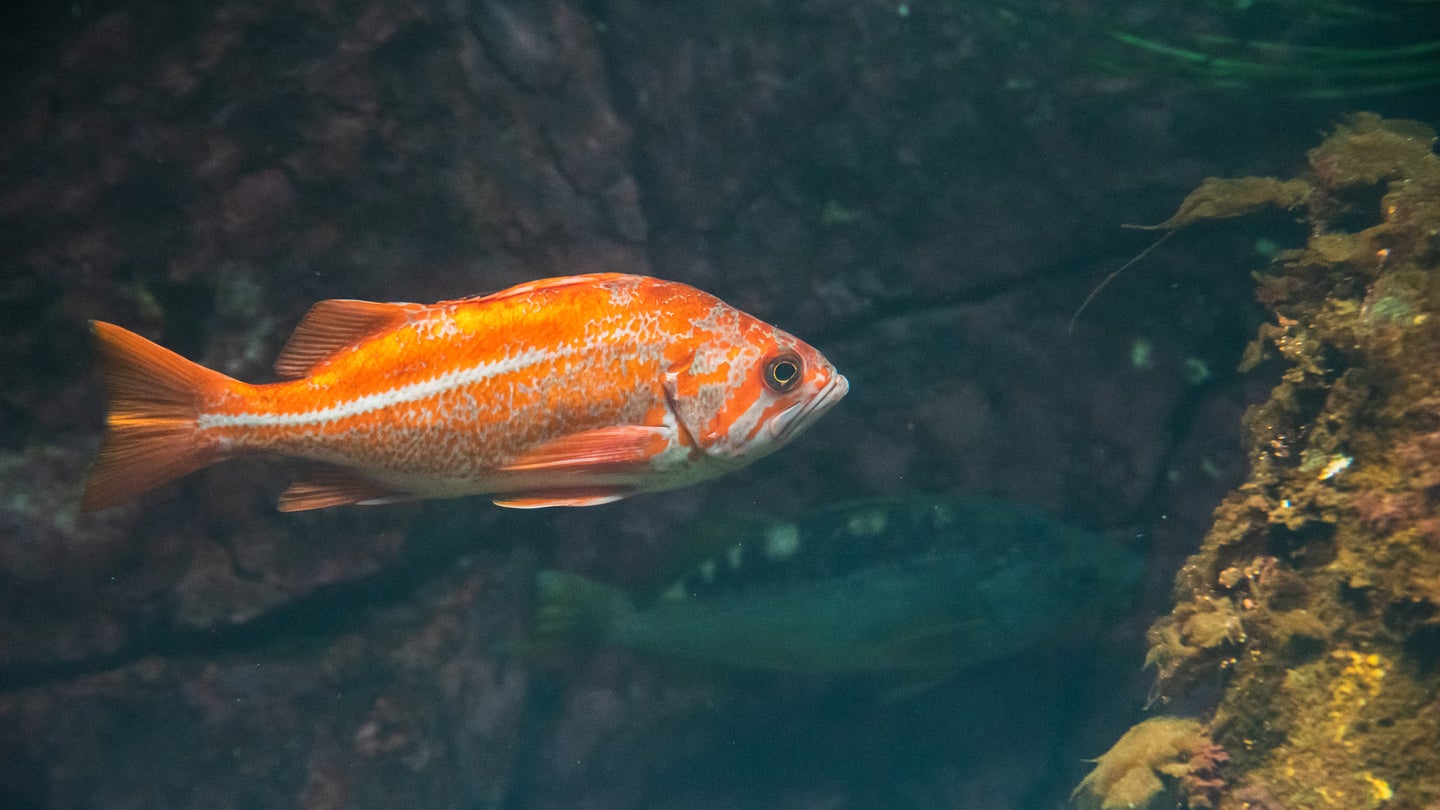 The yelloweye rockfish, which can live upwards of 140 years, is one of several species that geneticists are trying to tap to find the secret to longevity. Deposit Photos
SHARE

The lifespan of humans has grown in the past two centuries from an average of 30 to 72 years old. Despite this impressive change in health, our longevity pales in comparison to the rockfish. Rockfish can live over 100 years on the seafloor of shallow waters, spending most of their days hiding under rocks. (Some have been reported to live over 200 years). The secret to rockfish longevity is more complex than stumbling on an underwater fountain of youth. Geneticists at Harvard propose that the answer could lie with how they control their genes.

A new study published today in Science Advances found that rockfishes have a complex genetic network that likely influences the species’ length of life. These same genes also seem to be found in humans. “The way fish are regulating traits like longevity is actually very similar to how mammals are regulating longevity,” says lead study author Stephen Treaster, a postdoctoral research scientist at Boston Children’s Hospital and Harvard Medical School. Understanding these genetic variations involved in longevity in animals like a rockfish could one day help with treating age-related diseases in humans.

“It’s exciting to see rockfish genomics in the spotlight,” says Joseph Heras, an assistant professor of biology at California State University, San Bernardino, who was not involved in the study. “For many years, there have been many speculations around rockfish longevity, but now with modern genomic techniques, studies like this one provide more insight into the topic.”

[Related: Could reptiles and amphibians hold the key to the fountain of youth?]

While the rockfish is considered one of the longest-lived fishes, they have a wide range in lifespan. But the exact genetic mechanism that determines how long or short a rockfish will live remained a mystery. The study authors unraveled the genetic code of 23 different rockfish species that live from 22 to 108 years. Across all tissue samples, the team found a common network of genes involved with insulin signaling—a well-known regulator of aging that may have evolved as a survival tactic to better conserve energy. A 2021 study found that the longest-lived rockfish were more likely to express three types of genes, including those influencing the insulin signaling pathway. The new findings bring more evidence that insulin-regulating genes are a main contributor to rockfish longevity.

“The authors were able to confirm and extend on many of the observations we recently made in our sequencing of rockfish genomes, including the increased constraint on pathways associated with insulin signaling,” says Peter Sudmant, an assistant professor of integrative biology at the University of California, Berkeley, and senior investigator of the 2021 study.

But there was an additional result that was unexpected, says Treaster. The team identified another set of genes found across all rockfish that were involved in flavonoid metabolism. Flavonoids are chemicals produced in plants with anti-inflammatory, antimutagenic, and anticancer properties. Since they are known to be associated with modulating several cellular signaling and enzymatic pathways, the authors suggest flavonoid metabolism could induce anti-aging effects. According to Sudmant, the authors’ emphasis that flavonoid metabolism could play an important role in extending lifespan is a “very interesting and novel pathway to follow up on.”

After identifying two potential genetic contributors to rockfish longevity, the team searched for any similar connections in human genes. They found the flavonoid metabolism genes are not only found in humans but are significantly linked to survival. “We have these two completely different vertebrate models, humans and rockfish, and both of them have the same pathway associated with longevity,” Treaster says.

[On PopSci+: Has the fountain of youth been in our blood all along?]

Rockfishes are not the oldest living vertebrates (a 392-year-old Greenland shark nabbed the title in 2016) and are not a typical animal model to study aging. While short-lived invertebrates such as fruit flies and roundworms are more likely to be selected to study changes in lifespan, they may not apply to vertebrates like humans who live an average of 70 to 75 years.

Unlike other long-lived species, the shift in rockfish longevity was not a one-off event. Treaster says different lineages of rockfish evolved independently to have a lengthy lifespan. “This magnitude of change is unheard of, especially in vertebrates,” he says. This gave scientists an opportunity to “wash out unrelated changes” and hone in on relevant longevity contributors that are shared by the whole species.

While Treaster is excited about identifying an association between longevity and genes in the flavonoid metabolism pathway, he knows there’s a long way to go to understand how those genes/the link help with survival. Next, his team plans to genetically modify the genes involved in insulin and flavonoid metabolism in zebrafish to see if they could reverse signs of aging. Understanding exactly what these genes are doing—and if they can be manipulated—to extend lifespan can be valuable information for slowing down the aging process in humans. “The end goal of all this research is to intervene or prevent all these age-related diseases—cancer, Alzheimer’s, heart disease—that we have a difficult time solving with modern medicine,” says Treaster.