A New Climate Change Documentary Focuses On Solutions, Not Doom

But instills a healthy amount of fear, too 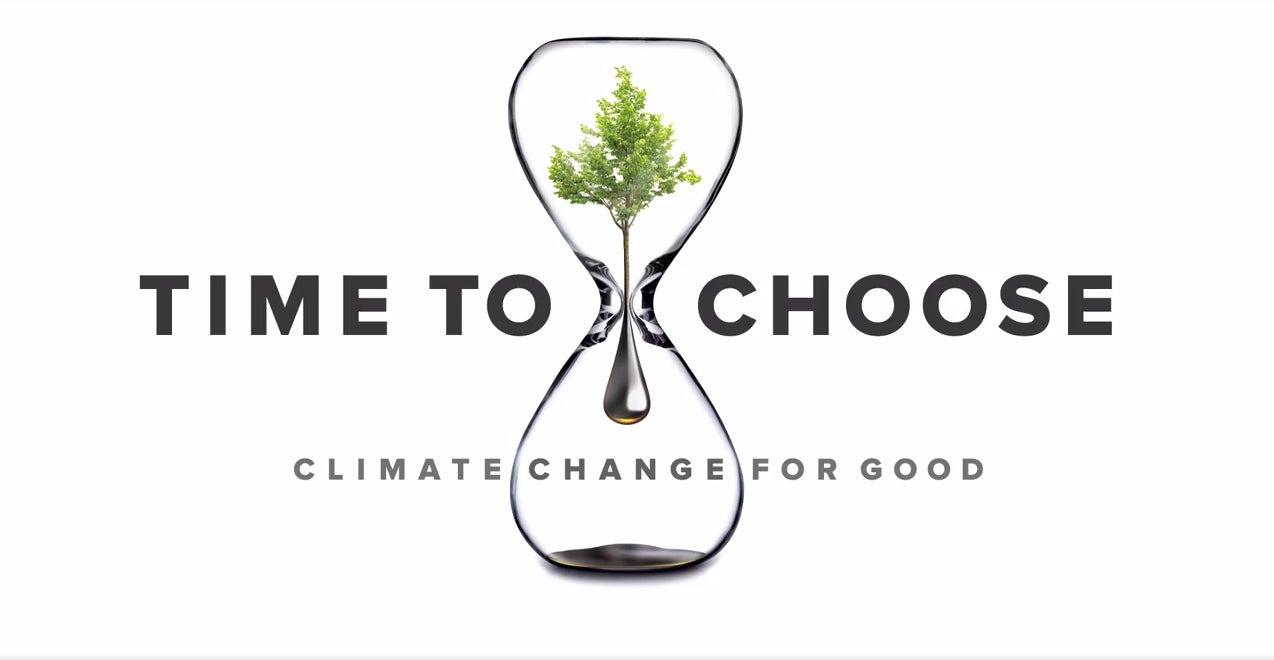 Despite the shrillness of climate deniers in today’s political and media circuses, it’s fair to say that most regular citizens–and nearly all of the global scientific community–know that our planet’s climate is changing, and that those changes are already causing damage to our environments, cities, and economies and will continue to do so on a grander scale in the future.

Whether people are jumping from their seats to battle climate change, however, is another thing altogether. More immediate concerns like paying bills and putting food on the table tend to take precedence for obvious reasons. The heavy handed nature of climate change reporting (although how can you really sugarcoat it) has also caused a fatigue and numbness in a lot of people. This spurns a hands-in-the-air reaction of “oh well,” or “It’s out of my control.” With the daunting size and scope of the problem, coupled with the die hard stubbornness of monied interests to accept its reality, how can you blame them?

With all of this in mind then, it’s difficult not to react to a new documentary about climate change without letting out an unenthusiastic sigh and instead queueing up a video of a kitten playing with a small monkey. We know climate change is bad, and we know how it works, so what more could a documentary tell us about the topic that won’t have us swearing off reading climate news forever and resigning ourselves to a blissful ignorance of our end of days? Turns out a lot, actually.

Time to Choose, released this past month, is the latest documentary to attempt to tackle the subject and succeeds in many ways where other climate change documentaries released since the seminal “An Inconvenient Truth” have failed. Written and directed by the award winning filmmaker Charles Ferguson (No End in Sight: The American Occupation of Iraq, Inside Job), and produced by cleantech entrepreneur Tom Dinwoodie, the film aims to effectively and truthfully explain the solutions to climate change that we have at our disposal, and just how feasible and realistic these solutions are, rather than beating the viewer over the head with all the ways the apocalypse will occur. In this way, it’s already a more welcome and informative watch than most documentaries with an environmental cause.

Producer Tom Dinwoodie told Popular Science that, “One of the reasons I was interested in making the film was because of the level of disgust I had for the way media handles this topic.” He said that there’s no substantial discussion about the varying tools and solutions we have to address the problem of climate change and that what public discussion there is about, say, renewable energy, is superficial at best.

“There’s no real understanding of these climate solutions whatsoever,” said Dinwoodie. Using the aftermath of the Fukushima disaster as an example to make his point, Dinwoodie noted that post meltdown, the media failed to inform the public in a truthful and effective way. “There was an article in The New York Times entitled, ‘Can we build clean coal or nuclear fast enough?’ Clean coal doesn’t exist, number one, so where’s that coming from? And nuclear is off the charts expensive. It’s not part of a long term solution. There’s no awareness whatsoever of the double digit exponential growth over the years in the wind and solar industries.” 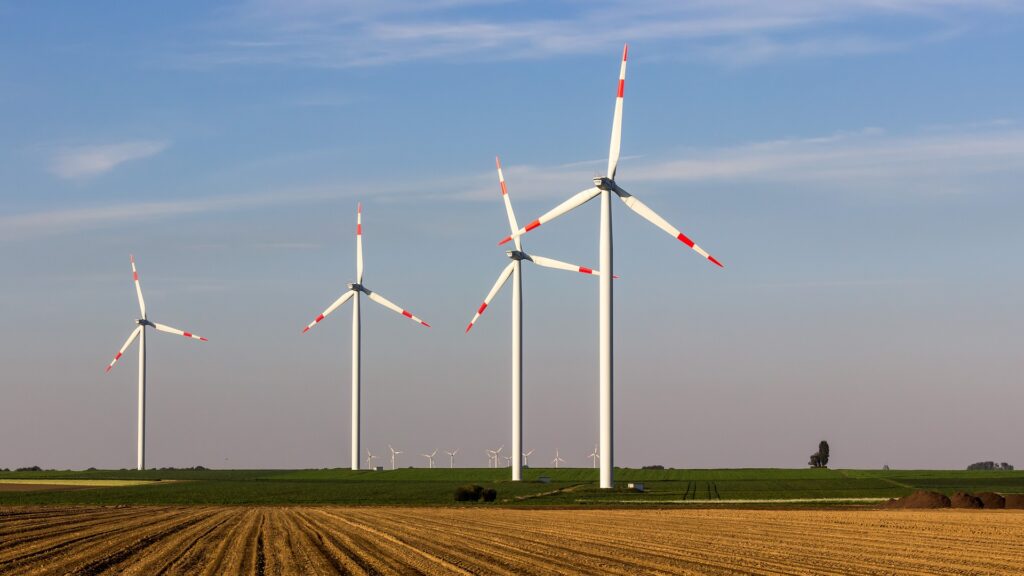 Wind power is already a huge source of energy in many European nations and some states in the U.S. like Iowa, where it’s set to make up 80 percent of the state’s power grid in two years.

The documentary’s focus on climate change solutions, however, does not come without some doom and gloom. In order to discuss the solutions available for stopping up climate change, Ferguson, the film’s director, lays out the principal causes and drivers of global warming. To anyone with a modicum of knowledge on the topic, these should be familiar to them, but there are still many who do not have this knowledge, and the film breaks it down in the clearest, most coherent way possible for anyone to comprehend. The first frame, in fact, even states starkly with white lettering on a black background: “The largest drivers of climate change are: Burning Coal, Oil and Natural Gas, Urban Sprawl, and Deforestation/Industrial Agriculture.”

The film moves forward into parts relating to each one of these primary causes and ways they can be snuffed out in a format that is easily understandable and digestible for the viewer. And though the whole lot seems overly simplistic at first—even perhaps a little campy or naive with lines like “We can stop climate change”—by the end of it, you really are left feeling like something can be done. It’s hard not to get jazzed up when President of the Sierra Club Michael Brune remarks that “The future has turned into the present. We can create a society that is powered by clean energy and the benefits will be enormous. Once we get off fossil fuels, we’re not going back.”

Therein lies Time to Choose‘s greatest strength. It provides a compelling argument to its audience that renewable energy and alternative forms of living and eating are not only legitimately effective, but can give us a real shot at stopping climate change. A cast of esteemed experts like Nobel Prize winner and former U.S. Secretary of Energy Steven Chu, food expert Michael Pollan, biologist Jane Goodall, and Nigerian activist and lawyer Oronto Douglas, among others, make its message all the more convincing. It doesn’t feel like empty doomsday rhetoric from affluent vegans, and in this way, it’s possible Time to Choose could actually spur some real change.

In fairness, part of the reason so many films that try to take on climate change fail is not just because of the heavy handed nature of them, but also because the topic itself is extraordinarily complex. That Time To Choose is so easy to follow is a tribute to director Charles Ferguson. “This topic needed a credible academic filmmaker of the stature of Charles Ferguson,” said Dinwoodie. “[Climate change] is deceiving, because to make it that clear, and simplify it into such terms requires an enormous amount of energy.”

Aside from its achievement as an effective piece of journalism and filmmaking, Time to Choose is also an artistic beauty. A Koyaanisqatsi with a purpose. It is rife with panning shots across vast nature and cityscapes accompanied with cyclic, Philip Glass-esque orchestration and narration by popular actor Oscar Isaac (Inside Llewyn Davis, Star Wars: The Force Awakens, Ex Machina).

While making no efforts to hide the very real devastation that lay just a step down the road for the people of Earth if nothing is done to decarbonize our societies, Ferguson manages to successfully explain the very real tools and strategies we have for combating this danger. At the end of the day, however, despite the film’s hopeful message and rallying cry to action, climate change is a truly dangerous problem. A human struggle for existence. Perhaps the greatest our species will ever face. And though we have the pieces in place to tackle it, we have to actually follow through, and we’ve pretty well run out of time to dally any longer. Hence the title of the documentary Time to Choose. If we don’t actively employ these solutions, we’ll likely hit runaway climate change—the point of no return—by mid century. “What do you do if you have that information?” says Steven Chu in the beginning of the film. “What do you do?”

To find out about screenings near you, or to request a screening in your hometown, go to timetochoose.com.