Could new drugs be found in its unique venom? 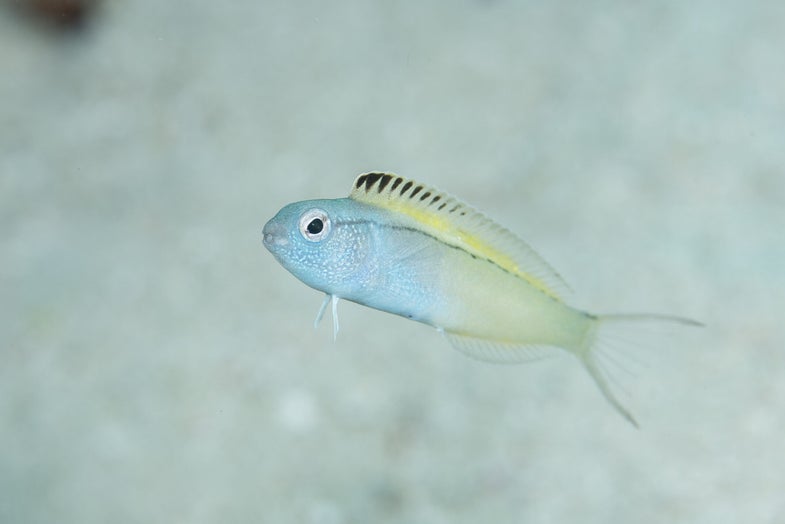 At first glance, a fang blenny looks completely unthreatening. It’s small, brightly colored, and looks like it would be an adorable backup character in a Finding Nemo film.

Then, it opens its mouth. 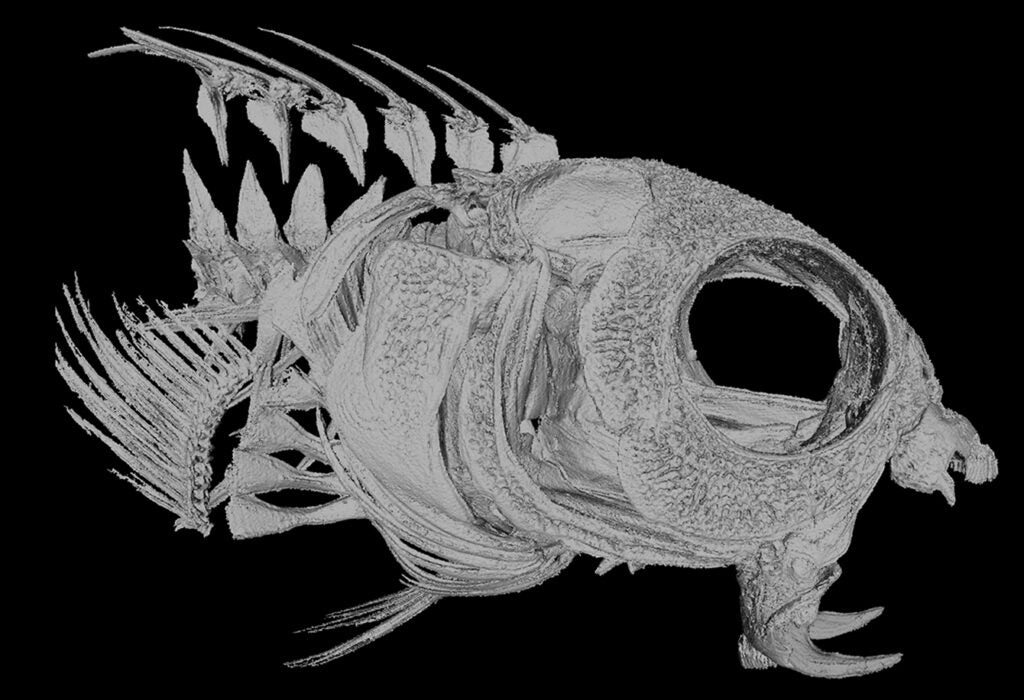 Skull of a fang blenny

The skull of the venomous species Meiacanthus grammistes.

Fang blennies get their name from their distinct twin fangs, which fit securely into slots in their heads when their mouths are closed. Scary enough. But some fang blennies add a little extra juice to their bite.

In a paper published Thursday in Current Biology, biologists describe the potent venom of these fish, denizens of coral reefs in Australia and around the world. (Not to be confused with the land-dwelling blenny fish.)

Unlike the venom of many other animals, fang blenny’s defensive shots don’t cause pain. Quite the opposite, in fact. Instead, the venom acts like heroin or other opioids, temporarily stunning or slowing a predator before it can enjoy a fang blenny feast.

Lead author Bryan Fry and his colleagues figured this out by oh-so-carefully collecting venom—lifting fang blennies out of a tank, having the fish bite on small cotton swabs, and then popping them back into the water. “They’re not exactly shy about biting,” he says.

Not all fang belnnies have any venom to begin with, and it’s possible not all venomous blennies use the same strange method of attack. The new study only looked at two species. But Fry and his colleagues plan to go looking for other unusual compounds in more members of the venomous genus.

Fry hopes that continued study of these venoms—which are chemically unique—might help develop alternative painkillers in the future, though what form those would take and what conditions they’d be used to treat remains an open question.

While the future of the venom is potentially exciting—and its present is fascinating—the fang blenny’s past is probably the weirdest part of its story.

Fry and colleagues found that long before a genus of fang blennies evolved venom, they had fangs. And instead of using them to scare away other fish, they actually used them to eat.

Their ancestor’s coloring strongly resembles the helpful cleaning wrasse, which cleans the teeth of larger predators. But instead of helping with dental hygiene, the fang blenny’s predecessor would chomp down into the larger fish, tearing off a tasty bite before darting back to safety on the reef.

Now, venom has changed the evolutionary game again. Since predators have started to avoid the bite of the fang blenny, other fish have started to mimic its coloring as a protective camouflage.

What goes around, comes around. Eventually.