If you were a starfish, you'd have eyes on the ends of your legs. 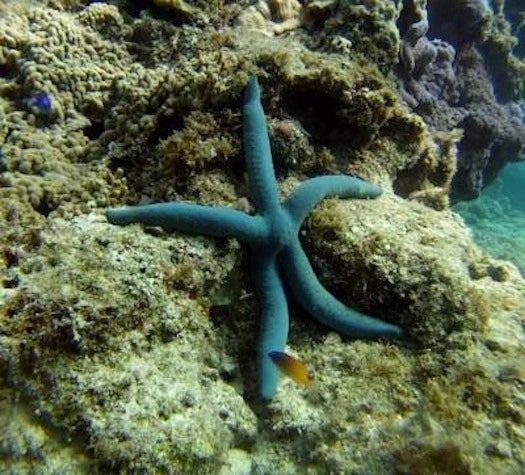 The phrase “seeing stars” has a whole new connotation: Research suggests that sea stars, a type of five-legged starfish that usually appears blue in color, can see images with the tiny compound eyes at the ends of their legs. The eyes aren’t very powerful, however, and unlikely to see things beyond 4 meters (13 feet). But the sea stars can use their vision to navigate toward reef corals, which hadn’t previously been shown, according to a study published January 8 in the journal Proceedings of the Royal Society B.

The stars’ eyes lack a lens like the compound eyes of insects, cannot process quick movements, and cannot sense colors, so they are unlikely to be used for finding food or avoiding predators. To find out if they could sense large objects like reef corals, the scientists placed sea stars at a distance of 1, 2 and 4 meters (3.24, 6.5 and 13 feet) from the corals. Those closer than 4 meters quickly returned to the reef, whereas those at 4 meters moved in random directions. They also preformed the experiment with blinded sea stars, the eyes of which had been poked out. (Ouch. Sorry, sea stars.) All of these animals moved at random, suggesting they couldn’t see where they were going.

To sense large objects, the researchers write, the eyes’ must be able to form an image, rather than just sensing light, and thus are capable of rudimentary “sight.” This sets sea star eyes apart from eye spots, more primitive structures found in animals like flatworms that sense light but cannot form images, they added.

The sea stars, Linckia laevigata, can sever their own arms if they are snared by a predator, and then re-grow them, meaning they also have the ability to _regenerate their eyes. _Think about that next time you find yourself pondering that ways that you’re superior to a sea star. 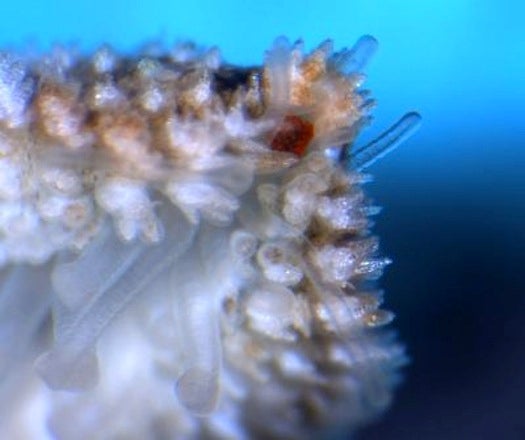