This noxious island is so full of snakes, people can’t even visit 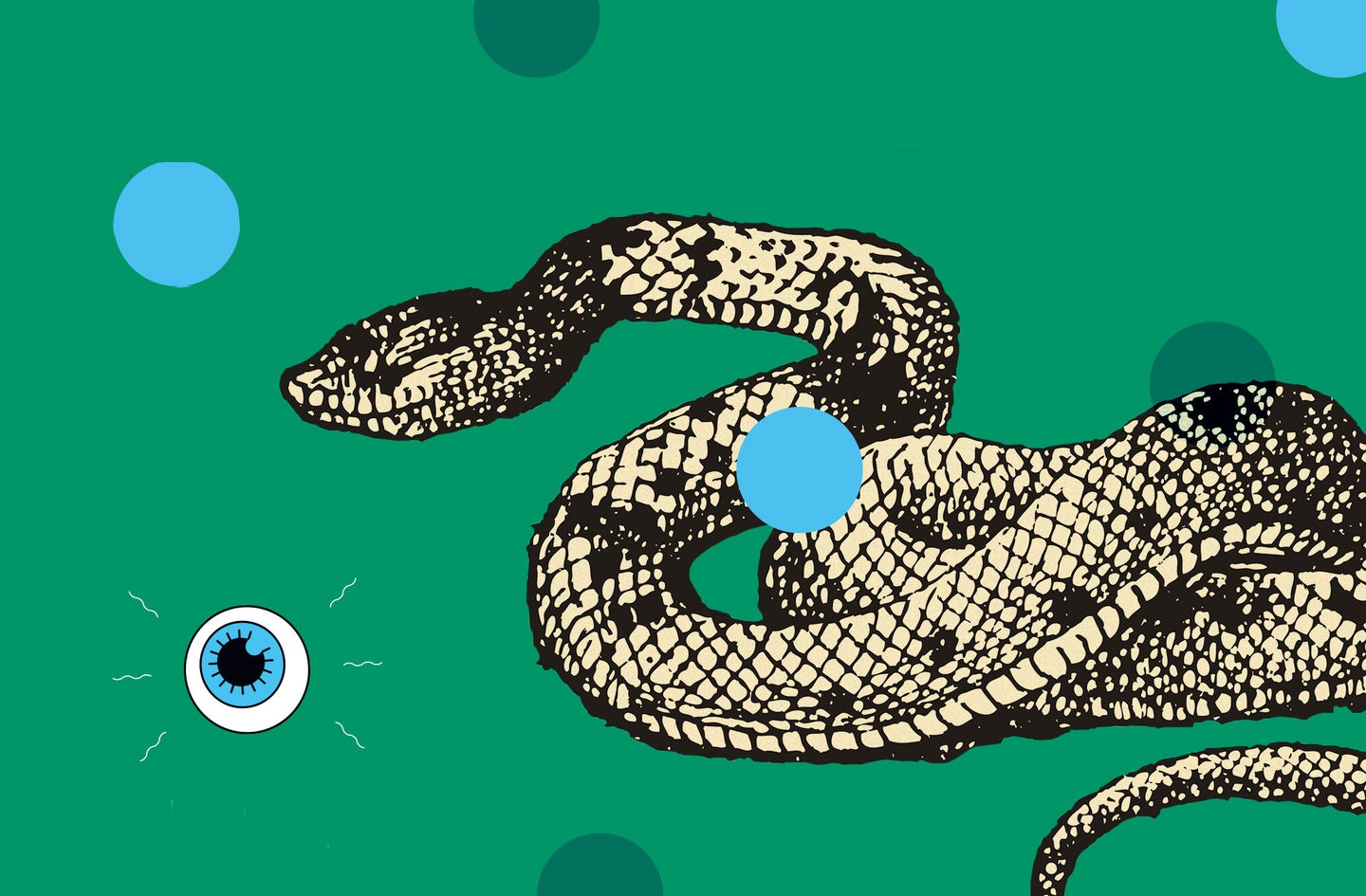 It seems like everyone these days has a new favorite side dish—brussel sprouts. Whether they’re fried up and dusted with parmesan or roasted with crumbles of bacon, these little cabbages seem hotter than ever. But, just a few years ago, these little leafy greens were hardly the apple of America’s eye. They tended to be more of a staple in Europe, and even then they tended to be served boiled.

That’s because, up until recently, the breeding of brussel sprouts allowed for the bitter taste, provided by a chemical called glucosinolates, that have an important role in plant self-defense, to really shine through. On top of the cooking method of boiling them up, this chemical made them more of an ick than a yum for lots of folks (in fact, a 2008 poll showed that brussel sprouts were America’s most hated vegetable).

But in the 90’s, a Dutch scientist figured out that there was a way to make sprouts less bitter, and therefore much more appealing to the masses. By breeding a hybrid of the sturdy (yet bitter) modern stock with older and milder varieties, the company now known as Syngenta put a sprout out into the world that was delicious, healthy, and didn’t reek so much of sulfur when cooked. And people, especially young people, responded—the tiny cabbages they detested as children suddenly, and mysteriously, became a new delicacy.
Only a few years ago, there were only about 2,500 acres of brussels sprouts planted across the country—nowadays folks can’t get enough. As of 2019, there are 10,000 acres of sprouts in the US with more fields being planted in Mexico. This comeback is best served crispy with a side of garlic aioli, if you ask me.

FACT: There’s an island so full of snakes that humans can’t go there

Ilha da Queimada Grande, a stretch of land some 106 acres-big off the coast of São Paulo, Brazil is technically called “island of the big burn.” Sounds cheery, no? But its unofficial name is even more ominous: Snake Island.

Estimates used to suggest there were as many as 5 snakes per square meter on Queimada Grande, but an actual survey by ecologists a few years back turned up a more reasonable 1 snake per square meter.

And those snakes? They’re not very chill. Queimada’s primary full time residents are extremely venomous pit vipers called Bothrops insularis, or golden lanceheads. Snake Island is infamous for being off-limits to humans, save for occasional trips by the Brazilian navy—to check in on the local lighthouse—and a small number of approved scientific expeditions.

There are some really gruesome legends from folks over on the mainland, including that the last people who lived on Ilha da Queimada Grande—the family of the person who ran the lighthouse right before the government decided to automate in 1920—were literally stalked and killed by a gang of vipers, like something out of a Syfy channel original movie. That’s probably just a macabre rumor, but the snakes are definitely capable of taking you out. We know that their closest relatives on the mainland can absolutely kill humans, and chemical analysis suggests the golden lancehead’s venom is more potent and faster-acting.

But while those urban legends are impossible to confirm, these freaky snakes do have a really intriguing backstory. Around 11,000 years ago, when sea levels were rising due to melting ice sheets after the last glacial maximum, the ocean cut off a strip of land from the rest of Brazil—Queimada Grande.

That shift trapped some number of snakes in the genus Bothrops, which is a type of venomous pit viper found in the South and Central Americas, in a new home—one with, as far as scientists can tell, no natural predators, at least against adults. It’s just some frogs, some bugs, some lizards, some birds, and a whole bunch of vipers.

So, on the one hand, there was nothing keeping these slithering predators from reproducing like crazy, which is how you end up with a snake per square meter. On the other hand, they didn’t have a lot of great food sources—juveniles could live on millipedes and such, but the biggest prey available to adults would be birds. That poses a bit of a problem. Birds are not easy prey for a snake like the golden lancehead, which lacks a prehensile tail for skillfully navigating trees. Most snakes in this Bothrops genus hunt by biting their prey once, letting it go, and then stalking it to attack again as it weakens. A bird doesn’t have to be able to get very far to get out of a snake’s easy reach, and certainly isn’t easy to track with chemical trails like terrestrial prey.

Instead, it seems the snakes that thrived on this island were the ones able to keep prey in their mouths after that first bite. If that’s how you’re trying to hunt, extremely potent venom certainly doesn’t hurt your chances.

Despite their scary countenance, golden lanceheads are actually critically endangered. Snake Island is their only native habitat, and deforestation on the mainland has decreased the number of migratory birds, threatening their main food source. There’s also, naturally, a lot of inbreeding that could start to cause problems as the gene pool shrinks. And, of course, because humans are awful, there’s quite a lucrative poaching market for these vipers, simply because they’re rare.

There are several golden lanceheads in captivity throughout the state of São Paulo, if you want to visit without breaking the law and, let’s be real, probably dying.

FACT: The ape language studies of the 1970s imploded — and changed the way we study animal communication

In the 1960s and 1970s, a handful of psychologists attempted to teach American sign language to Great Apes — most notably to chimps and one very well-known gorilla named Koko. The experiments made many of these animals and their trainers famous, but ultimately the work was engulfed in controversy. One scientist in particular, Herbert Terrace, claimed that none of these apes had learned this human language — even the ape he’d trained himself, Nim Chimpsky. Years later, these experiments were also critiqued for not having involved many animal trainers who were actually fluent in American Sign Language.

Today, the story of Koko the gorilla and Nim Chimpsky is a cautionary tale for scientists hoping to study animal communication. And the field has moved beyond the idea of teaching non-human animals a human language — focusing instead on animal cognition and how animals communicate in their own ways.