Forget the retweet, meet the shark-tweet. 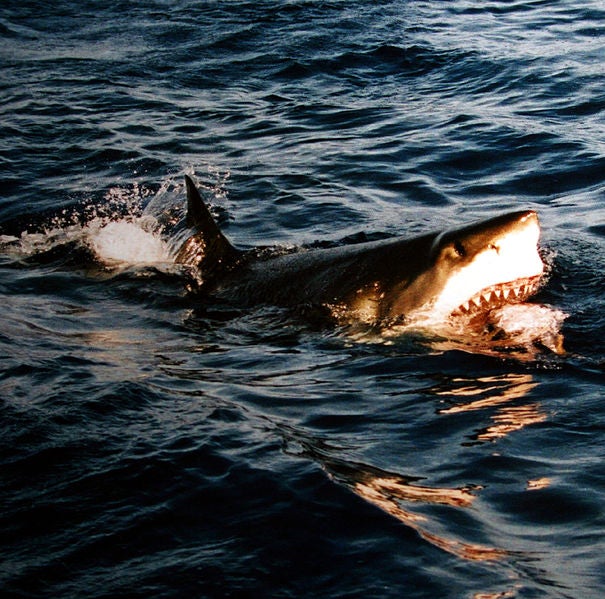 Besides donning swimwear and slathering on sun lotion, visitors to Australian beaches may also want to check Twitter to see if there are any sharks nearby. The government in the state of Western Australia has now fitted 338 sharks, including great whites, with acoustic tags which send an electronic signal to shore-based receivers when the animals come within about a half mile of the beach. When this happens, the sharks’ location is tweeted out by the Surf Live Saving Western Australia (SLSWA) account. Tweets also include the sharks’ species and size.

Chris Peck, from SLSWA, told Sky News that the shark tweets will notify swimmers much faster than traditional warnings on the radio and in newspapers. There have been six fatal shark attacks in Australia over the past two years, most recently in November, NPR reported.

It should be noted that of course not all sharks have tags (duh), so a lack of tweets doesn’t mean an absence of sharks. And the mere presence of a shark doesn’t mean that swimmers are necessarily in mortal peril. “Just because there’s a shark nearby doesn’t mean to say that there’s any danger,” Kim Holland, a marine biologist at the University of Hawaii, told NPR. “In Hawaii, tiger sharks are all around our coastlines all the time, and yet we have very, very few attacks.”

Although Australia has had more sharks attack than any other country, the animals still present a relatively tiny threat to humans. Fewer than ten people are killed every year by sharks worldwide–in the United States alone, cows kill more people every year (about 22).

The state of Western Australia plans to begin catching and killing large sharks in designated areas near Perth and some popular beaches, starting Jan. 10. But thousands are expected to protest the decision this weekend, and 100 scientists co-signed a letter to the State Goverment calling on it to abandon the shark cull and adopt non-lethal measures to protect beach-goers. Most scientists agree that shark culling is ineffective at preventing attacks, since many large sharks are highly mobile, and don’t stick around any one area for long. Scientists agree that sharks are in trouble; about 100 million are killed every year, partially due to demand for shark-fin soup, an Asian delicacy.