How To Grow Weird Lifeforms From The Bottom Of the Sea 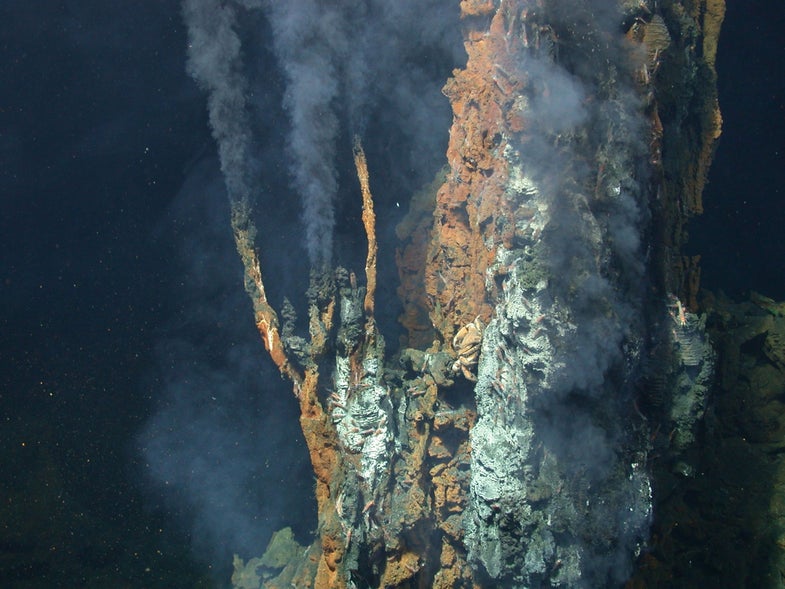 Anna-Louise Reysenbach has been to bottom of the Atlantic Ocean, the Pacific Ocean, and Mexico’s Sea of Cortez. Sometimes she sits on ships atop the waves while sending robots down to such locales. Other times she goes herself, sealed inside submersibles that bring her safely to hydrothermal vents located more than a mile beneath the surface of the sea.

Reysenbach is an extremophile hunter who seeks to understand Earth’s most otherworldly microbes. She scoops up microscopic critters from vents spewing sulfides and water that’s hundreds of degrees Fahrenheit in temperature. Then she takes the microbes back to her lab at Portland State University to try to grow them in petri dishes.

To date, only a fraction of the world’s microbe species have been discovered, and even fewer have been studied in the laboratory. Growing new microbe species in petri dishes helps scientists learn about how they contribute to the environment, and how they might be useful to humans. It also helps scientists find new enzymes–proteins that the microbes use to break down molecules and build new ones.

Reysenbach’s lab has been the first to grow dozens of species of extremophiles. It’s a feat that involves figuring out the needs of some pretty alien organisms. “Basically, you have to second-guess what a microbe is eating,” she says. “What kind of carbon? How much? Is too much going to kill it?”

Work like hers is the first step to finding novel biotechnology products, such as enzymes that could manufacture biofuels, extract precious minerals from mined rock, or help out with household cleaning. Recently, Reysenbach’s lab became the first to grow an Archaea microbe that’s common in super-hot, undersea vents all over the world. Working with biologists from Vanderbilt University, she and colleagues discovered the species makes a natural antibiotic, perhaps providing a new tool to fight disease as bacteria become increasingly resistant to known antibiotics. 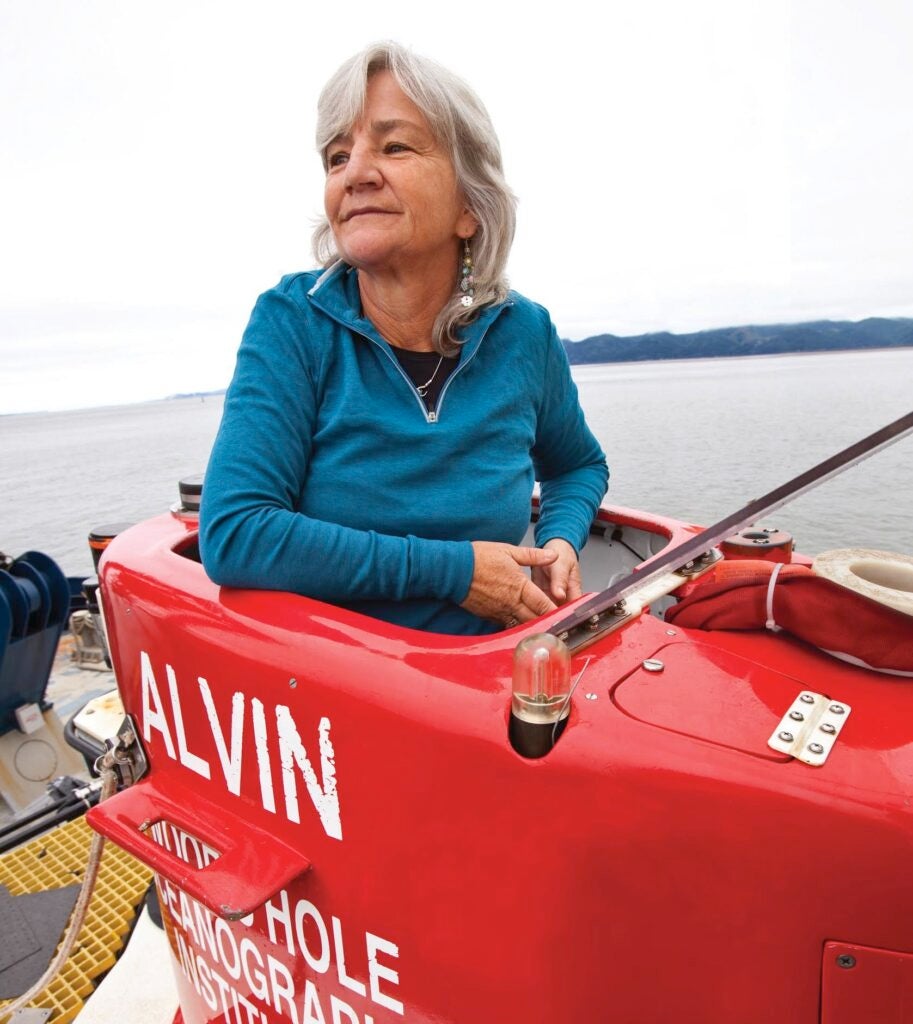 Popular Science caught up with Reysenbach recently over the phone. Read on to find out how to grow heat-loving thermophiles, plus learn what popular tourist site is actually a hotbed for extremophile diversity.

Popular Science: Give me an overview of what your lab does.

Anna-Louise Reysenbach: We are interested in microbial diversity and ecology in high-temperature environments, thus in terrestrial hot springs and deep-sea vents. We use molecular methods to identify what’s in these environments. We’re also able to grow some of the previously difficult to grow microbes from some of these places.

PS: What are some of the practical applications of your research?

AR: Most of my work is just very basic research: the discovery of novel organisms. You never know what novel applications you might find in these organisms.

For example, Taq polymerase, the enzyme that amplifies huge amounts of single genes and that revolutionized molecular biology—that enzyme was from a microbe from the hot springs in Yellowstone National Park, originally. That microbe was grown out of pure curiosity, not with the idea of having biotech implications.

All our detergents have enzymes in them, so they can break down oils and fats. Enzymes taken from high-temperature organisms could go into laundry detergents. If you’re going to wash your clothes at high temperature, you want the enzymes to be stable.

There are lots of those real, practical applications for more stable enzymes.

“You have to screen a lot of organisms in a lot of environments to look for new products.”

PS: How often does it really happen that scientists like you find a microbe that’s useful for practical applications?

The multi-million dollar enzymes are far and few between, but when they make it, they make it big. I think that’s why you have to screen a lot of organisms in a lot of environments to look for new products.

PS: Do people usually take the enzymes from these microbes for practical applications, or do they use the whole microbe?

AS: Most of the time, they use the enzymes. Then they can copy it into something that can grow in high abundance.

PS: So let’s say you’ve brought a new extremophile back to lab. How do you keep it alive and coax it to reproduce?

AS: All life needs carbon and energy. I start with the carbon. You can use all sorts of complex organics that have everything in them, so that way something in that complex organic mix, they’ll probably use.

I use my understanding of the geochemistry of the hot spring, to figure out what is the ideal geochemical environment.

Then you hope for the best.

PS: How often do you fail to grow microbes?

AS: Fifty-fifty, I think.

PS: That’s much better than I would have guessed.

AS: I’m pretty targeted about what I look for. It’s estimated we can only grow one to ten percent of all the microbes on the planet, but if I’m looking for something specific, I generally get it, or I don’t.

“When you discover a deep sea vent that no one has ever seen and been to and you are the first human, it’s like going to Mars, right?”

PS: What are some of the places where you look for these heat-loving microbes?

AS: I work all over the world in terrestrial hot springs. I was last in New Zealand, but we’ve been in Iceland and Yellowstone.

I’ve worked in deep sea vents in the mid-Atlantic ridge and also off the coast of Mexico, in the Sea of Cortez. There’s a really beautiful deep sea vent environment there.

I’ve been in the western Pacific and also off the coast of Costa Rica. So many different places. I travel too much.

PS: Is there a place you like the most?

In April, we’re going to an area just off the coast of Tonga, near Fiji, which is a deep-sea vent area that is one of the most seismically active areas in the world. In a very short area, 250 kilometers, we have got some very different vents where we’ve seen remarkably different microbes from north to south.

I was part of the research crew that discovered the vents. When you discover a deep sea vent that no one has ever seen and been to and you are the first human, it’s like going to Mars, right? So, for me, that area is really interesting.

Another favorite place is Yellowstone, actually. I love Yellowstone. It’s one of the most interesting and diverse places for heat-loving microbes because you’ve got these huge differences in chemistry and temperature and pH.

Corrected December 8, 2014: A previous version of this Q&A said heat-loving microbes have been used to extract more minerals from mine tailings in Nigeria. While this practice does occur, Reysenbach did not say it occurred in Nigeria, in particular; I misheard her. In addition, this Q&A previously said Tonga is in Fiji. Tonga is near Fiji. I regret the errors. -FD