Holy reticulated snake spine! A fossil reveals a 2,500 pound prehistoric python (along with some surprising facts about global temperature) 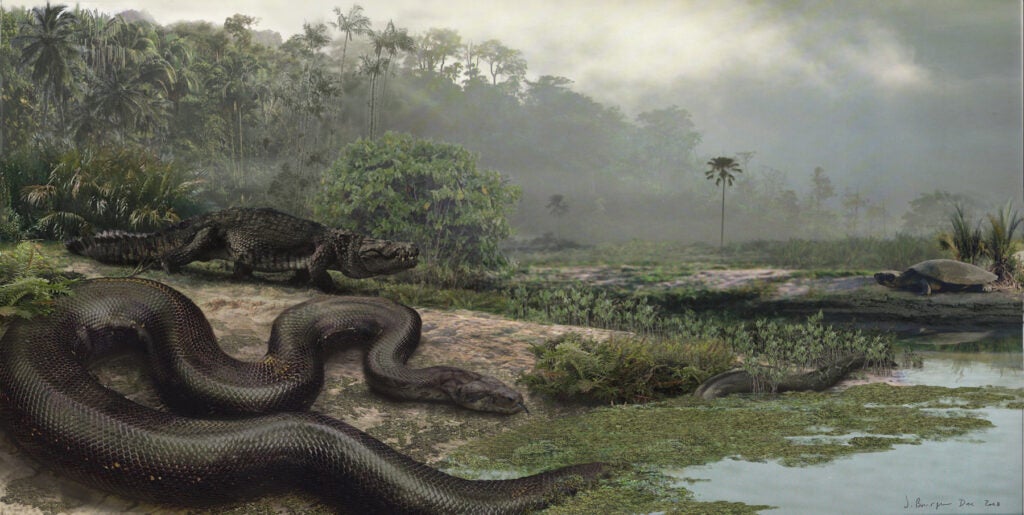 An artists conception of the snake in its natural habitat, 60 million years ago.

Any character in a B-list film would yelp “Snake? Snaaaake!” upon spotting a specimen stretching longer than a school bus – and now scientists have uncovered the remains of such a beast.

A research team found the vertebrae of the 43-foot long snake down the Cerrejon Coal Mine in northern Colombia. Their report appears in Nature this week, and gives a conservative estimate that the snake weighed 2,500 pounds when it lived 60 million years ago. 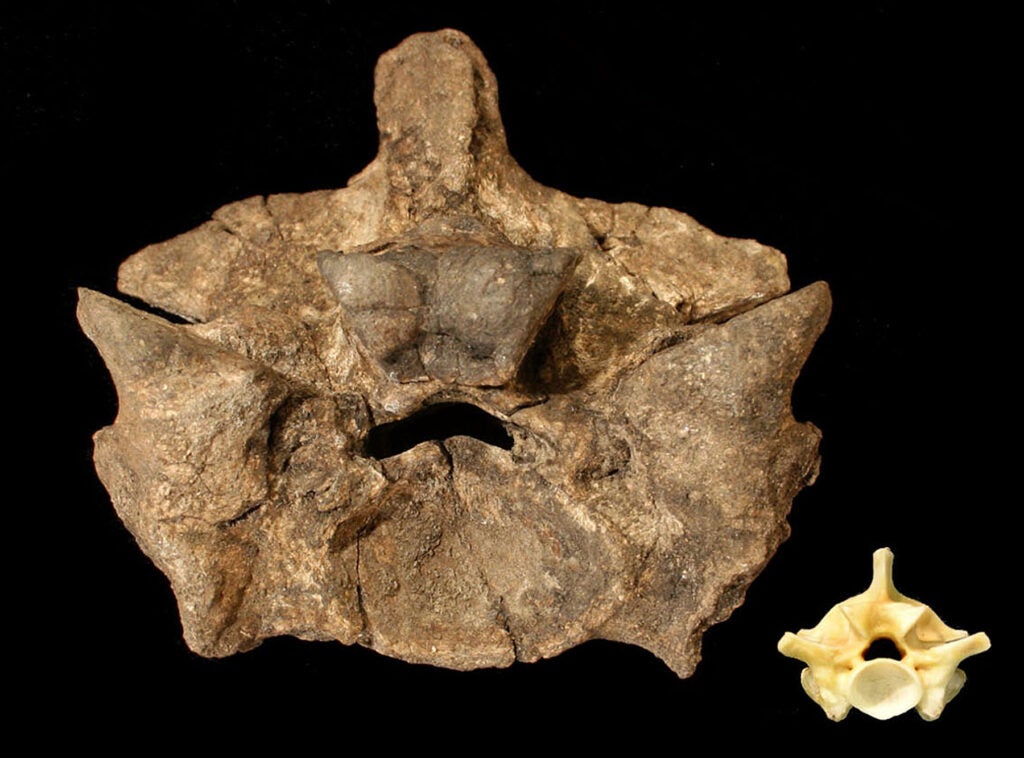 A comparison of the fossil vertebra (Titanoboa, left) and a similarly placed vertebra from the spine of a 10-foot-long boa constrictor (right).

“At its greatest width, the snake would have come up to about your hips,” said David Polly, a geologist at Indiana University-Bloomington. “The size is pretty amazing. But our team went a step further and asked, how warm would the Earth have to be to support a body of this size?”

“Tropical ecosystems of South America were surprisingly different 60 million years ago,” Bloch said. “It was a rainforest, like today, but it was even hotter and the cold-blooded reptiles were all substantially larger.”

The new find represents an ancient relative of non-venomous constrictors, which wrap themselves around prey to suffocate them before swallowing whole. That contrasts with the approach taken by smaller, poisonous snakes.

Scientists also found skeletons of giant turtles and crocodilian relatives near the “Titanoboa” remains – possibly examples of the prehistoric monster’s prey. That seems to fit with a general evolutionary drift toward “bigger is better,” even if smaller has its advantages under other circumstances.

“Truly enormous snakes really spark people’s imagination, but reality has exceeded the fantasies of Hollywood,” Block noted. “The snake that tried to eat Jennifer Lopez in the movie Anaconda is not as big as the one we found.”
Yep. That’s one solid snake.