Antarctic emperor penguins may be adapting to diminishing sea ice by scaling towering coastal glaciers to lay their eggs. 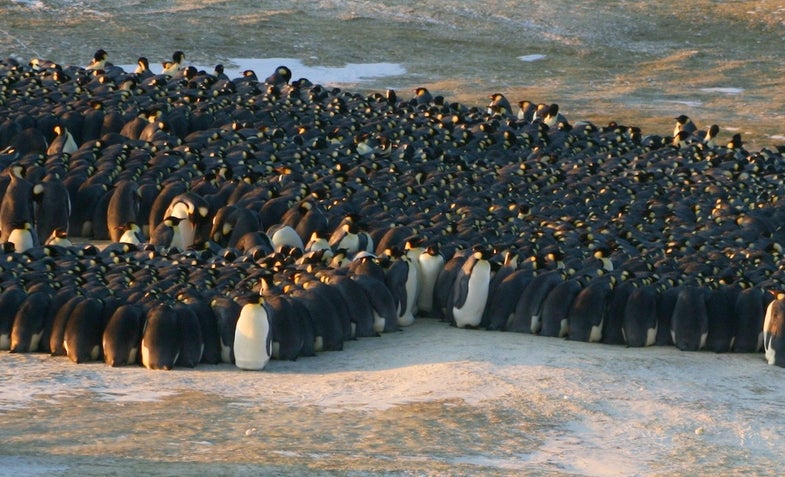 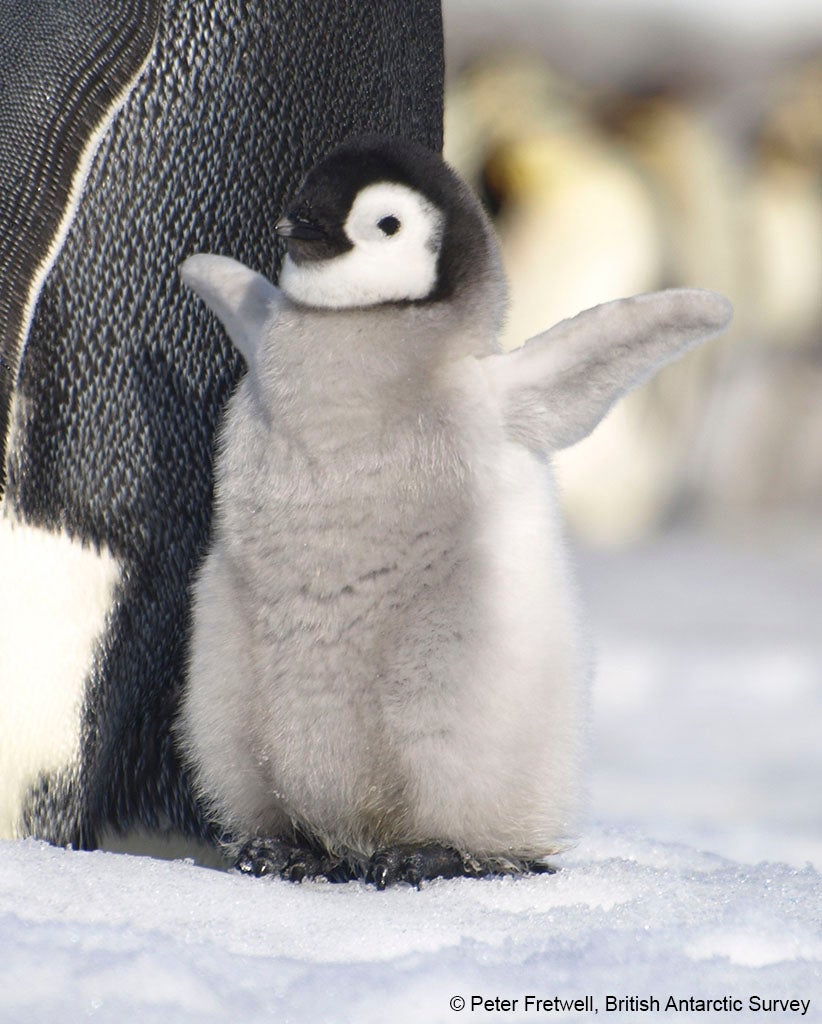 Antarctic emperor penguins are showing an unexpected ability to adapt to the unstable climate.

Using aerial surveys and satellite images, an international research team has discovered four breeding colonies of emperor penguins that have re-located from sea ice floating on the ocean’s surface to the tops of ice shelves: thick glaciers that extend from Antarctica’s interior to the coast.

It’s an amazing finding because ice shelves can tower over 300 feet above the ocean’s surface, and emperor penguins are fairly clumsy creatures on land. How did they do it? The study found that two of the bird colonies traveled some miles to ascend their ice shelves via more gently-sloping gullies before reaching their ultimate breeding sites. This suggests that the other two colonies also sought out penguin-friendly creeks or ramps onto the higher ice.

Over observations go back five years—the largest data set in the study—a penguin group dubbed the “Shackleton Ice shelf colony” demonstrates the adaptive behavior that has so surprised the researchers. The breeding colony of around 6,470 pairs found stable sea ice in March of 2008, 2009, and 2010, when they returned to lay eggs and raise chicks. But the sea ice formed late, in early- to mid-April, in 2011 and 2012. Rather than look for different sea ice, the penguins walked about 3 additional miles eastward, finding gently sloping ice creeks that provided routes to the top of the 110-foot ice shelf.

“The birds show remarkable fidelity to the site,” write the researchers, “changing their breeding platform in preference to changing the breeding location when April sea-ice conditions become unsuitable.” The Shackleton Ice shelf extends roughly 248 miles along Antarctica’s eastern coast; it is in the northernmost range of Emperor penguins.

Emperor penguins, the hardy and devoted bird parents featured in “March of the Penguins,” have long been known as a “sea-ice obligate” species: an animal that habitually breeds on the layer of frozen seawater on the ocean’s surface. Scientists and conservationists fear that by mid-century, climate change will destabilize Antarctic coastal sea ice patterns enough to slash the Emperor population by half. So this newly-observed ability to surmount and nest on tall ice cliffs—or “change their breeding platform,” in the words of the scientists—is encouraging for anyone hoping that cold-loving animals can survive global warming in the wild .

But even this won’t solve all the challenges that loom before Emperor penguins. The ice shelves are harsher environments for raising young than sea ice, less sheltered and more exposed to Antarctica’s katabatic winds. Getting on and off the ice shelves may be using up energy the birds need for long-term survival, even as changes in sea ice affect the food web the emperor depends upon. And even massive ice shelves are vulnerable to human-propelled climate warming: Witness the speedy collapse of the Wilkins Ice shelf in 2008.

All great reasons to do more science, according to the researchers, by continuing to study these and additional penguin colonies. “Emperors are often portrayed as a barometer for the ecosystem,” they write,