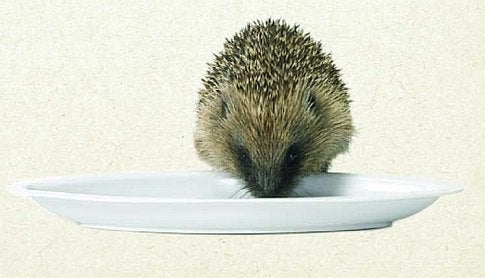 Equal parts memoir, history book, and field guide, The Hedgehog’s Dilemma provides an overview of one of the world’s quirkiest mammals, as well as Warwick’s personal hedgehog-related adventures that have taken him from the UK to China and back.

Warwick’s work is thorough and informative, particularly with respect to the European hedgehogs native to the UK, where the majority of his tale takes place. The book includes basic hedgehog facts about habitat (they like hedges), diet (mainly insects and slugs), and poop (an inch or so long, blunt on one end and pointed on the other). It also explores more complex issues like the debate over conservation versus culling, the role of the hedgehog in literature and philosophy, and why people across the world have such an affinity for the animal.

Warwick’s own love affair with the hedgehog began when he was hired to observe orphaned hedgehogs that had been rescued due to sickness or abandonment to see if they would display normal nesting, mating, and other hedgehog behavior once released back to the wild (for the most part, they did). Some of the best parts of the book describe these adventures, where Warwick tracks hedgehogs with old-fashioned radio transmitters through farms and fields in the dead of night, sometimes traveling over a mile in a single night, tripping over the countryside and braving badger fights.

Most shocking among the passages on this scientific project, however, occurs after Warwick encounters his fellow researcher frying up some hedgehog — roadkill, not a specimen from the study — for dinner. Warwick, a vegetarian of over twenty years, then dedicates three pages to hedgehog-eating anecdotes from acquaintances and excerpts from other books, complete with recipes (hedgehog spaghetti carbonara, anyone?). This makes for an unsettling read, particularly descriptions of baking the animal in clay so that the spines pull away from the flesh easily when the meal is ready.

Warwick’s later work drew him into the debate regarding conservation, which mainly centers on the issue of whether or not hedgehogs are pests. The most vocal anti-hedgehog groups are bird conservationists. Across the UK, bird lovers are at odds with the hedgehog, and many blame the mammal for overindulging on bird eggs and causing disruptions to bird colonies.

The two main conflicts covered by Warwick happened on the Scottish islands of North Ronaldsay and South Uist. In both cases, local authorities tried to get rid of hedgehogs after they were blamed for harming bird populations — in North Ronaldsay the solution was to export them as pets, but in Uist they preferred the more sinister approach of culling — killing the animal on sight. Warwick participated in scientific research in both cases that helped prove the hedgehogs were not the main culprit, although not before hundreds of the animals were exported or killed. 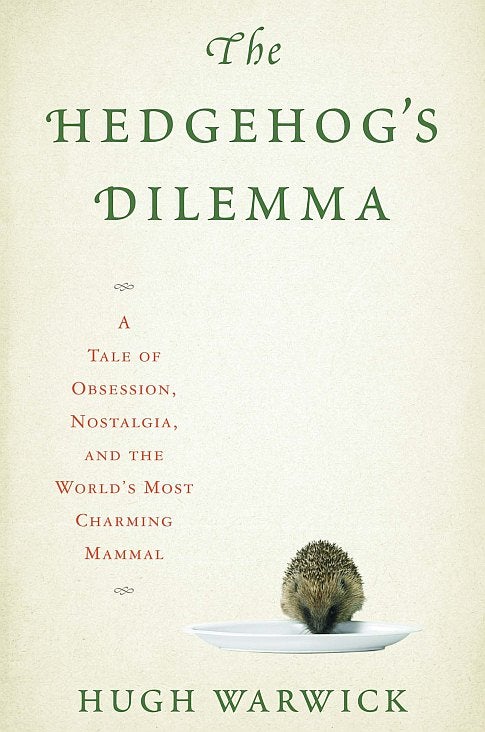 More endearing chapters describe visits to the homes and clinics of hedgehog carers across the British countryside, who nurse hundreds of sick and injured hedgehogs back to health before releasing them back to the wild each year. Some of these carers are so dedicated that they’ve given their homes and lives over to hedgehog rehabilitation. One example that shows the deep love that carers have for these animals is Caroline Gould, who started a rehabilitation center full-time after her husband told her “either the animals go, or he goes,” of which she reminisces: “Took me a good thirty seconds to think that one through.”

American pet hedgehog owners beware: while Warwick forays into this world, he remains wary and somewhat critical of keeping the animal as a pet. While he dedicates an entire chapter to the African Pygmy hedgehog, the one most common to pet stores across the country, and even describes his experience showing an entrant in the International Hedgehog Olympic Games as a favor to a friend, he questions breeding the animals for pets and for show. As with other purebred pets, hedgehog inbreeding can lead to debilitating illnesses. Among these is Wobbly Hedgehog Syndrome (yes, really), which is a little like multiple sclerosis, is always fatal, and seems to only hit pet African Pygmy hedgehogs in the U.S.

It is possible that Warwick is too thorough — many asides and tangential stories sidetrack the narrative and cause it to meander and drag. The author seems aware of this, and there are even moments where he writes “Where was I?” before getting on with his main point. This is unfortunate, because it is tempting to put the book down long before the final chapter, in which Warwick makes an impassioned case for the hedgehog and which is the best part of the book. And while Warwick’s dry British humor can be funny, the jokes fall short more often than not.