How The U.S. Government Is Shutting Down Antarctica 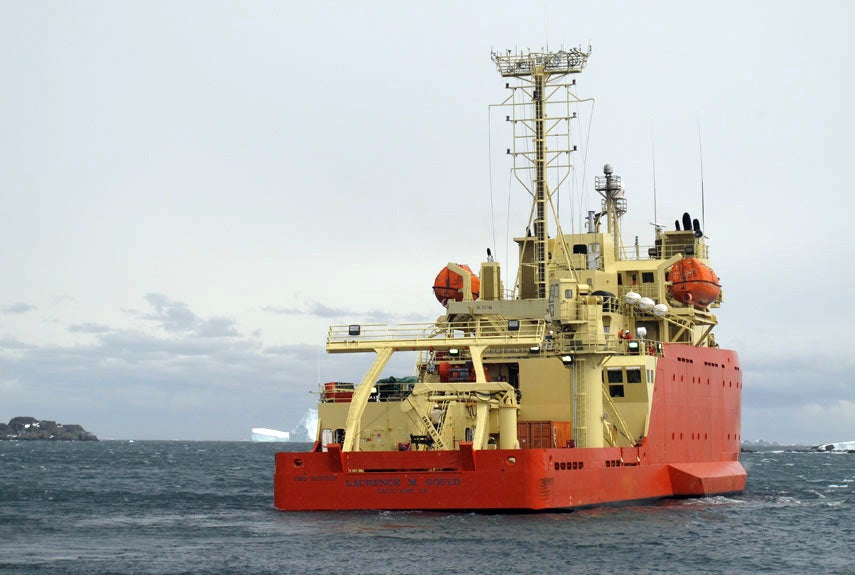 As the icebreaker Laurence M. Gould barrels south through the Drake Passage, cutting through the largest ocean current in the world, its portholes look exactly like a row of front-loading washers. Waves relentlessly churn against the glass. Above decks, they crash over the stern. Passengers—those that aren’t sleeping off seasickness meds—place their dinner plates on sticky mats and learn to walk with the ship’s rolling gait. This is the only way to reach Palmer Station, the smallest of the three U.S. Antarctic research stations. It takes four days. And the scientists who arrived there last week are about to make the same journey back.

But for them, a quick round-trip through some of the world’s roughest waters is hardly the worst part of the government shutdown. Last Tuesday, the U.S. Antarctic Program, funded by the National Science Foundation, announced it would be sending the three U.S. Antarctic stations into “caretaker” mode, suspending all research activities not essential to human safety and the preservation of property. By Thursday, all of the scientists at Palmer will be sent home, leaving the station with a skeleton crew of about a dozen contractors; if the shutdown continues, the disruption to the Antarctic summer research season could be catastrophic.

“We have 22 years of data showing the summer snapshot in this area that’s changing really rapidly,” says Oscar Schofield, an oceanographer at Rutgers University. “If we go to disaster scenario, where the whole season is lost, we’ll have a gap. The whole point of a time series is to have continuous data so that you can talk about the trends in the system. So that would be tragic.” Hugh Ducklow directs the long-term ecological research project at Palmer: “Once it’s gone, it’s never coming back—we lose this data forever,” he says. “Because of the nature of our work, where we’re analyzing long time series of data, as soon as you start getting breaks, some of the analyses become impossible. A lot of the scientific value of the past 22 years can be damaged by a single missed year.”

Scientists at Palmer have been meticulously studying the Antarctic marine ecosystem—including all of the life in it, from microbes to penguins—every year since 1990. As a result, they’ve found themselves in the hot seat of climate change. The mid-winter air temperature along the West Antarctic Peninsula, where Palmer is located, has increased by 11 degrees Fahrenheit over the past 50 years—five times the global average. Scientists have also documented stronger surface winds, cloudier skies, more snowfall, less ice, and warmer ocean water. Understanding the significance of these changes in Antarctica, where the ecosystem is relatively uncomplicated, could help tease out effects to other areas of the globe.

Some scientists have been gathering data at Palmer for even longer. Bill Fraser of the Polar Oceans Research Group has been studying seabirds there since 1974. His team has shown that the population of Adelie penguins breeding on nearby islands dropped 30 percent over the last three decades—a decline related to a suite of environmental changes, such as less summer sea ice, less krill, and more spring snow. “We have this incredible long-term, documented ecological story and all of a sudden there’s a break in that story, and we’re left with this critical missing year that you really don’t know anything about,” he says. “It’s a total blank in the database. It’s a very serious impact.” 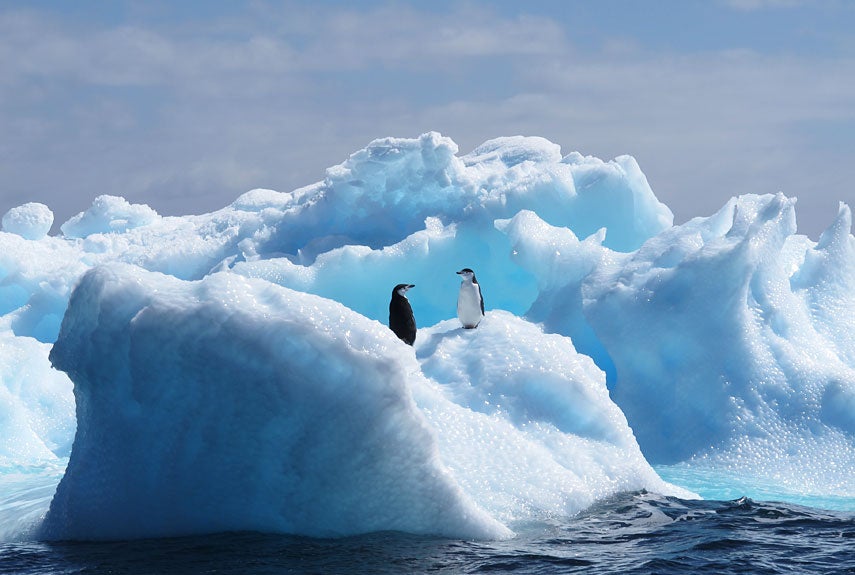 Fraser says a particularly critical database documents southern giant petrels. His team outfits the birds with satellite tags to trace their 2500-kilometer round-trip to feed during the Antarctic summer. The birds’ population steadily increased from 1974 to rough 2005, but then it began to vary wildly. Fraser suspects the influence of longline fisheries, an impact he’s just beginning to tease out. For this species, skipping a year of data collection “would be something from which there’s almost no recovery,” he says. “We would miss a group of first year breeders, or young birds, which ripples back to understanding survival rates and other things.

In addition to the longterm research that takes place at Palmer, there are plenty of graduate students whose careers hinge on a single research season, which is now in jeopardy. Cat Luria, a PhD student at Brown University, is one of them. She’s studying how microbes, at the base of the oceanic food chain and global carbon cycle, are affected by the seasonal transition from winter to summer. Her team is being sent home smack in the middle of that transition. “Graduate students and postdocs need to produce results within a short period of time. Many, including myself, spent years working up to this field season,” she says. “I imagine this will be a major set back for many graduate students, impeding their ability to graduate on time or at all and get a job after graduation.”

Doing scientific research in Antarctica is incredibly important, and expensive. According to a March 2012 article in the NSF-funded Antarctic Sun (whose staff also appears to be furloughed), it costs about $85 million to operate the three U.S. Antarctic research stations. McMurdo and South Pole stations are accessible via air. Palmer sits on an island along the outstretched finger of the West Antarctica Peninsula and is supplied only by ship from Punta Arenas, Chile. When I visited the station, for a journalism fellowship in 2010, I was told a box of pencils for arrival on May 6th would have to be ordered by the 23rd of December because supplies, including scientific equipment, take a long, involved route from a port in Long Beach, California, south to the port in Punta Arenas, where they’re loaded onto the Gould. Expediting shipments to Punta Arenas by air was slightly faster, but at the time cost nearly $5 per pound.

“What we don’t know is if the government impasse ends next week, can you just start the season back up again?” says Schofield. If it ends quickly, it’s possible that scientists scheduled to arrive later in the season may still be allowed to go. But will equipment shipped back to the United States after the shutdown arrive at Palmer again in time to be of use? Lockheed Martin, which won the contract for supporting the U.S. Antarctic program in 2011, could decide it’s not financially feasible to reopen the station, given the large investment already made in opening it once. “I think it will literally come down to the huge headaches of logistics and supply management that will ripple through the station the longer it stays closed,” Schofield says.

Right now at Palmer, scientists are packing up equipment and samples, planning on a Thursday departure—but secretly hoping that, somehow, the season can still be salvaged. “All of us are holding our breath right now,” Fraser says. “We’re kind of in a holding pattern and hoping for the best, but the news coming out of Washington sure isn’t encouraging.”